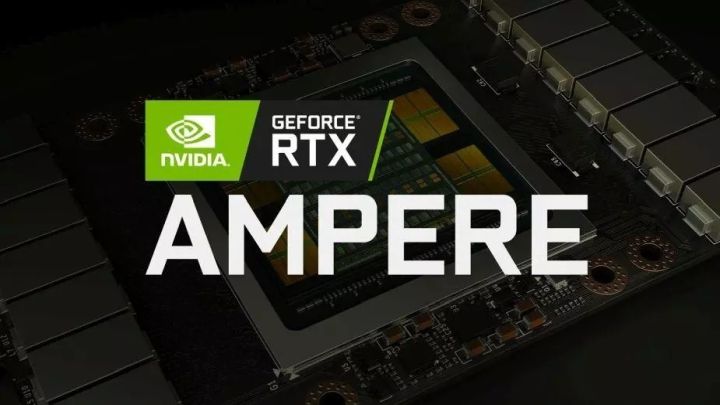 The first Nvidia Ampere GPU are expected to appear in the first half of 2020.

Rumors about Nvidia Ampere GPU are becoming more and more tangible. According to Chris Caso, an American analyst from investment company Raymond James, Nvidia intends to officially introduce Ampere GPUs at the end of March 2020 at the GTC conference, and the announcement of GeForce RTX 3070 and RTX 3080 (Ti) would take place in June at the Computex trade fair. This is not the first news suggesting that the release of Nvidia Ampere 7nm GPU (using Samsung's EUV) is planned for the first half of next year. It can be assumed, therefore, that if nothing unexpected happens, then the term will be met. It makes a lot of sense, especially with the upcoming AMD ray-tracing graphics cards that would outperform the Turing architecture of the GeForce RTX 2000 series of GeForce RTX models. Nvidia does not have to hurry with anything for the time being, but does not intend to wait idly, regardless of the future actions of the competition. The company's plans for the first half of 2020 are as follows:

All the listed graphics cards would be released in the first half of 2020. This information was also provided by Chris Caso, an analyst from Raymond James. According to Nvidia's current publishing policy, cheaper models would surely be available for sale a few weeks or months later.

Manufacturing process transition will translate into a significant increase in productivity - greater than between Pascal and Turing. A significant improvement should be noted in the operation of games that use ray-tracing, the developing graphichs technology, which, there is no denying, butchers the currently available hardware. According to unofficial reports, the new GPU would not only have more VRAM and a lower TDP, but would also work with higher clock rates. However, it is too early for more detailed specifications. What's more, a new lithography wouldn't be as expensive as Turing's, and as a result, GeForce RTX 3000's prices may be slightly lower than the current generation of cards. It would be a nice surprise after the last raises.

Finally, we would like to remind that all information must be treated with a pinch of salt, as we will have to wait until at least the end of March 2020 for its official confirmation. It is then that the new Ampere designs are to be announced, whose presentation should start with the Tesla graphics accelerator for the business market.