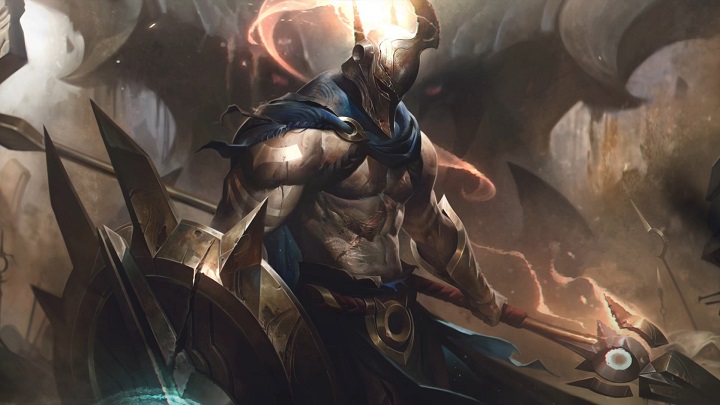 Riot Games continues to develop its most popular MOBA game League of Legends. Thanks to releasing new heroes and skins, creating timed events or refreshing old heroes, LoL has been very popular for 10 years now. Not so long ago, one of the League's oldest heroes - Mordekaiser - was completely redesigned and now the team announced the remake of Pantheon, which first appeared in the game 9 years ago.

This time Riot Games does not plan to completely change the hero. Pantheon will be refreshed to fit today's standards, but will retain his characteristics. Because of this, his story has been developed instead of modified. In the old version, a warrior named Atreus wanted to climb Mount Targon, and during the climb he became the host of the aspect of warrior, Pantheon. In an updated history, the aspect dies in battle with Aatrox (another League of Legends champion), and Atreus returns and again has control of his own body, but can still benefit from the divine powers of Warrior Aspect. 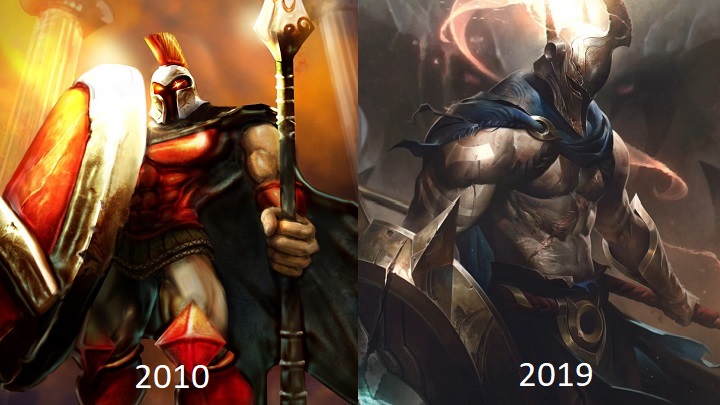 Growing up, you're doing it right.

In the case of Pantheon's skills, Riot Games did the same and instead of a complete change we will see only slight modifications. For example, his basic ability to throw a spear will now become a skillshot, which means that the player will have to be more precise when using it. His special skill, on the other hand, will hit the ground at an angle, allowing him to hit more enemies. The hero is still mainly played in the jungle or on the upper lane, and his ability to move smoothly around the map will be preserved. More about the new Pantheon can be seen in the official video from Riot Games. However, it is not known when it will appear on the official servers of League of Legends.

Of course, all the skins for Pantheon have also undergone bigger or smaller changes and we have to admit that the team of graphic designers behind the creation of artwork rose to the challenge. You can watch the backstage of their creation on the next video from Riot. In the background you will hear epic music, which is the new leading theme of Pantheon. Work on refreshing two more heroes - Fiddlestick and Volibear - is also underway and you can check their current status here.