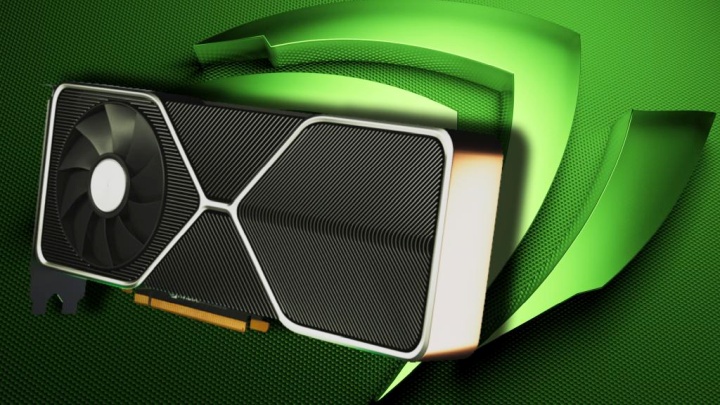 Nvidia has launched an investigation into the leak of images of new GPUs. Source: Igor'sLab

The dust has yet to settle after publication of images that allegedly show Ampere graphics cards, when a fresh ingredient, in the form of specs, lands in the rumor pot. According to the new leak, three new Nvidia models based on PG132 will be released. RTX 3080 chipsets are to have 10/11 GB of GDDR6X memory and RTX 3090 is to replace Titan RTX.

Such information comes from Twitter user known as kopite7kimi. According to the user, RTX 3080 is supposed to have 4352 CUDA units, of which the more powerful RTX 3090 is supposed to have 5248, while another leak, coming from Igor'sLab, gives more data. RTX 3080 is to have two versions, differing mainly in the amount of VRAM. More powerful one (known as Super/Ti) has 11 GB of memory, 352-bit data bus, and the "normal" one - 320-bit and 10 GB of memory. Titan's possible successor is to have 384-bit rail and 24 GB GDDR6X. The TDP will be 320 or 350 W TDP for RTX 3090. Each version will have three DisplayPort slots and one (or more) HDMI, with the strongest card offering NVlink connector.

However, please note that this information was not confirmed by the manufacturer. And Nvidia sometimes likes to play toy with the rumor scene and change some things just before the launch. The leak concerning the appearance of the new cards gained credibility when it turned out that an investigation was initiated among partner companies (Foxconn and BYD) to detect the source of the published materials. Even Nvidia's sales managers did not know the appearance of the new devices. Thus, it can be assumed that the images are authentic, but it is possible that they represent early pre-production versions. The final design of the product offered to the customer may be changed. 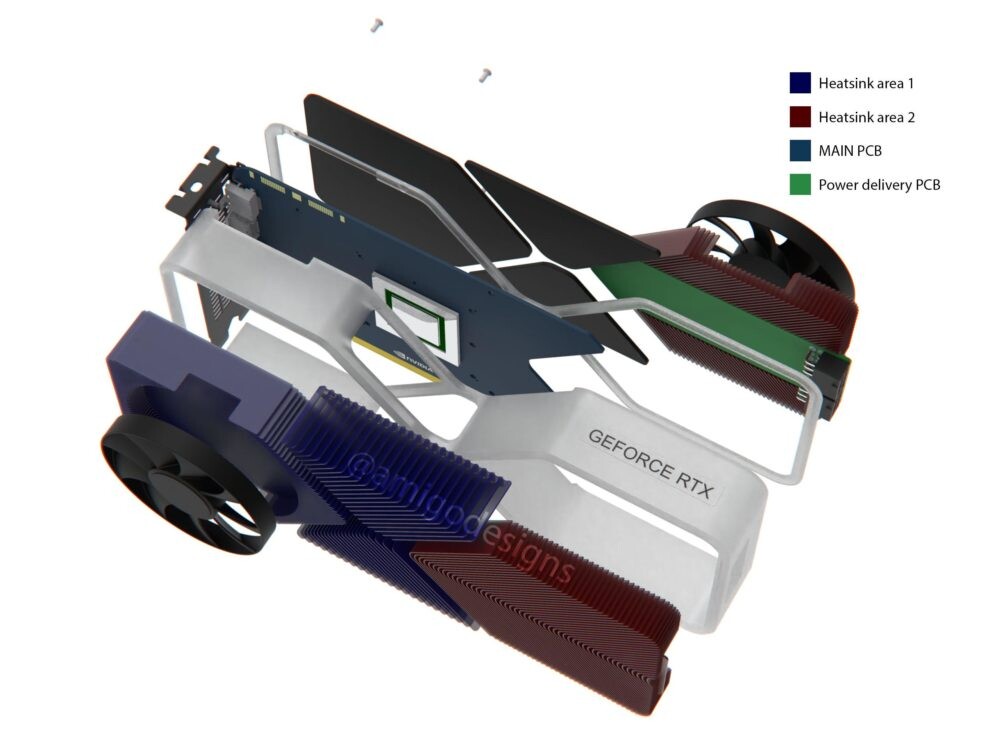 In the picture above, we can see the likely architecture of the RTX 3080. The fears about airflow that emerged in the first opinions are dispelled by the concept of side outlets in the cooling zone 1. The second fan, the one on the front side, is supposed to cool the power supply module of the card. Some people comment on this as a brilliant solution, but there are also skeptical voices. The first benchmarks will bring an answer to this question. It is worth to bear in mind that most buyers still choose non-reference models with the card manufacturer's own cooling.