The situation in the GPU market can be described in one word - disaster. Gamers who are planning to buy their dream GPU are in a similar situation to the cryptocurrency craze at the turn of 2017 and 2018. Not only that many cards are simply unavailable, but the units remaining available on the market are offered at highly inflated prices. In a way, the current situation is confirmed by an analysis conducted by Michael Driscoll, a data engineer at the software development company Oracle, who, with the help of an appropriate script, tracked the sales of Nvidia GeForce RTX 3000 GPUs on eBay and StockX.

Although this is not a comprehensive and global study (after all, only two Western sales platforms were analyzed), the number of transactions examined is large enough to make it difficult to dismiss the final conclusions. These certainly reflect the global trend, which websites and stores in other countries unfortunately have to follow.

Here are the most interesting conclusions based on the collected data: 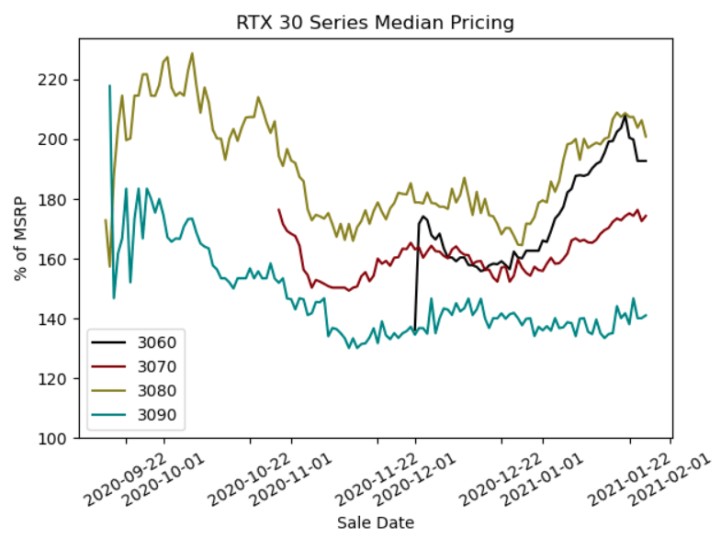 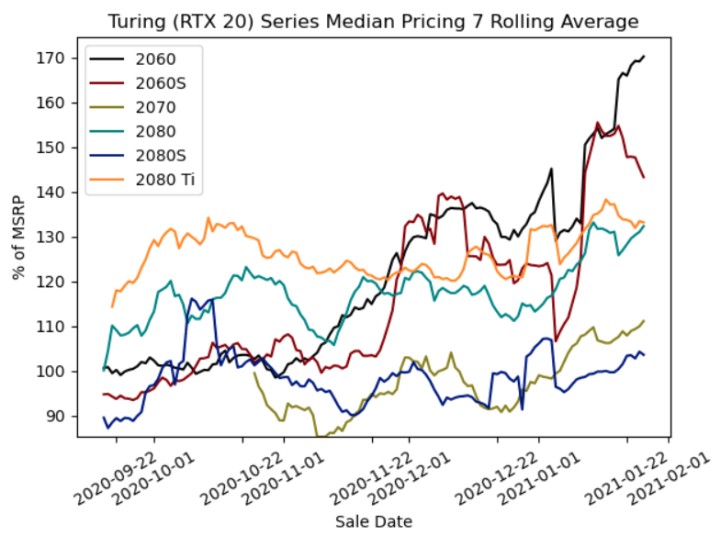 The aforementioned conclusions are not very optimistic - people are fighting for literally every GPU, which sell out on the spot, and the rising prices occur not only on auction websites, but also in online stores. The problem is also the fact that there are more and more news that provide the perfect fuel for the raging prices (recently we wrote about the rising prices of memories). The earlier information that the availability (and consequently the price) of GPUs may improve as early as in the first quarter of 2021 is probably just a pipe dream. The pessimistic scenario predicts problems in the GPU market persisting even until the end of this year.

The current situation includes not only the latest GeForce RTX 3000 graphics cards, but also - on a smaller scale due to even poorer availability - the competing AMD Radeon RX 6000. As a result of the general shortage of new hardware, also the prices of older chips representing both camps are gradually increasing . Therefore, their value on the secondary market may be higher than a few months ago or even at the time of purchase.