Valve has thrown down the gauntlet to Nintendo by unveiling its new console, the Steam Deck. Pre-orders begin today, July 16, at 10 AM PT, but not everyone will be able to reserve a device. In fear of scalpers the manufacturer has introduced a number of security measures.

How to pre-order Steam Deck?

Steam Deck pre-orders are available here. Initially, the console will be available in the US, Canada, the EU and the UK. Other regions and countries are to be added "soon". The device is scheduled to ship in December 2021.

Valve believes in the success of its console, while at the same time fears that Steam Deck - like the PlayStation 5 - will fall prey to scalpers, buying consoles with the intention of reselling them for a large profit on a wave of considerable interest. To give common gamers a chance, the manufacturer has introduced the following safeguards: 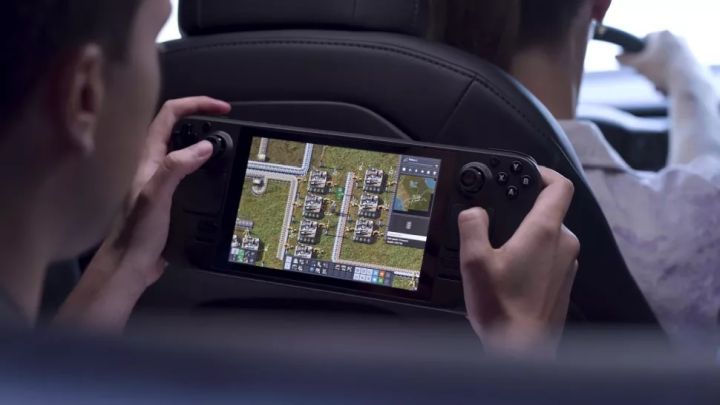 An entire library of Steam games in a backpack? Sounds good to me. Source PC Gamer.

After placing a pre-order, your account goes on the queue list. At the time when the console will be available, we will be informed of this by email. This means that the first come, first served rule applies.

You will be able to cancel your reservation at any time. If you do this within 30 days of placing the order, the money will return to your account. After exceeding this deadline, the return will go to your Steam Wallet.

The safeguards are designed to increase the chances of buying the console for ordinary gamers. Profit-seeking scalpers will place orders only after 2 days, so they will be quite far on the queue list, which should deter at least some of them. A similar function is serves by the advance payment - a token 5 dollars will not be of much use to Valve, but will force the chosen payment method to be associated with ab account and perhaps hinder the creation of thousands of multi-accounts to purchase the console.

Steam Deck will be available in three variants that differ in both price and specs:

The remaining specs are expected to be identical regardless of the price variant:

The processor and graphic chip are expected to draw between 4 and 15 watts of power. The console is also equipped with a USB Type C connector, a 3.5mm minijack output, and a microSD card slot. Valve has prepared a special page, presenting not only the full specs, but also detailed sketches of the console with all the outputs and buttons described.

The specs should allow for pleasant gaming away from the desk, although the biggest surprise may be the display. Will the resolution of 1280x800 at 7 inches give satisfactory results in a situation where we are used to higher resolutions on smaller screens of our phones? Time will tell.

He has enjoyed writing since childhood and always dreamed of writing his own book. He just never expected it to be a scientific monograph. He recently earned a doctorate in urban development, and is also working in scientific publishing, where he manages several journals and cares for the quality of the papers published there. He began his adventure with Gamepressure in late 2020 in the Tech department. He became heavily involved with the tech newsroom, and for a brief moment even ran it. Currently, he keeps an evening and weekend shift in the Tech section, and contributes to journalistic texts during the day. If a picture has a bad caption in a review, it's probably his fault. He has been playing since forever, and also likes to talk a lot. In 2019, he decided to combine both passions and started streaming on Twitch. A small but remarkable community has formed around his channel, which he considers one of his greatest achievements. He also has a cat and a wife.

EA Doesn't Give in to Blackmail Attempts of Desperate Hackers