Last weekend, the onlie edition of the DC FanDome event took place. Biggest excitement was aroused by new movie trailers and game announcements, but during the event there were also some less spectacular, but equally interesting panels devoted to projects that are at an earlier stage of production. One of them was Black Adam, a movie starring Dwayne "The Rock" Johnson.

The film hasn't been shot yet, so a traditional trailer wasn't shown. Instead, a short animated video was released, in which the actor tells the story of his character. 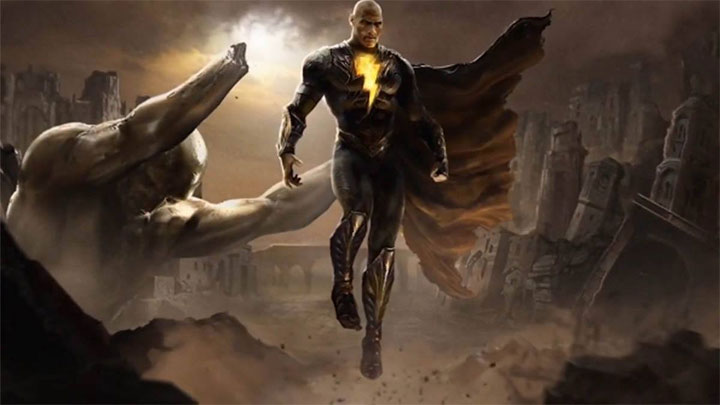 We'll wait for the film until the end of next year.

The Rock tells the story of how, five thousand years earlier, Black Adam used magic to try to bring order to the land of Kahndaq, but lost control of his own powers and led to the destruction of the country. He was imprisoned for this crime and was only able to free himself in modern times.

The video is worth attention because it shows what Black Adam's costume will look like, among other things. We can also see that the hero who imprisoned him was his contemporary version of Shazam.

The panel also revealed that in addition to Black Adam, the film will feature a group of superheroes known as the Justice Society of America, including Hawkman, Dr. Fate, Cyclon and Atom Smasher. The last of these characters will be played by Noah Centineo. It has not yet been revealed which actors will play the other heroes.

Black Adam is scheduled to be released in cinemas on December 22, next year. Warner Bros. wants the title anti-hero to become one of the most recognizable characters in the studio's film universe, so we can expect him to appear in other productions as well.