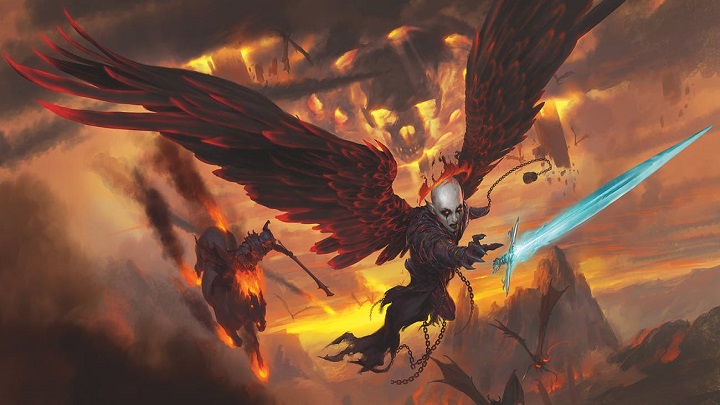 The new Dungeons & Dragons campaign introduces us to the story of Baldur's Gate III.

With the June announcement we learned that the story of the new Baldur's Gate will be connected with a campaign for the fifth edition of Dungeons & Dragons entitled Descent into Avernus, which premiered yesterday. In the latest adventure in Forgotten Realms we can learn about a story associated with Baldur's Gate III.

Although most of the fans of the iconic game know it more than well, for those of you who are not familiar with it, we would like to remind you that the action takes place in a fictional city - Baldur's Gate - which is part of the world of Forgotten Realms, created for the Dungeons & Dragons tabletop RPG system. Hence, references to the story of Descent into Avernus will appear in Baldur's Gate III.

In the latest campaign we will once again visit the city, which this time is in serious danger. Archdeviless Zariel transports selected settlements to Nine Hells, and Baldur's Gate is next on her list. Our adventure begins in the city and culminates in a trip to the frontline of Blood War, the ageless strife between devils and demons.

The suggested price for the campaign rulebook is $49.95, and a list of shops that offer Descent into Avernus can be found here.

We haven't learned the release date of Baldur's Gate III yet. All we know now is that the production will be released on Steam and GOG. You won't find it in Epic Games Store. It will be possible to have fun both alone and in multiplayer mode, and its development is supervised by Larian Studios.