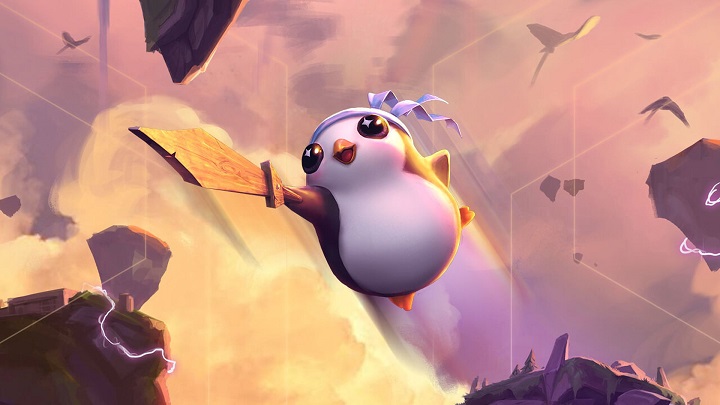 A lot of novelties in Teamfight Tactics.

It's been almost a week since the launch of the open beta of Teamfight Tactics, the new mode for the MOBA League of Legends. The game undoubtedly does not lose its popularity, and the developers are constantly introducing changes to meet the demands of players. We have just seen some small enhancements of the characters, changes in the hero draw and Twisted Fate's announcements. We have compiled all this information in one place to make it easier for you to get acquainted with the new features of the game.

The announcement of a new hero for Teamfight Tactics was published on Twitter. As confirmed by the main developer, Richard Henkel, the new character will be Twisted Fate (shown on the right in the picture below) and will appear in the game when the next patch arrives, which is in about two weeks. He will use the same skin from the same series as Graves, so it suggests that he will join the pirates as well. Henkel also revealed that the next new characters will also be released individually, which will bring more freshness to the game. 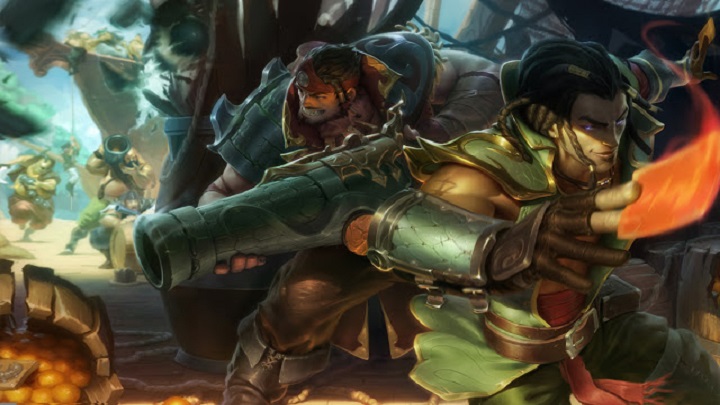 Graves and Twisted Fate will benefit from the same skin series.

You can see that Riot Games wants our team in Teamfight Tactics to be based on a variety of compositions, so instead of nerfing too strong heroes, they decided to buffing the weaker ones. Changes came mainly to Demons, whose synergy now has a greater chance of burning mana. In addition, the two Yordles - Poppy and Veigar - got a few small buffs, which may contribute to them being chosen more frequently. Several heroes will also enjoy reduced mana consumption when using their ultimate. A detailed description of the changes can be found in the graphics below. 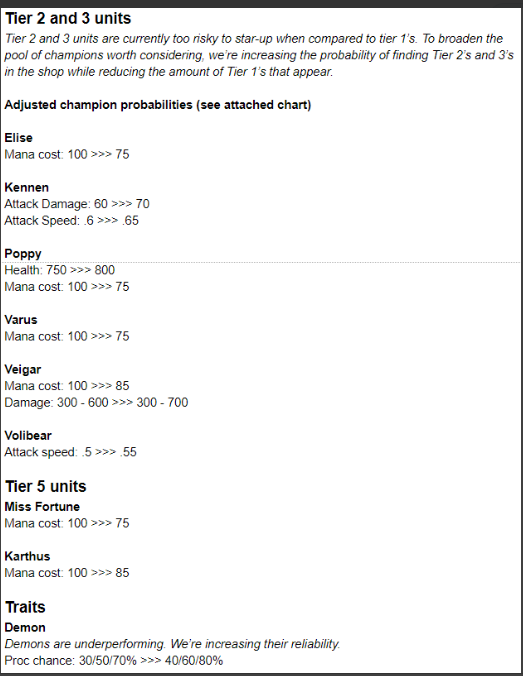 Full list of changes in the latest TFT patch.

One of the most important changes is the increased chance of drawing level two or three heroes. The probability of getting a better unit has increased by almost 5% and this will make it much easier to build a team in later phases of the game. In the graphics below you can see the exact odds of drawing a hero depending on your level. 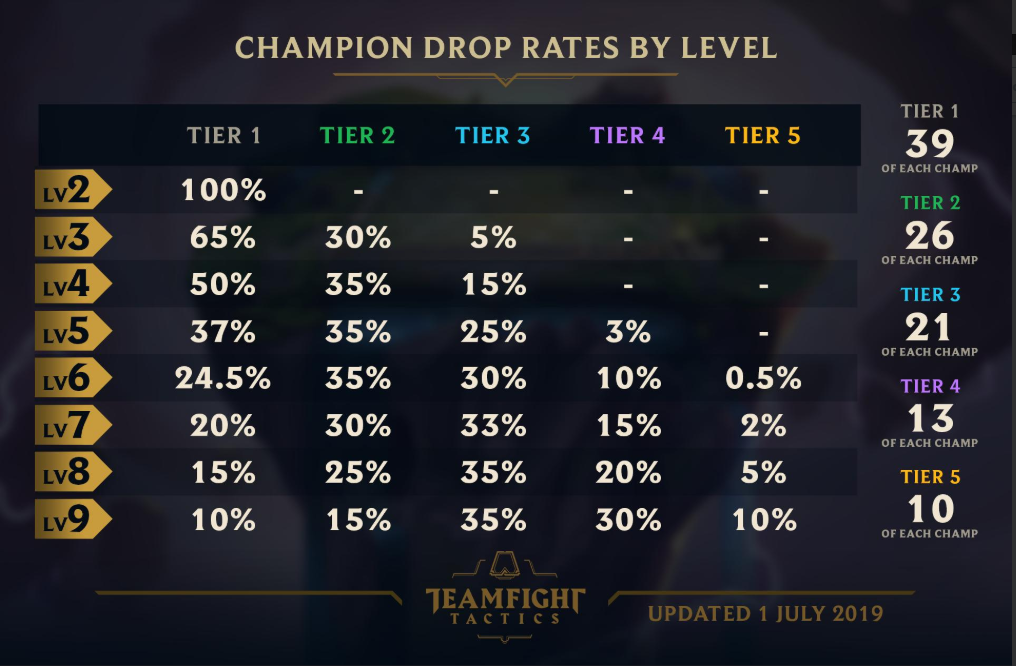 Exact chance to draw a character of a given level.

p>Many players were not happy that when playing TFT they did not gain experience points and could not perform missions related to the current Arcade event in LoL. However, the devs have answered the fans' expectations and from now on, each place in the top four will give you 6 Arcade tokens, and the places below will give you 3. Additionally, playing three games will give you a prize associated with the mission of the first win of the day, i.e. 18 tokens. Note, however, that these options are only available to Arcade Pass holders.

Riot Games has also prepared a number of missions related to the new mode. Prizes include such things as Little Legends, arena skins, random emots and icons. You can find everything in the Tactical Skirmish tab in your game client.

TFT fans should be satisfied with the pace of changes that will occur in the game. Although a lot of improvements in the balance of the game are still needed, we can only hope that until the release of the ranking games, the creators will be able to deal with the biggest problems.