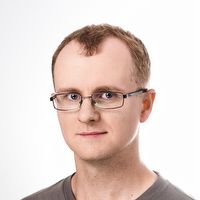 A journey to the unknown regions of Morrowind will be one of the attractions coming to The Elder Scrolls Online in 2023.

Atomic Heart's going gold means that the game will probably be released as planned. It's just a shame that the game's Steam card still doesn't confirm Denuvo implementation.

First Reviews of Forspoken are In; No Surprizes

Reviews of Forspoken suggest that the game is unlikely to compete for the title of game of the year, but neither will it end up on the 2023 list of the worst representatives of the action RPG genre.

First Reviews of Forspoken are In; No Surprizes

The Switch is an elderly platform, but according to rumors, Nintendo believes that the console is yet to say its last word.

What can Ubisoft fans hope for after the publisher's recent troubles? In this text you will find information about the French company's games scheduled for release in 2023 and those to be released in the unspecified future.

Persona 3 joined the newer installments of the series on PCs and modern consoles.

NetEase is not happy with Blizzard's decision to end its partnership. The Chinese developer has made it clear what it thinks of the American studio's decision.

Ubisoft's CEO apparently apologized to employees for the contents of an email that was said to have been misunderstood. However, this did not calm the moods.

The cinematic trailer for Hogwarts Legacy shows the locations, characters and dangers that will await budding mages.

Shipbuilding in Starfield in Detail

Bethesda is in no hurry to show new gameplay from Starfield, so players can only to analyze (or recall) previous information on ship customization.

Shipbuilding in Starfield in Detail

The volcanic land of the dead, Ashlands, will be the next biome available in Valheim, but that's not all the developers from Iron Gate Studio are preparing.

„Soon” we can look forward to a PlayStation game show, which will include titles from third-party teams.

EU Seems to Have Doubts over Microsoft Takeover of Activision

The European Commission may join the ranks of opponents of the biggest deal in video game history, Reuters reports.

EU Seems to Have Doubts over Microsoft Takeover of Activision

Hogwarts Legacy on PS5 and XSX/S will enable us to choose between multiple graphics modes, and in performance mode the developers are targeting 60 fps.

More footprints in the code of Steam prove that Valve is preparing a useful feature for people who play the company's platform on multiple devices.

A popular chatbot can do more than annoy teachers. An Internet user showed how the artificial intelligence can bring characters to life in Mount & Blade 2: Bannelord.

2023 will be a good time for RPG fans - several big titles will come out, but there's more to come. Here are a handful of lesser-known games to look out for in the next twelve months.

The Day Before on Short RTX Gameplay in 4K

The Day Before reminded of its existence. A new gameplay shows the upcoming survival game in 4K resolution and with ray tracing enabled.

The Day Before on Short RTX Gameplay in 4K

The developers of an extensive mod for Fallout 4 have reminded us of their creation. The new footage from Fallout: London shows, among other things, killer mailboxes and fully functioning trains.