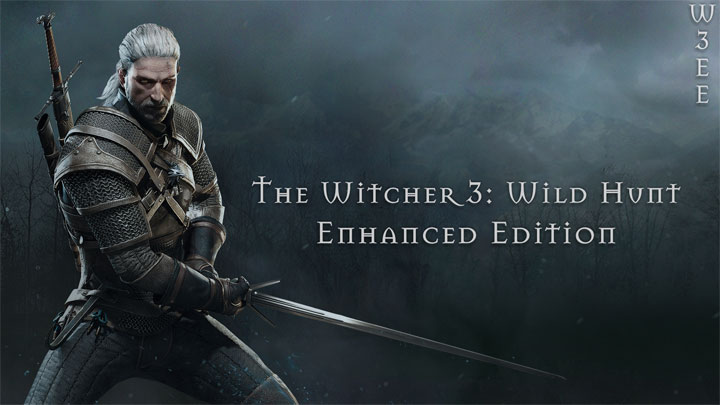 This mod completely overhauls most of games systems, especially the combat, leveling and alchemy.

There are lots of new stats like attack and dodging speed, poise, adrenaline (not the same as before), vigor, etc. These are all interconnected and have effects on regeneration rates, values and many other things.They also actively affect the gameplay, like having less health and stamina will make you attack and regenerate slower unless using certain potions. You can check the stats themselves and what they are influenced by in the character info sheet in your inventory.

A silver sword is not needed for every monster anymore. Most monsters will require a steel sword to be dealt with (although silver works too), while Cursed creatures, Vampires and Specters will only take damage from silver blades.

Vigor is what was previously named Adrenaline. It is now a regenerative stat which gets drained when taking damage. It's used to cast signs and can be inceased by drinking certain potions. It does not regenerate while Quen is active.The lower the amount of available vigor, the lower the sign intensity stat is.

Talents have been majorly overhauled and rebalanced. Most combat talents were changed, along with half of alchemy ones and a couple of the sign ones. They are active as soon as unlocked and they only need to be equipped to synergize with mutagens.You can preview the later talent levels by highlighting it and using the contextual buttons displayed on the bottom of the screen.

Yrden is a much better balanced defensive and offensive tool if upgraded and helps keep you from taking damage.

Quen is more sensical in its way of protection, shield health is based on sign intensity and currently available health and can protect from multiple incoming weak hits. The alternate version can block an infinite amount of damage, but if broken Geralt is knocked back with a huge Vigor regen delay. Vigor does not regenerate while it is active, so it's to be used wisely. While powerful, it can actually cause you harm.

Axii is actually useful in combat, unlike before. Upgrading it makes it into a spectacular crowd control tool, especially against human opponents.

Poise is the stat which dictates resistance to stagger. Both the player and enemies have it. It is calculated based on armor worn, available health, red mutagens, toxicity, etc. Higher poise means a higher chance to resist stagger from an incoming light attack (and possibly heavy attacks too, later on).

Several new speed stats are present in the mod, such as light attack, heavy attack and dodging speed, which are all influenced by currently available health, stamina, armor worn, etc. Wearing heavy armor slows you down (attacks are only affected by chest armor and gauntlets), while wearing light or no armor will increase overall speed.

Dodging no longer makes you completely impervious to attacks. If you get hit while dodging you will take grazing damage. If you are not dodging away from the opponent, you will take full damage instead. To dodge effectively actual spacing is required, while Fleet Footed greatly improves dodging capability overall in the form of stagger negation, speed, angle increase for the grazing damage and others.

The way equipment works has been completely changed. Light, medium and heavy armors all offer different base levels of protection, making each very similar to ones of their own category. There is variance in their category based on the quality of the gear (common, rare, etc) and their secondary stats.Every piece of equipment is usable and upgradable in their own way, it is a matter of preference and which bonuses work better for you, not levels.

Six new sets of unique, specialized witcher-style plate armors are available to be obtained from the grandmaster armorer in Toussaint.

Friendly HUD is now included in its whole splendor, along with some minor changes I made to ensure compatibility and remove options that were not working anymore. Make sure to click the link to read all the included features and options, and consider donating to her/endorsing her work if you have not done so yet!

Probably the biggest change in the mod, the way these work has been changed completely too. There are absolutely no things in the game that are leveled anymore. Not the equipment, not the quests, not the enemies and not even Geralt.You can explore anywhere and take on anything at the beginning of the game with the potential to be successful in your endeavors instead of being completely barred from content.

Geralt's progression happens organically through gameplay by using his innate abilities, like performing fast and heavy attacks, blocking, countering, creating alchemical items, casting signs, etc. These all increase the skill progression of their respective paths, granting you talent points for use ONLY in that path. If you brew many potions, you will be good at brewing potions. Makes sense.

Shop inventories have been updated to include empty bottles for alchemy and loot tables have been redone in a more immersive manner as to not offer incredibly valuable loot when no work was put in. Valuable loot will only be found in guarded areas or treasure hunts quests. No more random invaluable relic drops!

There is a new meditation system in place, completely removing the vanilla one. Meditation allows for the passing of time, resting and gaining of bonuses and the creation of alchemical items.If you have enough firewood available, Geralt will create a fire which allows for the creation of all manner of alchemical items such as potions, decoctions, bombs, etc. Resting for at least 6-7 hours near fires also grants you a well-rested bonus, increasing maximum vitality.

Alchemy is also... you guessed it, completely changed. Alchemical ingredients now have base components, namely Vitriol, Rebis, Aether, Quebrith, Hydragenum and Vermilion. Different quantities of these components are present in herbs and monster parts and are required to create potions.

Potions, oils and bombs are all created individually and you can make as many of them as you'd like.Ingredients can be intuitively changed in the alchemy menu by selecting the ingredient you want changed and using directional keys or the scroll wheel (if using the mouse) to cycle through them. Only available ones are displayed (unless you are at an alchemist, where you can buy any of them from the alchemy menu) and you are told what the missing ingredients are.

Matching up the Albedo, Rubedo and Nigredo secondary components also allows for the creation of potions with different secondary effects:

Alchemical items are created by opening the alchemy panel while meditating near a fire and then brewing the indended potion or making the intended bomb with the ingredients you'd like. After the menu is closed, the brewing process will commence and at the end of it, the created items will be added to the inventory. The time it takes to create items is based on the number of ingredients an item has, while the time it takes per ingredient can be changed in the menu.

Geralt's carrying capacity is lowered by a lot, but in turn you can store items in your horse's inventory and carry more overall than one could in vanilla.There are several quality of life improvements to horse inventory management such as transferring all miscellaneous items, like crafting components into it with a single button press and also inventory sorting. If you have weapons and armors selected, the stash will only show weapons and armors too.Crafting ingredients, money, etc are all automatically used when setting a fire, crafting, doing alchemy, buying items, etc as long as the horse is near.If the horse is near when you are at a shop or a craftsman, you can switch between Geralt's inventory and the horse's inventory to directly buy and sell things into and from it, directly dismantle items from it and repair items in it.

Toxicity has been changed to be a way more active part of gameplay and to make you think twice on what you drink.The toxicity of potions will remain latent for most of their duration, very slowly waning away. When the potions' effects are starting to wear off, so will the toxicity start to fade faster and faster until it clears from your system.Toxicity is now something to be very mindful of, as the threshold at which you start overdosing is 50 an it CAN NOT be increased. Drinking too many potions will end up killing you, while the amount of toxicity in your system also makes you feel more numb, increasing poise, but also impedes your health and stamina regeneration among other things.

Enemy combat styles have been majorly changed. Humans can actually fight now and will try to kill you instead of acting like idiots. They have new arrays of moves depending on what weapons they use and their AI parameters have been also changed to reflect their skill levels.Skilled swordsmen will prove to be a real challenge, especially in groups, while heavy weapon enemies will hit really hard and actually try to catch up to you instead of just slowly walking towards you, being useless.

Enemies now also have an armor system, not just the player, and armor piercing talents and runes are needed to deal with tougher enemies or ones in full plate armor.

There is also an enemy disparity system in place: Different opponents have a chance to be smaller/bigger which influences their affinity to be faster/slower and stronger/weaker. Different enemies within the same species will not be the exact same anymore.

Each melee attack has a chance to inflict several different injuries, all with their own adverse effects. There are two groups of injuries, frontal and dorsal ones, depending on where the injured character was hit when receiving one.Arm and leg injuries have a chance to make one stagger when attacking, head injuries cause severe damage and incapacitate one for some time, chest and spine injuries cause trauma and heavy bleeding.These are active for both the player and for enemies. Injuries are automatically healed once health is restored to full.

Runewords have all been changed, now there are only 3 runewords, in essence. Each one has 3 levels, making it 9 runewords you can apply. They are tiered now, the level 2 runeword requiring the level 1 first, along with the craftsman upgrade.

You are no longer invulnerable while performing them, but in turn you can choose the direction of finishers. Holding forward will attack forward during the finisher, holding left will make Geralt move right and attack towards the left side.This can be used to fend off enemies quite easily while performing finishers.

It is now a base ability of Geralt's to be able to see in the dark, which can be activated at will.

Battle Trance: Being in combat grants XP. XP is awarded at the end of combat if at least one enemy was killed. Not taking any damage grants more XP.

Download the file, open it and extract its contents into your main Witcher 3 folder (where the DLC folder is).

Open up the keybinds.txt file, select everything and copy it to the top of the input.settings file in Documents\The Witcher 3.

After that, open up the keybindsxml.txt file and copy everything from there into the input.xml file in "bin\config\r4game\user_config_matrix\pc". You should add the contents directly above <!-- [BASE_CharacterMovement] -->.

If you are updating, DO NOT add the keybinds multiple times. Always delete the old keybinds you have added and add the new ones again. If you have duplicates, some things might not work as expected.

IMPORTANT: After the mod compiles and the game starts after installation or updating, exit the game and restart it to keep bugs from happening. It seems like there might be possible problems with the game, causing weird behaviour for unknown reasons.