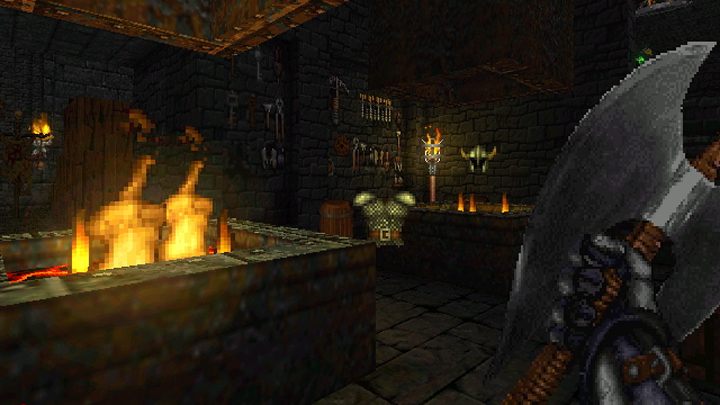 Legend : Farewell Edition is a mod for Hexen: Beyond Heretic, created by Hexen Mage Tower.

LEGEND: Farewell Edition is a an upgrade-remake of Hexen, the ultimate and the most ambitious tribute ever made to this timeless game. This mod encompasses everything i have ever wanted the original Hexen to be. But it also pays homage to some other great titles of the past: Blades of Vengeance, Witchaven, Heretic, Hexen: Deathkings, Doom, Hexen-2, Heretic-2, Blade of Darkness and Golden Axe.

Farewell Edition 8.33 is the final and the last iteration of the mod; it is both very different and vastly superior to any other version of Legend.

And let's not forget that Farewell Edition 8.33 has 6 (yes, six!) characters allowing you to crush Korax using anything from magic staves to a demonic rocket launcher. Three characters are included in Legend FW-ED as is, and 3 others are available via expansion mods (DLCs). Visit the website to learn more.