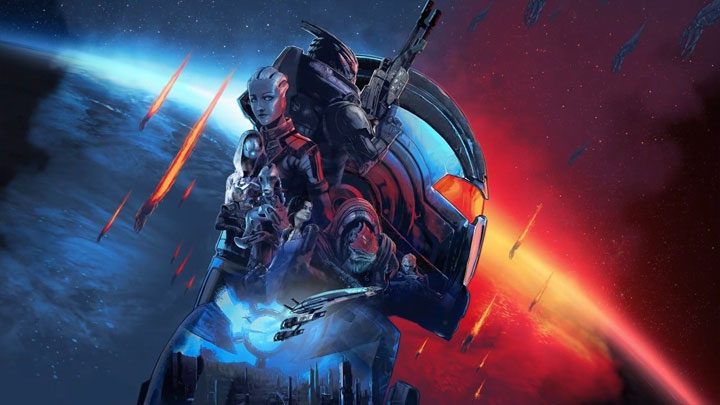 LEME1 Autosave and QOL console hacks (cheats) is a mod for Mass Effect LE (the improved version of first ME thats a part of Mass Effect Legendary Edition), created by Tromador.

Until we can access the console directly, the only way to use console commands is by unpacking Coalesced_INT.bin and adding key bindings.

This isn't terribly difficult and can be done using the LECoal tool and I thank d00telemental for making this available. After some discussion on Reddit, however, it seems that some people are struggling with this, so after being requested via Reddit I'm making my Coalesced_INT.bin file available for anyone who wants to use it.

If this is your first playthrough of Mass Effect, I strongly recommend NOT using this mod as it radically affects your game experience. This is aimed at those who've played through several times and want to be able to enjoy more flexibility in the way they can play the game. ?

After many playthroughs, I want to be able to pick any dialogue options and not be restricted to needing to either play engineer, or be forced to have an engineer henchmen to deal with locks. These commands get me there. Also dying after mapping out a whole planet and forgetting to quicksave is terribly frustrating, so for me, regular autosaves are a godsend.

By using this mod, you will be able to max your paragon and/or renegade points, endow Shepard with Decryption and Electronics skills and change your party whenever you choose. There's also a command to add a few extra talent points to cope with the extra skills. Additionally, LE still has no regular autosaves, so I have enabled those using the method from Maxgood's ME1 Autosave mod.

By request, added keys for XP and Credits.

Make a backup of this file. If my mod breaks your game and you have no backup, I will only laugh whilst you run a repair/redownload.

Replace your Coalesced_INT.bin with the version in the downloaded zip.

When in game use the following keyboard commands when outside the squad level up screen:

NumPadZero - Select a new squad from the selection screen.

NumPadThree - Give Shepard Decryption as a bonus talent.

NumPadFour - Give Shepard Electronics as a bonus talent.

Once you make these character changes, they are PERMANENT. The only way to undo them is load an earlier save. This will have a minor knock on for starting paragon and renegade levels when you import your final save to ME2.

This mod is not compatible with any other mods which require replacing Coalesced_INT.bin, such as BetterCamera.

It wouldn't surprise me in the least if any updates overwrite this file. As it's early days for LE, there may well be a few updates, so if it suddenly stops working this could be why.