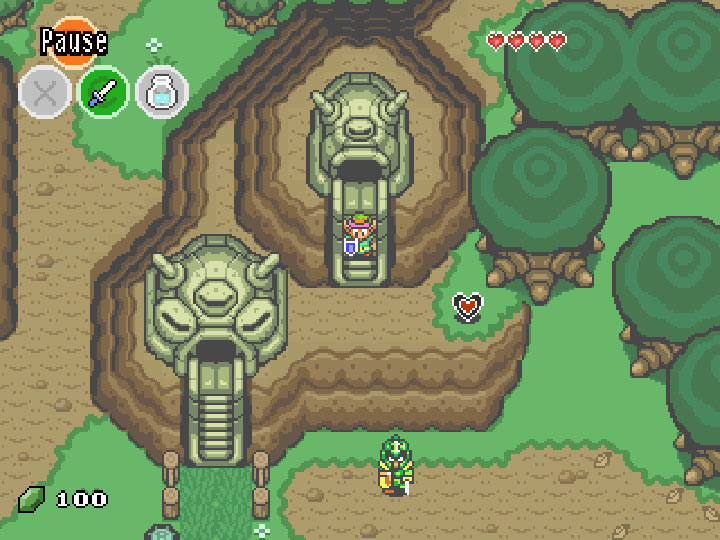 The Legend of Zelda: Mystery of Solarus DX is a free open-source game created by Solarus Team.

Mystery of Solarus DX is actually an enhanced remake of a first creation, Mystery of Solarus (without the DX suffix). This first creation, developed with RPG Maker 2000, was released in 2002 and was only available in French. The DX project was unveiled on April 1st, 2008. Its objectives were to correct the many flaws of its predecessor: the battle system, the bosses, the use of items, etc.

However, that is hardly all of it, as new graphical elements and musics have been created to accompany you throughout the game. This Deluxe version is the opportunity for you to relive the original adventure in a brand new way, or to discover it for the first time if youve never played it before!

In A Link to the Past, Ganon was defeated and forever imprisonned in the Golden Land by Hyrule's King, thanks to the Seal of the Seven Sages.

Years passed, and someday the King became affected by a strange and grave illness. Doctors and apothecaries from across the kingdom tried in vain to cure him. The king passed away, and his power vanished, weakening the Seal of the Seven Sages.

The Hero, under the guidance of his master Sahasrahla, trusted the heiress of the royal powers, Princess Zelda, with the Triforce. Zelda teamed with eight mysterious children to shatter the Triforce into eight fragments and conceal them across the kingdom. Peace was restored.

And so begins your journey, full of monsters, mysterious characters, labyrinths and puzzles...

In this archive you will find all that you need to run this game. To do so:

3. In Solarus Launcher use option Add Quest and point it to games .solarus file. Then run it using Play

Important notice: the game itself is just the .solarus file. We included the engine and launcher for your convenience. If you want to download it separately (for example is new version of Solarus is out and we havent updated this archive yet) then you can do it here:

Files for The Legend of Zelda: A Link to the Past