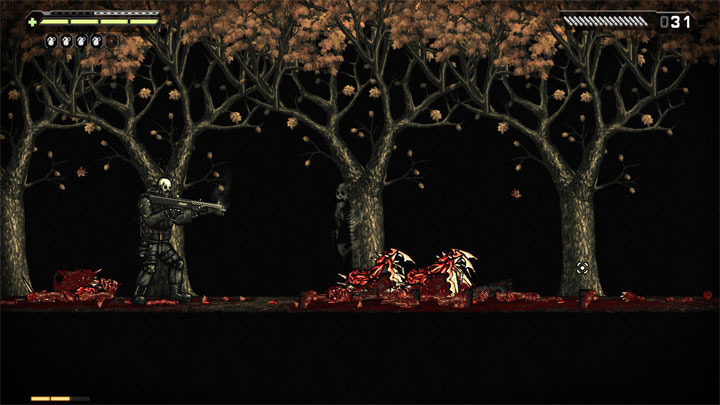 This is a demo for Leaden Sky, an ation game by Helghast_95.

Desription (in authors own words):

It heavily emphasizes atmosphere, story and exploration, taking its inspiration from games such as

It plays at a slower pace than might be expected, you'll need to be cautious with your advancement through each level and accurate with your shots, spewing ammo and going full Rambo isn't a good idea.

This game features a horror Sci-fi setting where you take on the role of Kyle Anderson, an ex Black Ops soldier who is trying to destroy The Tower - a large device built by invading enemy forces who are referred to as "Mercenaries," a nickname coined by the first reports documenting their initial activities - imprisoning the Polish city in which he lived before leaving for military service.

The Tower generates a massive force field with a radius large enough to keep the entire city contained, keeping anybody from entering or leaving as well as jamming radio waves and ensuring that all communications with the outside world are cut off.

Living creatures and pieces of the environment trapped under the force field began to show bizarre anomalies, some static or neutral, some of which are aggressive and some even being symbiotic, however the vast majority of anomalous phenomena are greatly negative with their effects gradually becoming worse with time.

As the scenario worsens, it becomes increasingly clear that the Tower must be destroyed urgently before its influence becomes too dire to salvage.