As soon as Lauren Schmidt Hissrich began her adventure with Sapkowski's universe, she was ready to compromise between staying faithful to the book's original and implementing her own ideas. However, even she had to admit that she had made far too many changes to the chronological order of events during the first season. Even so, she managed to catch the viewers' attention and turned The Witcher into Netflix's biggest hit at the time.

The second season doesn't mess with the timeline. All the events occur in the correct order. However, this chronology is hardly inspired by Sapkowski's saga. This season mixes some of the main themes from the novel Blood of Elves with selected Witcher short stories and some original ideas from the creators of Netflix's blockbuster hit. Which of these were a hit and which were a miss? This is the question I try to answer below. Let me know in the comments if you agree with my opinions!

Who is the bigger monster? Nivellen, Vereena, or maybe Geralt? 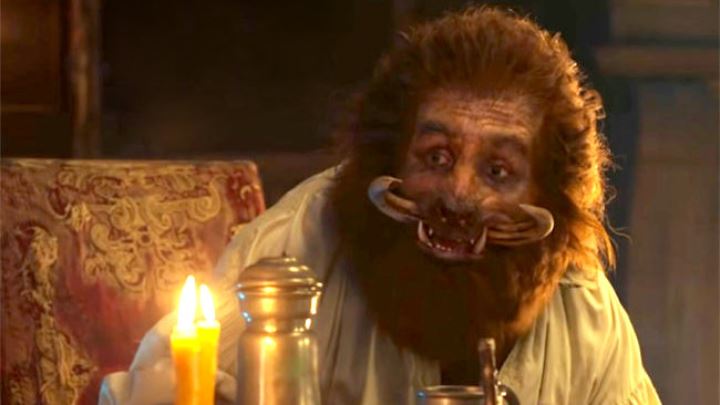 While there's no denying that the first episode of the second season of Netflix's The Witcher was based on Sapkowski's paraphrased tale of Beauty and the Beast, the series presented at least a few themes in a very different way. Nivellen's cat, Glutton, doesn't appear at all, but the discussion of her hypothetical existence could be considered a pretty neat easter egg.

Bruxa Vereena, Nivellen's lover, appears to be a softer take on the original character. She is especially fond of Ciri and doesn't want any harm to come unto her. Her character design is also visually stunning, particularly the twisting joints straight out of a horror movie. Sadly, in her vampire-bat form, she looks far more underwhelming. Here the fault lies less with the designers and more with Netflix's limited special effects budget. It's watchable, but you might get the impression that you're watching a show from 20 years ago.

Nivellen, on the other hand, turned out great. His story was presented so that his intentions aren't too obvious to viewers unfamiliar with Sapkowski's books. As it turns out, the creators decided to surprise even the fans with the ending. Nivellen's despicable deeds are only revealed at the end, whereas in the story he admitted his most vile sins to Geralt very quickly and the Witcher's indifferent reaction showed how bitter the white-haired man had become. On the other hand, Bruxa, the only person who truly loved Nivellen, as in the books, used this relationship to feed on the blood of the people from the area. Ciri's plotline spices up the episode and makes you question who was the biggest monster in the end - Nivellen, Vereena, or maybe... Geralt?