Don't be so silly! 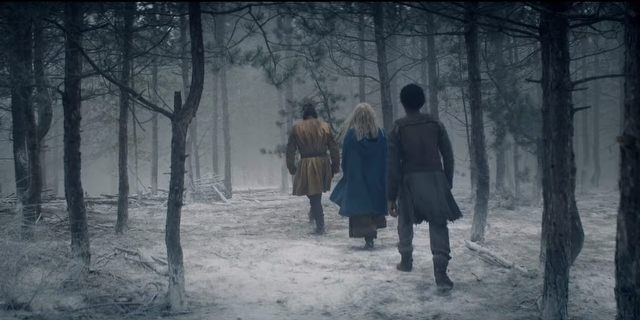 The basic rules of survival: no supplies, no warm clothes.

While random encounters are mildly amusing and they are justified in a way, but the chronic lack of logic and consequence is difficult to forgive. I will mention just a few examples, as we will probably deal with them in a separate text, because there is a lot of them. And  I must emphasize this  I am not among the people who can't stand any plot holes  and even if, I'm not particularly dramatic about them (for example, in Prometheus, all these absurdities of the scenario did not bother me at all, and I enjoyed the film). The fact that I do mind the inconsistencies of The Witcher really says something about the quality of the narrative.

If someone had told me before the show that Aretuza is powered by eels, which actually are unfortunate apprentices, I would have told them to lay off the booze for a while. I haven't seen something so stupid and ludicrous in a long time. I have no idea who came up with this idea, but I hope they're never trusted again.

In Aretuza, the accumulation of nonsense per square foot is probably the greatest, not only because the entire school seems to consist of barely five chambers and some dungeons. The icing on the cake is Yennefer's transition  a fantastically shot scene, dramatic, and perfectly intertwined with scenes of Geralt fighting the striga. But... it somehow all happens during, like, a prom night? Did the sorceress really pass this terrible mutation in 30 minutes, quickly put on some makeup and a moment later floated above the dance floor, seducing the assembled nobility? 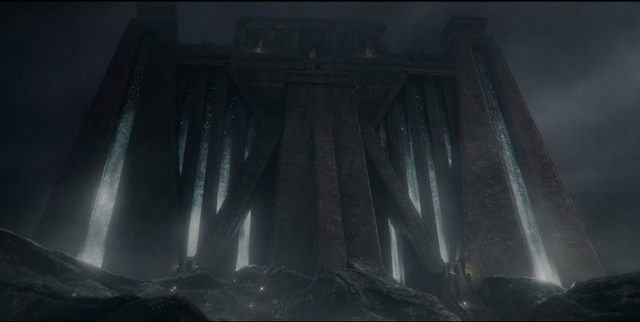 Such absurdities are pretty abundant, unfortunately. And you can just see that many of these are the result of "stitching" the show together, so that some crucial scenes can finally take place  regardless of how much sense it makes along the way. I would prefer that the authors achieved this goal in a different way than sacrificing logic to achieve end.

It's hard to judge, and I'm skeptical. The creators opted for an artistic direction, in which showiness is more important than logic.