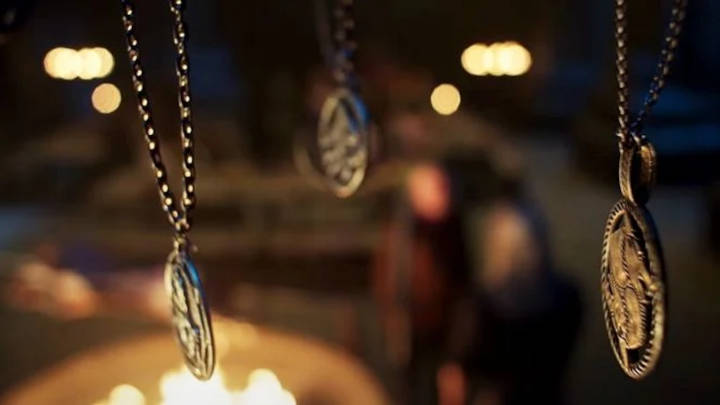 In Episode 2, we saw something that never happened in the books. Eskel transformed into a leshy and then demolished Kaer Morhen only to end up being killed by Geralt. His medallion was then hung on a tree next to others belonging to other deceased witcher (but those died probably under completely different circumstances). One of the medallions resembles the one we saw in CD Projekt's games.

So, in the world of the Netflix Witcher, was there another Geralt who had died before? I don't think so. The protagonist's medallion is more of a wink to fans, a signal that the creators of the series kept track of the games plot too and want to please the players as well.

Besides, the monsters appearing in the Season 2 sometimes resemble their game counterparts. Leshy in the series might not look as scarily as the one in The Witcher 3, but both monsters have forked horns.