The entire first season is just a Dandelion's story 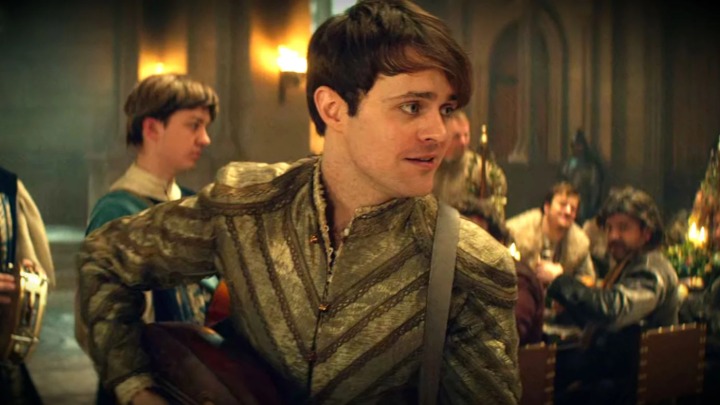 When Dandelion is to convince the guard to let him go without showing the appropriate pass, an interesting conversation ensues between them. At first, the bearded man compliments the bard, but after a while begins to reproach him for less interesting parts of his ballad. Dandelion's bruised ego can't withstand this attack and... well, those of you who watched the second season certainly know the outcome. For the purposes of this article, however, it is enough to mention that it is then that we find out that the events of the first episodes were only a bard's story.

At one point in the saga, Andrzej Sapkowski decided to go with a similar theme. But I'd give my right arm that it wasn't planned, at least not at the very beginning. However, after numerous criticisms, Lauren Schmidt Hissrich, the showrunner of both seasons, decided to make a really clever way out of the situation. After all, if everything was just a ballad, it could deviate a bit from the original, right?

One discrepancy is the famous kiss of Yen and Geralt during a fight. Actually, you know, it's the entire episode with the dragon. The guard recites all Season 1 mistakes as if he were a disappointed fan, not a show's character. I must admit that in this case, the creators showed that are capable of putting themselves in perspective. Dandelion failed to present rational arguments to defend his theses. Thus, Lauren admitted her earlier mistakes in a quite amusing manner. But will the same treatment pass in Season 3?