Geralt and Vesemir can defend themselves, which means a looot of witcher signs 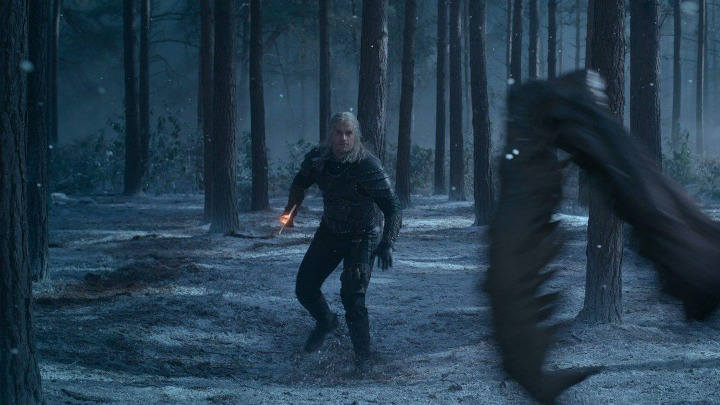 In the books, Geralt did not use witcher signs as frequently as in the games. Perhaps except for Axii, which was used to calm down Roach. In the games, the combat mechanics requires you to use them in almost every fight. Some of them also work a bit differently than in the literary original (especially Aard).

In the series, Quen is used not only by Geralt, but also by Vesemir. What's more, the visualization of a simple witcher spell (because that is what every sign is) is very similar to what we saw in the games. The magic shield allows experienced monster hunters to protect themselves from a powerful enemy attack and gather strength for a counterattack.

During the fight with the leshy, Geralt also casts the Igni sign upon his sword. It doesn't happen exactly the same way as in the games, but it's still a bit similar. Hung in Kaer Morhen, the two swords, silver and steel, are a very direct reference. Their design seems almost identical to the one used by the developers of The Witcher 3.