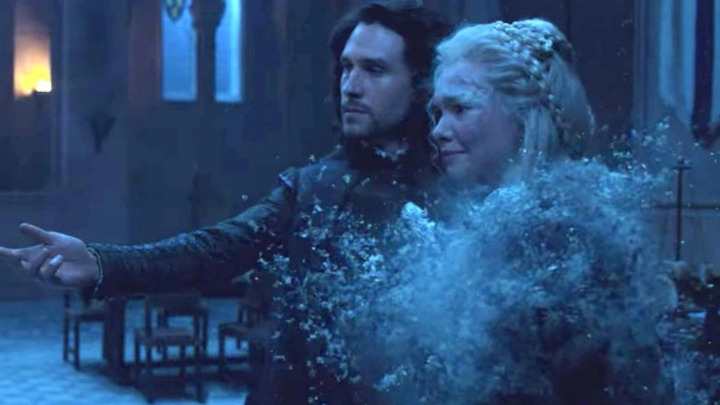 What does it refer to?: the events of the Avengers: Infinity War

In Season 2 of The Witcher, Ciri manages to convince Vesemir to let her pass the Trial of the Grasses. At the last moment, however, Triss stops them, claiming that she knows a better way of exploring the princess's past. Ciri plunges into sleep, through which she's guided by the sorceress.

The vision shows the grandmother of the young witcher as well as Mousesack. However, a few details about this version of the story differ from the one we watched in Season 1. Ciri decides to act differently, agreeing to dance with a young nobleman. She also meets her biological parents.

At the end of the vision that Triss can no longer control, most of the characters that are dear to the princess turn to dust. It happens in much the same way as in Marvel's Infinity War. However, there's more than this wink to the fans of Iron Man and the crew - at the end, we see that Ciri's father remained untouched and this is because it will turn out that it's Emhyr himself (which doesn't come as a surprise for those who read Sapkowski's works).