It's really hard to compare the power of consoles with what we can see in the PC market. It was no different with the launch of the Xbox One and PlayStation 4. The PS4's theoretical power was 1.8 Tflops, which didn't beat graphics cards from the mid-price range, such as the Radeon HD 7870 also known as the R9 270/X. Over the years, the R9 270X was doing very well at the launch of the latest games, until games requiring more memory began to appear on the market (by default, the 270x had only 2 GB VRAM). It was primarily because of this aspect that the games started to look just bad (Assassin's Creed: Unity, for example). Due to the small amount of RAM, you had to compromise  either playing with a clunky image or with textures on low settings. It's not just players with smaller budgets who have have shared this fate. The GeForce GTX 660, 660 Ti, 670, 680, 760, 770 and 960 as well as the Radeon HD 7870, R9 270/X are cards with 2 GB of video memory and each had some issues just two years after the consoles' launch, precisely because games written for PS4 and Xbox One began to require more VRAM. 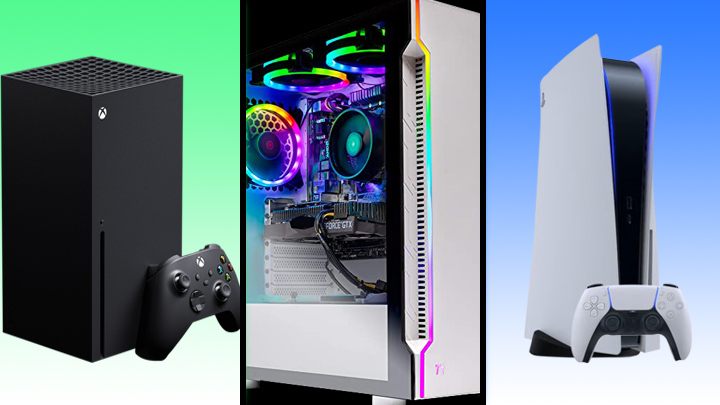 A gaming computer with the performance of new consoles? Easy-peasy.

Why does not enough video memory mean the image is jammed?

Graphics cards use the GDDR5 memory system (the latest ones use GDDR6), which in turn guarantees adequate data bandwidth (less than 180 GB/s in the case of the Radeon R9 270X). If there is no space for this in the graphics card, it begins to download information directly from the hard drive or/and RAM. As it is not hard to guess, both of these solutions are much slower and the result is a reduction in the number of frames per second generated. Loading the required graphics card data that is not stored in the video memory on the GPU itself means a significant drop in FPS, which the user perceives as an image jam.

All indications are that history will repeat itself. The PS5 and Xbox Series X boast "superfast" 16 GB memory. This means that around 10-12 GB of RAM (depending on the system and production) will be reserved for games. Even if we assume that the new consoles will use more than 10 GB of video memory for games running at 1080p and take into account the improved data compression in the new graphics cards, we are facing exactly the same situation as we saw seven years ago. Even the $900 graphics card, the RTX 2080 Super, has only 8 GB of video memory, and when it runs out, we will notice on the screen exactly the same drop in FPS as years ago in the case of the R9 270X.

The GeForce RTX 2080 super graphics card has 11 TFLOPS of power, which puts it virtually on par with the GPU used in the PS5 and Xbox Series X (give or take 1 Tflop). So if we are to build a computer both for now and for the future, so as not to worry that GPU power will be insufficient after the launch of new consoles, investing in it seems like the best choice. Of course, there's also the GeForce RTX 2080 Ti, which boasts a theoretical FP32 power of almost 13.5 Tflops, and unlike the 2080 Super, We also get 11 GB VRAM. It's just a matter of price, let's not kid ourselves  it's already very high. 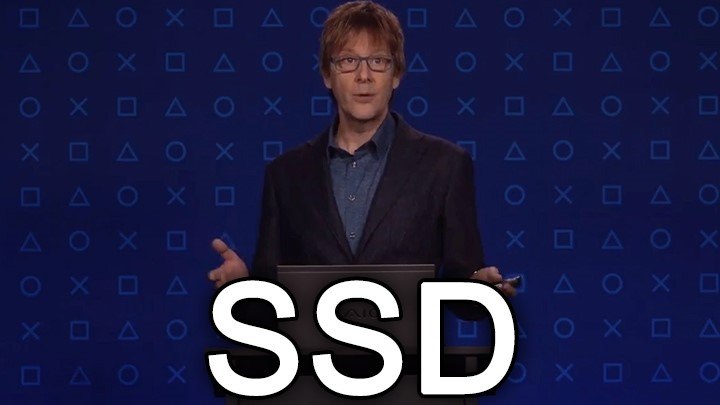 Did you know there's going to be an SSD in the PS5?

The data storage is another unknown. Standard gaming computers are equipped with SSD, which greatly reduces loading time of levels or objects during gameplay. SATA III storages have about 500 MB/s of bandwidth, and those based on the NVMe PCI  up to 4 GB/s. But it's difficult to find games that fully use this . You also need a fast processor to decompress files on the fly and a game engine that uses this power for fast reading. Today, SSD primarily means low file access time (no moving parts, unlike hard drives), rather than bandwidth itself.

That may change, however. With Sony driving the marketing machine, we are constantly reminded of the capabilities of the PlayStation 5 SSD. It can not be compared to what we find in gaming computers, and even though on paper it seems weaker than the best PC drives, the influence of the system, the drivers, the decompression of files by the processor and the technology and optimization itself cannot be overlooked. Until we look at the games created directly for the PS5, we won't know how the whole thing will affect PCs in this aspect.

On the next page we discuss which components we should equip the computer with, so as not to worry about the system requirements of games coming out on PS5 and Xbox Series X.