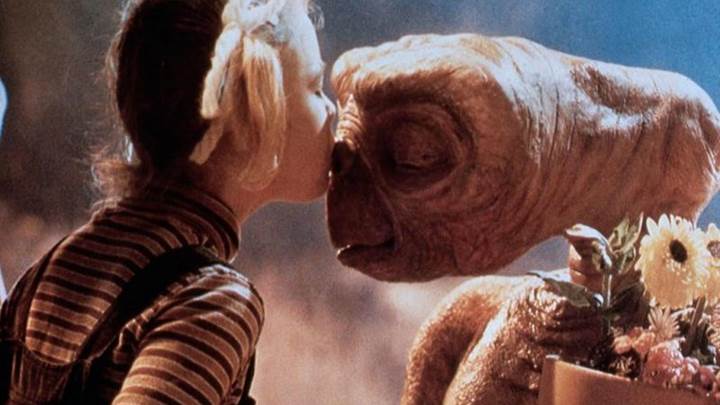 Spielberg's film is perhaps the most polite picture of the entire list. This doesn't mean, however, that despite the family atmosphere, it doesn't captivate viewers who are normally looking for stronger thrills. In 1982, the special effects created by Carl Rambaldi can gave you the creeps. The Academy apparently shared this sentiment, as it awarded the film in exactly this category. And the design of the alien itself doesn't look bad even today!

There are also many fans of this production among the younger audiences. E.T. is Millie Bobby Brown's favorite film (Stranger Things' protagonist, Eleven). In one of the interviews, the actress said that she watched it in preparation for the role.

Interestingly, in her opinion, the heroine endowed with supernatural powers is very similar to Spielberg's alien. It is similar to her... alien. And she trusts no one but Elliott, just as Eleven trusts only Mike. And even if she looks completely different from ET, the story of how her relationships are formed with the newly met kids is just as touching.

Not all of the movies on this list are my favorites. However, I watched each of them, fully aware of the contribution they made to the history of cinematography. I am not surprised that the Duffer brothers were inspired by them in the production of Stranger Things. If you love the classics, it doesn't get any better!