The references in the Duffer brothers' hit TV show go from table-top RPGs, fantasy literature, through a large dose of horror of all kinds and an inexhaustible amount of love for the film classics of the 80s. The list of productions that inspired the creators includes dozens of – not necessarily horror – films. We chose ten of them. 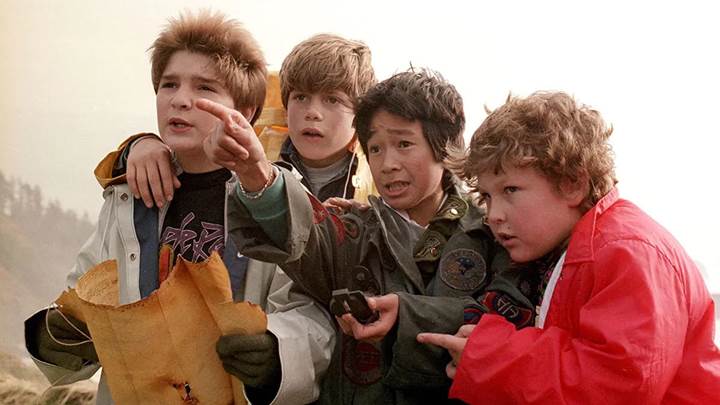 The story of a group of kids looking for a legendary treasure may seem like a trivial idea today, but in 1985, it was a breath of fresh air. Richard Donner, the production director, managed not only to gather a cast of vibrant characters, but also to create a film with a unique atmosphere of teen adventure.

And oh girl, it'd be easier to list the films this show was NOT based on! Young Josh Brolin (several decades before he became Thanos), an extremely ugly pirate and a charismatic antagonist who doesn't hesitate to resort to weapons. Goonies kids rode bicycles, weren't the most popular students, and loved solving dark mysteries. Does it remind you of anything?

The cult film inspired not only the creators of Stranger Things. Can you remember the game of the same name released on NES? I'm still not quite sure how to wrap my head around the mechanics that were complicated even at the time of release, and so I postpone The Goonies to an indefinite "later." But I still remember the great atmosphere and catchy musical theme from the times of endless attempts at figuring out the portal system.