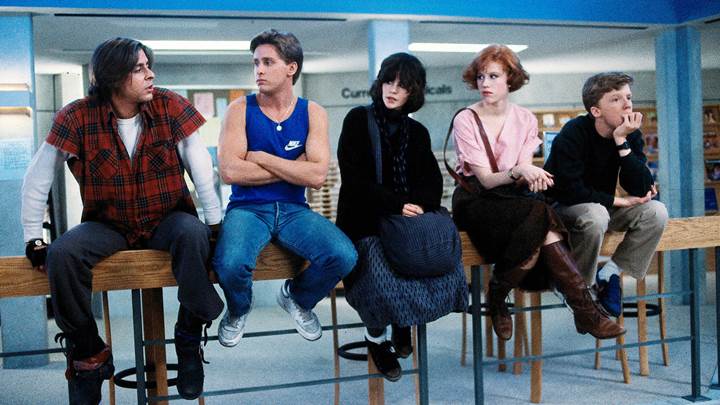 The plot could be summed up in literally one sentence – several young people have to spend their Saturday at school. And that's about it. Okay, maybe there are a few minor twists, but this is not the kind of adventure production where the driving force is spectacular scenes and supernatural events. This movie is all about dialog between the characters, slowly opening up to each other despite apparently starkly contrasting characters.

Hughes managed to portray them without falling into caricature and cringe, and at the same time clearly outline each hero. Young Emilio Estevez flexes his muscles, Molly Ringwald is feisty and flirty, Anthony Michael Hall impresses with his intellect, Ally Sheedy plays with social norms, and Judd Nelson rebels against the school rigor. Perhaps the last two characters performed best in their roles, but in fact, all of the actors gave their best. And this is the most important thing in such an intimate film.

The Breakfast Club is the 80's equivalent of Euforia or Sex Education. Hughes, who was still under forty himself at the time, was able to perfectly sense the dilemmas and problems the teenagers faced in that crazy decade. Moreover, the process of finding each other's characters turned out to be so universal that the film retains almost all of its relevance today.