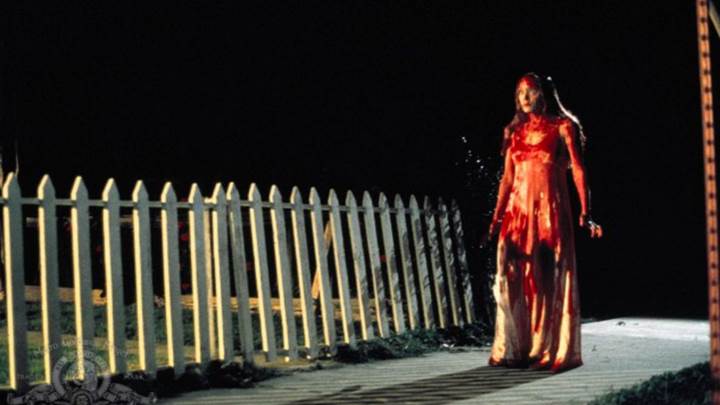 Carrie is not only a novel debut (and an instant international hit) by Stephen King, but also an extremely atmospheric film by Brian De Palma. Most of all, the movie is incredibly scary, even if it sometimes achieves the atmosphere of fear with rather unsophisticated means.

Sissy Spacek, who played the title Carrie, was 26 years old at the time of the film's premiere. Despite this, she pulled off an incredibly convincing role of a teenager rejected by the community. The actress admits that she was very scared herself during the shooting, which is why her reactions seem so natural. The scene of dousing Carrie with a bucket of blood has gained a cult status, but the first manifestation of the girl's paranormal abilities, which is shocking even today, deserves just as much recognition.

Carrie's later adaptations did not, in the opinion of many fans, reproduce the atmosphere of King's novels so well. On Rotten Tomatoes, the rating of De Palma's film is 93%, while the 2013 adaptation only received 50% of favorable reviews, and the 2002 one – only 20%. Therefore, the Duffers were mainly inspired by the original. This is mainly apparent in the character creation of Eleven. A shy girl with unimaginable powers – a role that both Sissy Spacek and Millie Bobby Brown absolutely nailed.