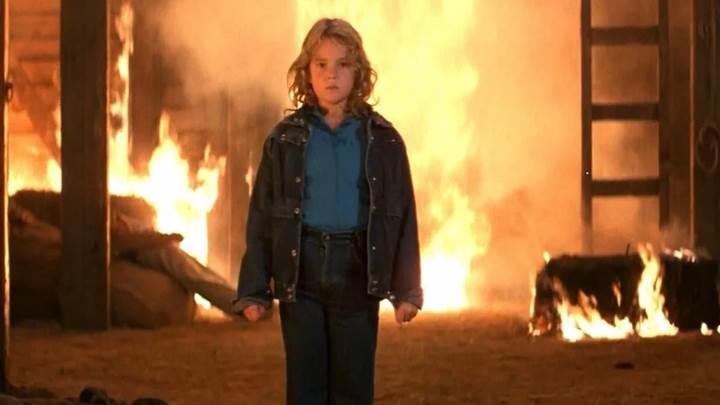 Does the Arsonist remind you of Carrie? Yes, but only in some respects. Firestarter is – despite references to horror movies – a thriller. The main character is younger, and she is also endowed with paranormal abilities, albeit under completely different circumstances. The girl's parents also possess them, which was not the case in Carrie.

Charlie McGee is a bit like Eleven – a distanced, silent heroine capable of damaging objects and harming creatures from afar. The heroine of Stranger Things doesn't set things on fire, but her powers work similarly in fact.

However, there's more of Lester's thriller inspirations in the Netflix show. The source of many problems of the heroes of both productions are secret government machinations and experiments. The film begins with an inconspicuous medical experiment, and then the whole family becomes targeted by special agents. Exactly like the heroes of Stranger Things.