Lately, the word "subsription" has been all the rage in the business of new technology. Everyone wants their own system. Netflix, HBO Go, Amazon Prime Video. Spotify, Tidal, Apple Music, YouTube Premium. Even Microsoft Office and the Adobe software package are available for a monthly fee. Subscriptions have become so popular that they have even gone beyond areas of life closely related to entertainment and technology. Today, we can even subscribe food in form of boxed meals delivered to your doorstep every day  tailored to your diet and caloric intake. No wonder this trend has also reached the gaming world.

In our opinion, Xbox Game Pass is an interesting option for people who do not want to spend 70-100 bucks for a single game.

Today, players have a choice of several subscriptions. Electronic Arts has EA Play (also part of Xbox Game Pass), Ubisoft created Uplay+, which grants access to all the games of the French developer. Microsoft, in turn, offers the Xbox Game Pass, available on both the PC and Xbox. And this is the subscription service that's arguably the most exciting according to many players. Well, let's see what it has to offer. We have a great opportunity to do that, since we've recently got a brand new Xbox Series X, or a "Game Pass decoder," according to some.

What is Xbox Game Pass?

Xbox Game Pass was launched on June 1, 2017, but Xbox Live Gold subscribers got access to it a few days earlier, on May 24, 2017. The service simply grants you access to a huge catalog of games for a monthly fee. It offers all internal Microsoft games on the day of release. On top of that, there are also thrid-party games. One of the most high-profile releases was Red Dead Redemption 2 (which unfortunately vanished from the service in September 2020). All this makes Microsoft's subscription offer extremely attractive for anyone who buys games often, but things that 70 bucks or more for a new title is a bit of a strain on the budget. 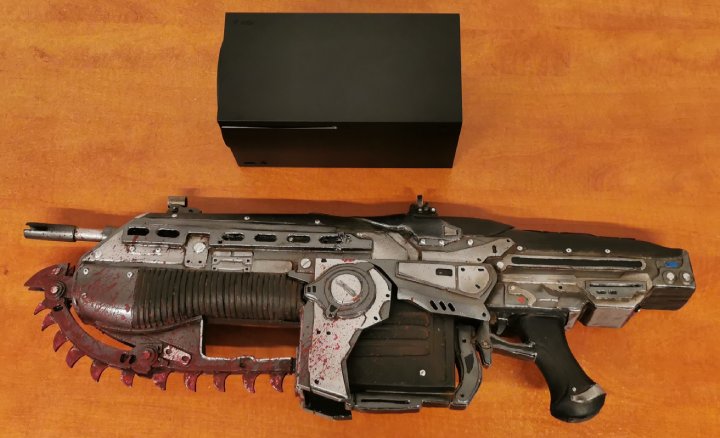 Importantly, you don't need to pay for a separate Xbox Live Gold subscription to use Xbox Game Pass on consoles. Live Gold only has to be bought if you want to play multiplayer modes of selected games. When it comes to PC, the only requirement is running Windows 10. The subscription is not available on older Windows, including 8 and 7.

The Xbox Game Pass costs $9.99 a month in the standard plan. However, the service currently runs a discount, which gives you the first month for $1. The price is the same for PC and Xbox  the discount is now only available on PC, though. In addition, there's also a plan called Xbox Game Pass Ultimate, for $14.99 a month.

The ultimate plan brings several additional benefits. First, it gives us access to games on both computers and consoles. Secondly, it also includes the Xbox Live Gold subscription, which normally costs another $9.99 a month. Currently, it also allows you to test the xCloud service, i.e. the ability to play the latest games on mobile phones and tablets in the cloud. And finally, Microsoft promises unique bonuses, add-ons and all sorts of affiliate offers. 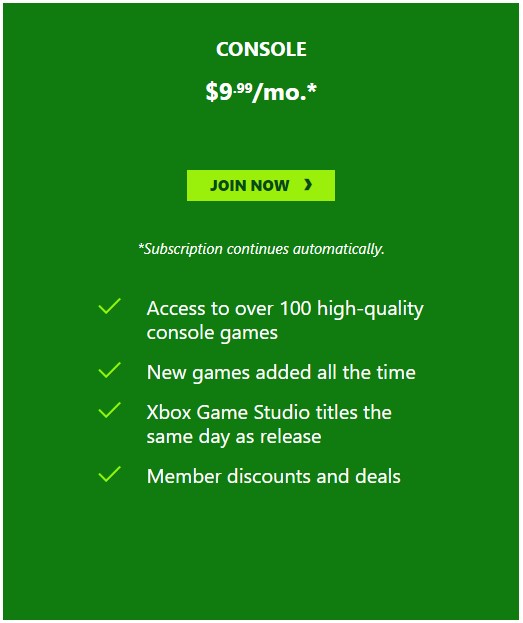 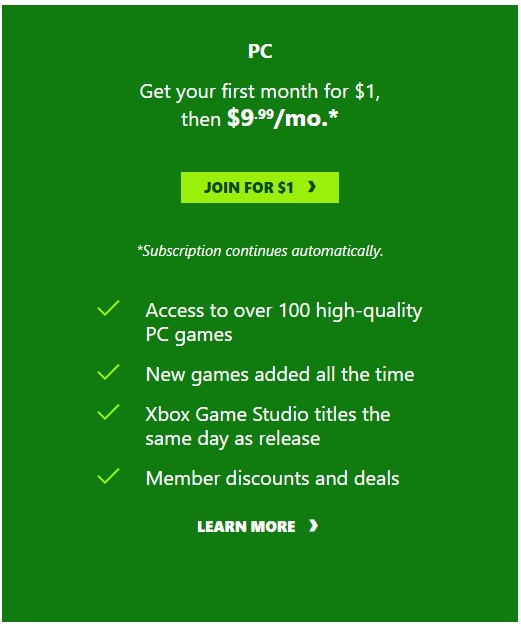 First month for $1 is a particularly nice offer. 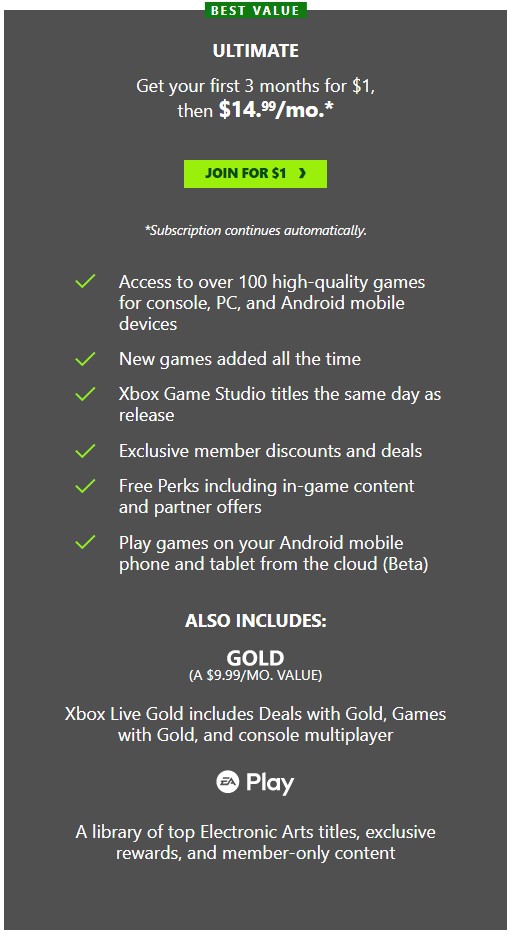 Game Pass Ultimate is a tempting offer for owners of several devices.
12
Next
Most Read Articles
Editors' Choice