Intel's massive manufacturing problems didn't stop it from making great processors for gamers. Everyone will find something for themselves and in fact, you can recommend a processor from Intel to virtually any application. The Core i9 10900k is particularly noteworthy for being the best gaming processor available, similarly to Core i5 10600k. The latter is even ahead of the older flagship for the mainstream, the Core i7 8700K, and when properly tweaked, it actually compares with the more expensive Core i7 10700k and Core i9 9900K/10900k. This once again proves the progress were witnessing. 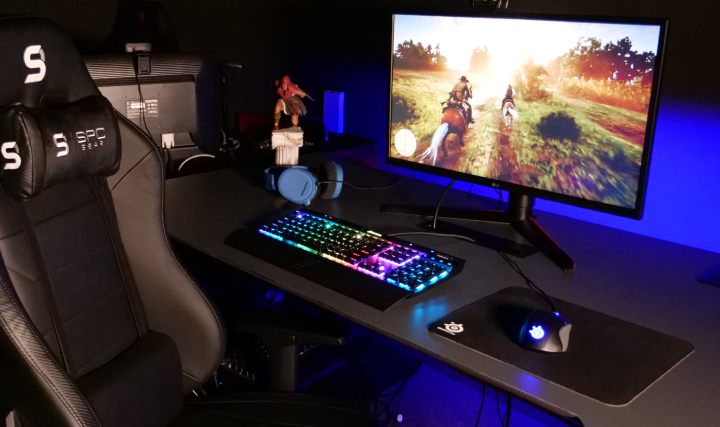 Both Intel and AMD offer great processors that can be the heart of any gaming station. So which one to choose?

Still, Intel's new processors are expensive. Core i5 10600k currently costs around $370, which is only a few bucks less than the initial price of the i7 8700K, which came on the market less than three years ago (10600KF, the version without integrated GPU, let's you save a few dozen dollars more). This is in part due to the current world situation. . . .

World finances are one thing, but a major factor is also the performance of AMD, which, after a long hiatus, largely conquered the PC market, forcing Intel to act with more conviction. Looking at the bigger picture, we can see a distinct lack of innovation since Intel introduced the Sandy Bridge line of processors, i.e. the Core 2000 series. From January 2011 (nine years ago!) to 2017, the processor market was stagnating, with Intel serving the same four cores for about $180 (making the 2500K i5 one of the most future-proof units ever). Of course, the architecture and memory support were changing, but Intel definitely didn't want to throw "free" cores into the mainstream. And, as a matter of fact, I'm not surprised, because its multi-core processors for the HEDT (Hi-End Desktop) platform were priced at $ 1,000, and even at this kind of money they sold like hotcakes.

What to look out for when buying a processor: