The war of supremacy of gaming platforms has been, is and will remain an inseparable part of the gaming culture (hopefully – because otherwise we’re facing a monopoly, which is never a good thing). The arguments in these never-ending discussions come in all sorts of shapes and sizes, with people comparing the price, comfort, mobility, technicalities, unique capabilities, brands and whatnot.

In the end, however, it all comes down to games. The best console will not perform well on the market unless the manufacturer makes sure that the right software is also there – that was a bitter lesson for Sony, after they released PlayStation Vita. Analogically, a console that is theoretically way behind the competition in terms of hardware can become a real smash hit if it offers a super popular game. And there’s no need to try very hard to come up with examples – just think Zelda: Breath of the Wild and what wonders it did for Nintendo Switch.

This is why the manufacturers bend over backwards in order to bring as many games for their platform as possible. And the exclusives are a particularly desirable prey. Those games are able to lift the sales of a console to six-digit figures by themselves; they’re the most revered of all games among the owners of the given console, and an object of envy and frustration of the players who can only dream about playing them – as well as for those of us, who simply think that everyone should be able to play all games, regardless of what system they use. 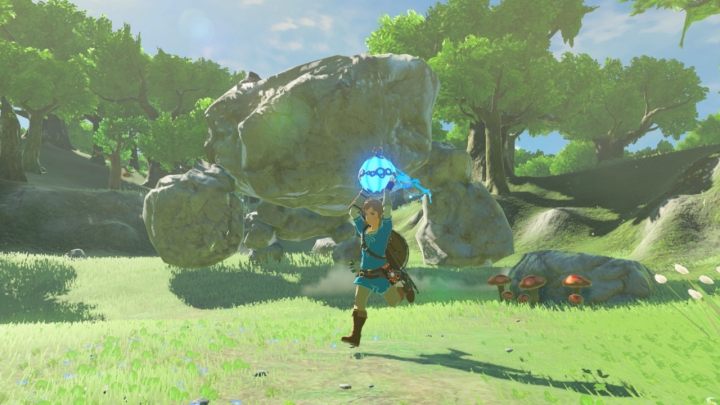 Breath of the Wild is the perfect case showing that a single exclusive game can propel the sales of a console.

One of the obvious downsides of game exclusivity is that some players simply cannot have a shot at some games only because they’re using the wrong system. It’s hard to deny that – in the abstract – a situation where everyone can play games such as Super Mario Odyssey, Horizon Zero Dawn, Halo 5 or Total War: Warhammer on their PCs, Xboxes, PlayStations and any other mobile platform imaginable would be perfect. The manufacturers could focus all their efforts on developing more power and delivering more peripheral functions, which would arguably benefit the entire industry.

Going a bit further, we could also assume that if games would be released for all platforms, then cross-platform multiplayer between PCs, consoles and mobile would also be a thing. That would no doubt considerably prolong the lifespan of multiplayer games and would make meeting equal opponents a bit easier. 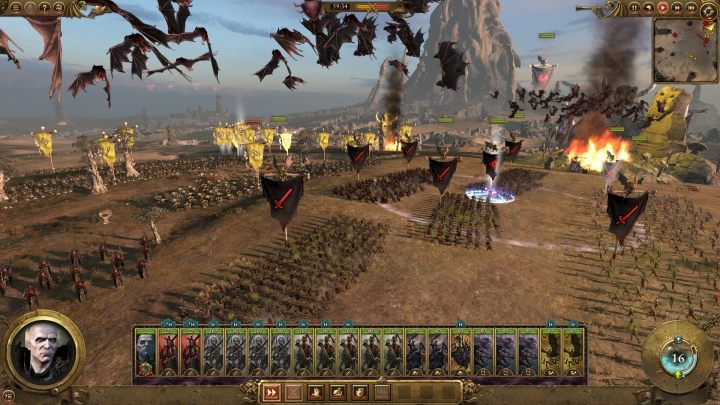 Personal Computers aren’t really a player in this game. On the other hand, there are entire genres that are exclusive to PCs, such as strategies the like of the Total Wars.

Snap back to reality though, and we soon discover that gaming is the art of choosing the lesser evil – no matter what platform you choose, you’re going to miss some games available exclusively for the other systems. Feel like the new Zelda? Why not buy a Wii or a Switch first? Hankerin’ for them Gears of War? Embrace Microsoft, then. Maybe you’d love to play some Bloodborne after completing all Dark Souls games? Just get a PS4. Theoretically, you can bypass that issue by obtaining all kinds of gaming systems, but that’s not really a viable solution for most people. 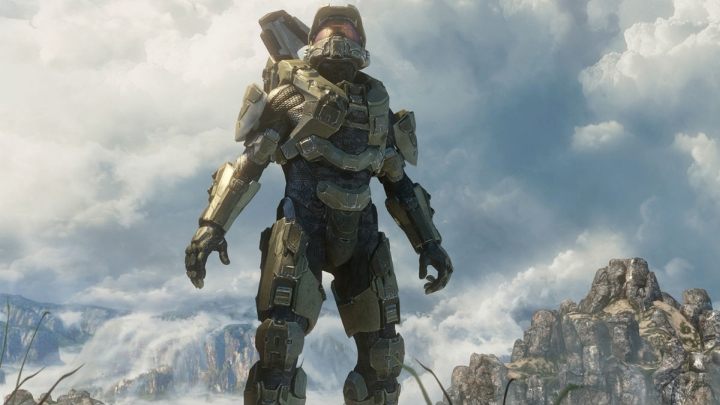 Many attributed the poor performance of Xbox One to the fact that the console offers virtually no exclusive games –every game released for Xbox One is also available on PC.

…And the good ones

Although a fully unified gaming world, where everyone can play every game with anyone else, may seem like a nice theory, it’s actually indicative of a certain shortsightedness: if exclusivity suddenly disappeared, it wouldn’t necessarily mean that new Zeldas, Marios and Halos would start popping up like mushrooms. It’s quite to the contrary – had it not been for the exclusives, many of such games would have never been released in the first place.

The issue is related to the very motivation behind developing exclusive games. While typical multiplatform hits have a single goal to fulfill – that is, to make money and return the investment – the exclusives are first and foremost promotional. Sales are of secondary importance (although, of course, everyone loves to see their game sell well) – what matters is the relation with the target platform. That’s especially important in the context of a console’s lifespan, because it’s usually the launch-day games that determine the reception of a platform. When a player buys a console, they might feel content with the two or three games included in the package, but their decision is often conditioned by what games they will be able to launch on their system in the future. And that’s the single most important factor in the decision-making process. 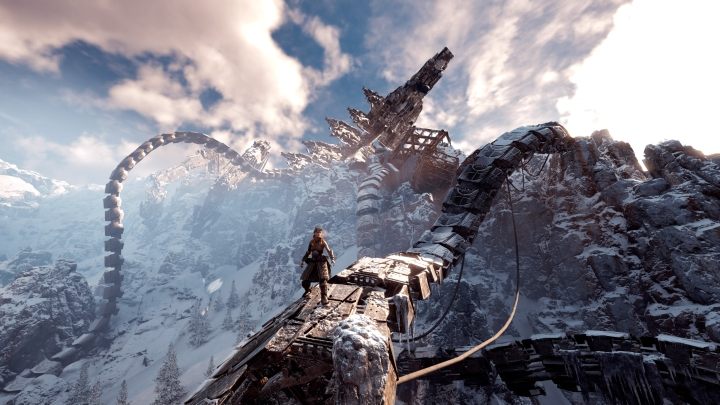 PlayStation 4 boasts a much more substantial collection of great exclusives such as Horizon, Bloodborne and Uncharted 4 – which is clearly reflected in the sales of PS4.

Ok, it’s all pretty self-explanatory so far, but brace; here comes the thesis. Since the exclusives are not meant to make money themselves, but rather to promote the hardware, the developers of these games often get the time, resources and the permission to do things that in the case of purely commercial games could never be realized. While powerhouse publishers of multiplatform games prefer to stick to their guns and follow the trends, the exclusives can step off the beaten track – in order to convince the players to buy the particular console, these games need to break the rules and redefine the trends – if not that, then at least to offer mechanics and graphics polished to perfection. In case of these games, being “just ok” is not enough.

Think The Last Guardian, for example – the development of the game was extremely problematic; years before the release, Sony knew very well that the game isn’t going to be a major commercial success. If such assessment was made about a regular, multi-platform publisher, the idea would surely have been abandoned – however, since it was, in a way, a very prestigious project that was eagerly anticipated by a small, albeit quite important group of dedicated players, the work was eventually carried through, and the players got an amazing, absolutely unique game, the production of which was only motivated with the need to have extraordinary games available for PlayStation – otherwise, it would have been nothing more than a super-modest indie game. 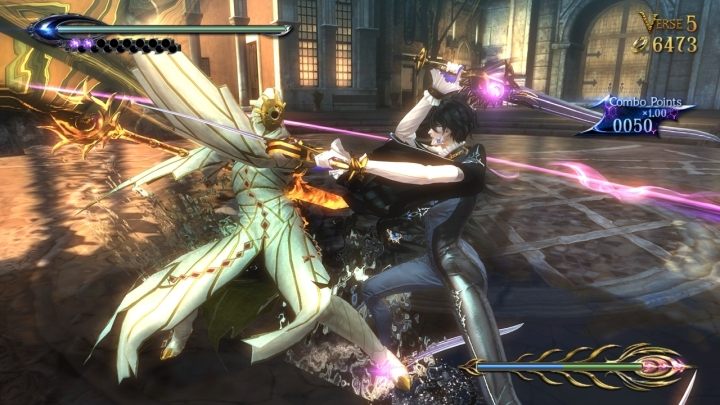 If not for Nintendo’s helping hand, Bayonetta 2 would probably have never come to existence.

Another good example is Bayonetta 2. The first installment in the series was released for Xbox 360 and PlayStation 3 and it met with acclaim of the press and the fans of slashers alike – the thing was that the profit generated by the game didn’t exactly warrant the production of a follow-up. When the future of the series (or rather lack thereof) was seemingly decided, Nintendo stepped in, unexpectedly offering to pump some cash into the production of the sequel. The result was a positively amazing game. However, many people voiced their disappointment with the fact that it wasn’t available on the same platforms as the first entry. It goes without saying, though, that it’s far better to get something rather than treat everyone equally and give them nothing at all.

Exclusivity is also a relief for the developers, since they don’t have to worry about making sure their game runs properly on all these different platforms and system configurations, which, in turn, allows them to spend more time making sure their game is running as smoothly as possible, utilizing the potential of the given console to the fullest. It’s not coincidental that the prettiest games released for any given system are, by and large, exclusives. God of War 2 on PlayStation 2; Uncharted 2 and The Last of Us on PlayStation 3; Horizon Zero Dawn on PlayStation 4… I guess everyone could name a few more. The point is: it’s much easier to make a visually stunning game if you have one particular hardware configuration in mind. 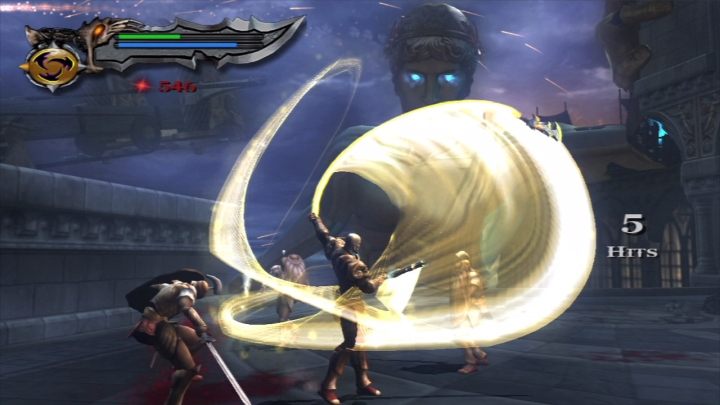 God of War 2 was in fact so pretty that people often wondered if switching to the next generation is even necessary.

I’d truly love to play every game out there on a single platform, be it a console or a PC. Who wouldn’t? It would be cheaper than keeping around two consoles under the TV, a PC next to them and a handheld in your bed – which still wouldn’t suffice if you wanted to try every game that ever springs to your mind. But if the price of neutrality, of “one console to rule them all,” was saying goodbye to all those amazing titles the like of The Last Guardian, Horizon, Breath of the Wild or Bayonetta 2, then I’d rather choose the lesser of two evils. I may not be able to afford every gaming system out there, but I’m ok with that – as long as I can play a few of these uncompromising, unique games, that would otherwise have never been released.

Playing Kingdom Come was somewhat of a deja vu for me. I’m convinced I’ve played this game before… only the setting was, well, less medieval. Is the new RPG by Warhorse going to join the ranks of the all-time classics, along with its predecessors?

What makes a console successful? Xbox One, exclusivity according to Microsoft and its implications for the players

The following text is a reflection on the main factors determining the popularity of different consoles, with a particular focus on Microsoft’s hardware and marketing strategy.

Why should we spend a dozen hours carefully developing characters and exploring the nuances of an RPG’s combat system, if a basement rat poses the exact same challenge at the beginning of the game and at the end?