Due to recent rumors about a stealth-oriented Assassin's Creed spin-off, I had some memories. Reminiscing about the history of the franchise once again, I became convinced that one of its brightest moments is AC4: Black Flag. What do I love Black Flag for?

At the beginning of the last decade, Ubisoft had a beautiful phase, which I like to call the "era of assholes." All of the following – Far Cry 3 in 2012, Black Flag in 2013, and Watch Dogs in 2014 – had protagonists who could hardly be described in other words. This element has practically disappeared from contemporary productions of this studio.

Edward Kenway was selfish and greedy. For most of the campaign, he could not care less about some higher goals, only interested in gold and making sure the people around him were ok. However, he has so much personal charm that it is hard not to like him anyway. This makes him seem more interesting and lively a character than the typical revenge-seeking protagonists of most Assassin's Creed installments.

For the story that didn't give an F

The plot is in complete harmony with this, and the least interesting aspects of it were the struggles between the Assassins and Templars, plus the typical elements of science fiction. Instead, Black Flag is played for the story of Kenway and his companions.

The campaign first allows you to dive in the charms of pirate life, and then, when you start loving the heroes of this game, it turns everything to dust, showing the beginning of the end of this era. A joyful adventure disappears, replaced by sadness over what Edward is losing.

Heartless is the one who did not shed a tear during the ending song Parting Glass.

Today, the series has turned into an action RPG, which doesn't bother me personally, but sometimes I miss the old style of the series. Black Flag (along with AC: Rogue, built on its foundations) was the pinnacle of the first era of Assassin's Creed, and it offered exceptionally successful pirate elements, including naval combat, boarding and siege of sea fortresses.

Today, Ubisoft games are sometimes criticized for having too many different mechanics, but it never bothered me. I love when there are many such systems, and when they really click. After Black Flag, the publisher probably felt they overdid it a bit and curbed this aspect of the game. The next main installment of the series, which went crazy in this respect (even more than Black Flag), was Assassin's Creed: Odyssey, which is my favorite part of the "RPG era" of the brand – including precisely because many solutions reminded me of the adventures of Edward Kenway.

Why on earth hasn't Ubisoft made Black Flag a standalone series

The great main character, great story and atmosphere, as well as refined, gameplay-refreshing formula of the cycle made Black Flag a real hit. This is not only one of the most interesting installments of the series, but probably the best singleplayer pirate game on the market to this day. Several productions from Akella (e.g. Age of Pirates II: City of Abandoned Ships or Pirates of the Caribbean) can compete for this title, but only if they're paired with giant fan mods such as Gentlemen of Fortune or New Horizons. Assassin's Creed 4 is great without extensive mods. 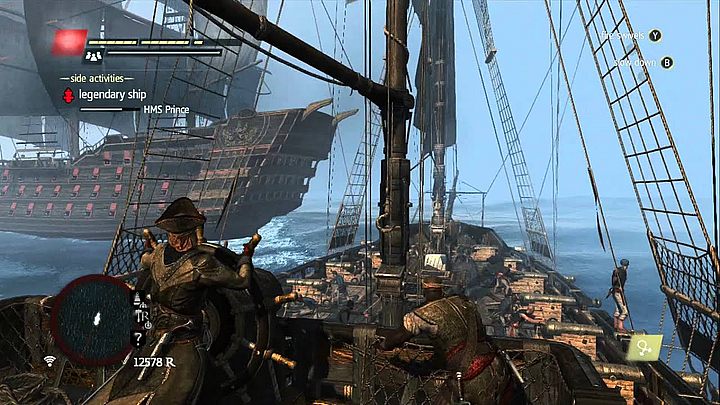 The only serious objection to this odd installment can be that while it's a great game, it's not necessarily a great Assassin's Creed. Pirate elements, both in terms of the plot and the gameplay itself, obscure the traditional components of the series. I was not surprised by Ubisoft's decision to return to the roots of the cycle in AC: Unity. Still, I bemoan the fact that Black Flag was not made into a spin-off series, because this game was just perfect material for that.

Unfortunately, this didn't happen and Black Flag wasn't continued. Rogue and Odyssey returned to naval warfare and voyage, which had a positive impact on my reception of both of these productions, but they were not able to completely fill the void after Black Flag. So I still miss the pirate reality and I miss Edward Kenway himself. All I can do is reinstall Assassin's Creed 4 from time to time, and some consolation is that the game, despite the passage of time, still looks great and still brings as much fun as when it first was released.

The publisher tried to take this theme further in Skull & Bones, but the project, which had been in production for nine years (started as a multiplayer expansion for AC4 in 2013), has still not arrived, and work on it has been reset several times now. Anyway, even if it was released, it would not be a worthy heir of Black Flag, as it was supposed to focus almost exclusively on playing at seas, with no lands to explore, and was designed as multiplayer first.