Electronic Arts recently announced they're terminating the support for Star Wars: Battlefront II and announced the latest update for Battlefield 5. Huge disappointment with the latter aside, it generally means that both branches of DICE – the original in Stockholm and the one in Los Angeles – can start working full-steam on the next-gen version of Battlefield, slated to release in 2021. And the task ahead is certainly not easy – the franchise is having the most serious identity crisis since Hardline, and that was bad. So what should Battlefield 6 do to cover up the bad impressions after the "five"?

Many people seem to know the recipe for a successful BF: 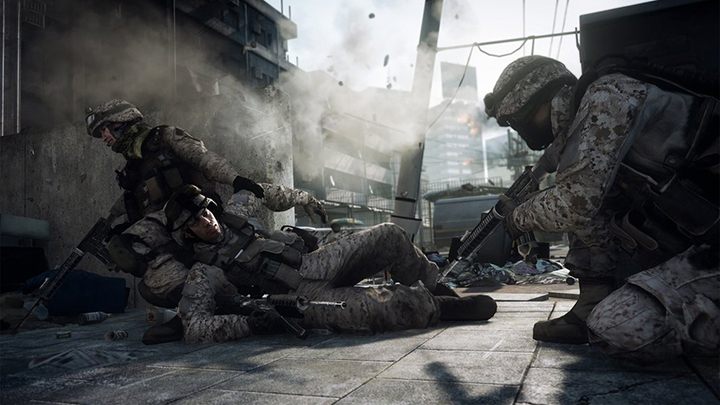 Is that all the series should aspire to?

I don't think the developers from DICE expected such a huge backlash with the way WW2 was portrayed in BF V, but then engaging in verbal skirmishes with outraged fans on the Internet is just asking for trouble. But it's true that since Battlefield 3, no entry in the series provided the compelling experience we came to expect from the cult military shooters from Sweden. So, the recipe has to be more complex than that. Do we just want a modern setting and listening to community feedback? Let us consider what the Battlefield of dreams should be, or how the creators can cater to a larger audience.

SEVEN MILLION IS TOO FEW

In February 2019, Andrew Wilson of EA reported that over 7.3 million copies of BF5 had been sold. That's a damn lot, no? Not necessarily. In corporate language, that's tantamount to a botched release. EA's share price plummeted 18% after the financial report, which included sales of Battlefield 5.

All options on the table

Let's do away with the first argument. Dice made the last Battlefield, and there's no way on Earth they're not going to develop the next one. This, of course, isn't the same Dice that gave us the best entries in the series. Recently, not only a number of experienced employees left the studio, but also some key figures of this franchise: general manager Patrick Bach, CDO Robert Söderlund, and more recently, multiplayer producer David Sirland. One consolation can be that Vince Zampella, head of Respawn Entertainment, the studio that's been on a killing-spree when it comes to nailed releases (Titanfall 2, Apex: Legends, Jedi Fallen Order), is currently in charge of DICE LA.

It's hard to imagine a Battlefield developed by another studio. An online shooting with tanks, planes and infantry on a huge map is bigger a challenge than it seems, and Infinity Ward learned this the hard way when bringing this formula to Call of Duty: Modern Warfare. Armored vehicles constantly encircling the entire map and abundant camper-snipers show just how hard it is to balance this type of gameplay and design the right maps. And DICE has a lot of experience in this field, even despite the glitches in BF5 and the recent controversy with "time to kill" experiments. Then, you have to remember about Frostbite, the engine powering all these games, which Dice know like the back of their hand. Battlefield is DICE, DICE is Battlefield.