Not long ago Golden Globe nominees have been announced, a new year begins in a moment, and then the Oscars ceremony which will be the culmination of this - without a doubt - a very good film year. On this list below, you'll find every type of genre - from action movies to science-fiction - and there is one thing connecting all of these titles - they're just great. Some of them will overwhelm with sad content, others - as metaphors of our reality - force to reflect on the meaning of existence, while the remaining ones offer a lot of fun along the way... and nothing more. Not much, but that much!

And even if they are not all GG nominees, they may make a lot of noise on Oscars. 2022 is very strong a year when it comes to movies - practically every month there was an opportunity to go to the cinema for a good movie. Moreover, Golden Globes nominations are impressive, as there are many excellent movies and names mentioned, but after some time, you get a revelation - a whole number of movies has been omitted in the process. Our list consists of 12 titles, with a few others mentioned in the background. Which of these you've already seen, which ones are you waiting for, and which don't interest you at all? Let us know in the comments. 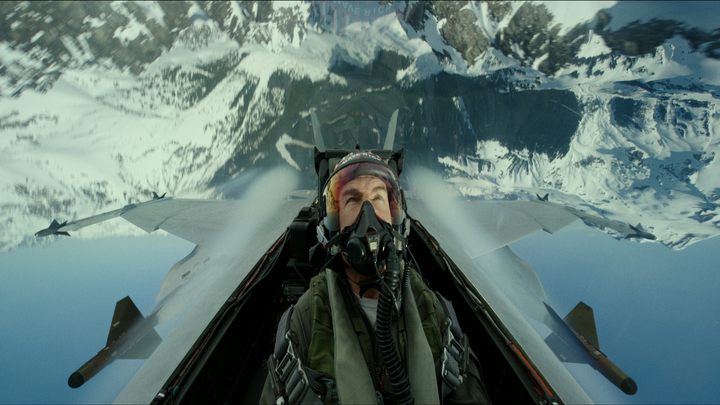 Top Gun: Maverick is probably the most important premiere of the year - I deliberately omitted Avatar here, because Cameron's film will remain in our conciousness for long after the Christmas break (this is when the movie will premiere) ends. The by-talk is over - let's get back to fighter planes. Is there anything missing in this movie? Forever young Tom Cruise, who is impossible not to love as Maverick, Miles Teller as the son of his best (and unfortunately tragically deceased) friend, and Val Kilmer who makes his return to the role of Iceman. Many years have passed since the events of the first part, but the hero still feels responsible for the death of his friend.

Sometimes it feels like it's even better than the original. Of course, nothing beats the power of sentiment and nostalgia, but let's be honest - the "final thirty minutes" of the movie are much more powerful than the one in the first part. What's more, we need to really consider whether the creators managed to topple 1986's Top Gun.