I can remember myself longing  just a few years ago  for games which would expose me to the consequences of my own decisions  without mercy. If I failed to rescue a hostage, I wanted the game to keep going without allowing me to go 15 or 30 minutes back to do things the right way  without any possibility to rewind time and see what are other possible outcomes. In times of memory sticks in consoles and direct access to savegame files on PCs, though, I was prone to believe my longing wont ever be satisfied.

But a few years went by, bringing games such as Heavy Rain and Telltales The Walking Dead, and my dreams actually came true. It turned out that you dont have to physically restrict the access to savegame files  you just need to make the thing a bit more complicated. If theres no such option in the main menu, hardly anyone will go digging in the game files to copy the savegames. The new way of engaging players in the story was enthusiastically welcomed, and the catchphrase difficult choices that matter became the signature for the new subgenre of adventure games, described as interactive series. 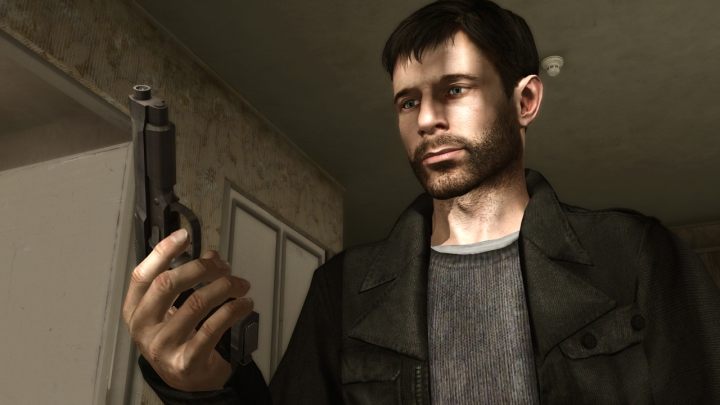 Heavy Rain gave new meaning to the notion of decisions and consequences in video games.

When it comes down to RPGs, the developers were also able to introduce a system of irreversible decisions, which, however, was done using a different system  not allowing players to save the game at any time and denying them access to their saves would be a controversial decision and a risky one at that  just imagine a single bug messing up your game right after a checkpoint, leaving no other choice but to start all over. Savage, right?

Around the time when the first Witcher was released, the genre received a new system of dormant, or latent consequences. At the given point, the player discovers the outcomes of a decision theyve made five or more hours before  maybe they could use the help of a person theyve lied to; maybe an important character dies due to what had seemed like a totally unrelated decision  whatever it is, we rarely opt to repeat a few days worth of gameplay to change things around. This is a very elegant solution  the developers dont take from you the liberty of managing your savegames, while at the same time attaching the right gravity to your decisions, which you simply have to accept. It has, however, one very significant disadvantage, which prevents it from becoming commonplace: it makes designing the story a whole lot trickier, forcing the writers, and then the programmers, to do much more work developing things that many people might not even see during their playthrough. 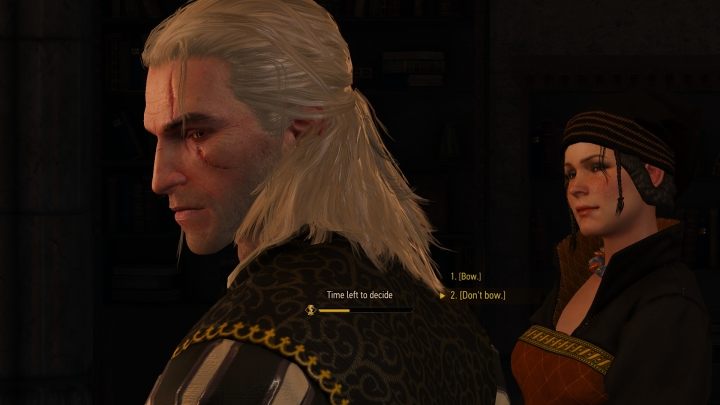 A bad choice could sneak up at you after many, many hours in The Witcher 3.

Much ado about saving

After breaking down to you this lengthy outline of mechanics designed to make our decisions in games more impactful, I ought to get to the point, or rather the game that inspired this whole article  Kingdom Come: Deliverance. The Czechs from Warhorse also wanted to attribute more gravity to the decisions  not only the big ones that shape the world and the story, but also (and perhaps mainly) the small ones: risky actions such as pickpocketing, for instance. In order to do that, the number of possible ways of saving the game was drastically limited to beds, bathhouses and special (rather expensive) potions, complete with checkpoints during missions. 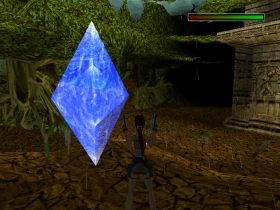 Saviour Schnapps in Kingdom Come isnt a new idea, as a matter of fact. Older players may recall a similar solution being utilized in PlayStation version of Tomb Raider 3  at the beginning of each level, the player would get a few crystals that allowed to save the game. You could find a couple more further down the road, but the game was still considered to be significantly more difficult than the PC version  sometimes even to the point of absurdity, if judged by todays standards.

The decision generated much discussion. Even though Kingdom Come has probably as many pros as cons, the discussion was mostly fixed on the games saving system. The solution utilized in the game was a bitter pill, mainly for the PC players, who have developed an almost compulsive quick-saving instinct over the years. Ive seen some truly paradoxical situations, where some core players, who usually bemoan the way video games have become way too simple because of the casuals, were complaining about this system spoiling the game. 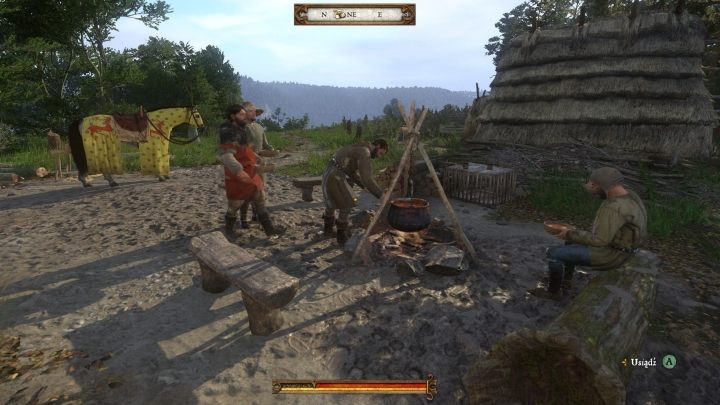 The opinions on the saving system used in Kingdom Come: Deliverance vary quite widely.

To be perfectly honest, I was sort of surprised to see the outpour of criticism caused by the solution  to say nothing of the way it increases the significance of decisions, hence improving immersion, I think it simply fits the general rules of the game, which is constantly striving to be as realistic as possible, without making sure the player is alright at every step. Its a bit like listing high difficulty among Dark Souls cons.

After making more than three steps, dont forget to save your game

The defenders of the compulsive quick-saving syndrome, also known as the F5ers (term coined by myself), argument that this, the most liberal, saving system allows you to spend as much time with the game as you heartily wish, enabling you to save & quit at almost any given point. And that definitely makes sense for anyone, whos not able to spend more than an hour or so at a time with their favorite game. The question is whether playing a game such as Kingdom Come for an hour a day even makes sense  these games emphasize prolonged and thorough exploration rather than playing for a few minutes after work to relax, theres no doubt about it. 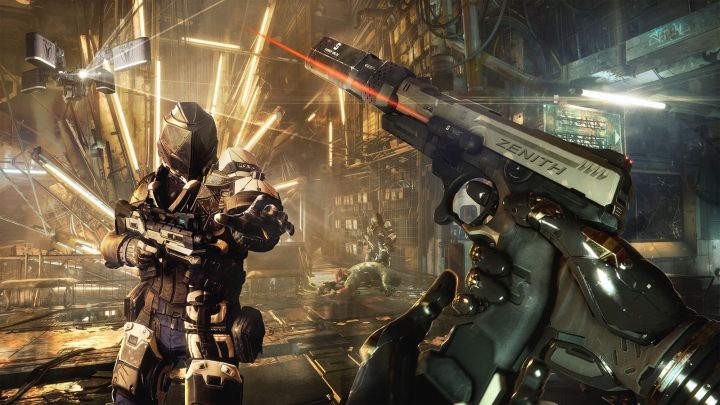 The ability to save the game at any given time made Deus Ex: Mankind Divide way too easy.

I can tell you, from my own experience, that quicksaves make you terribly lazy, encouraging daft and risky ideas. If, before engaging an enemy, you have to consider the possibility of repeating even the last 10 minutes of the game, the fight becomes way more significant. Something like that would be a breath of fresh air after games such as Deus Ex: Mankind Divided, which I have only finished quite recently, and where I shamelessly abused the F5 button  practically after killing each enemy, which, in the end, makes the game almost pointlessly easy.

The inability to save the game at any time is nothing new in the world of consoles. Lets just mention games such as NieR Automata, the Final Fantasy series or the first 3D installments of GTA. Each of these games only allowed players to save the game in a few chosen places. Such system, however, is a legacy of the times, when consoles, having no hard drives, were simply incapable of saving the game on the fly.

As the technology became more advanced, some console games gave up this solution; some developers decided to stick to their guns, though  in order not to trivialize their games too much. This system leaves it to the player to decide whether the game should be saved now or not  all it takes is a couple minutes to reach the designed place, and you can protect yourself from having to repeat large portions of the game  is that a good thing? You can basically go both ways here. 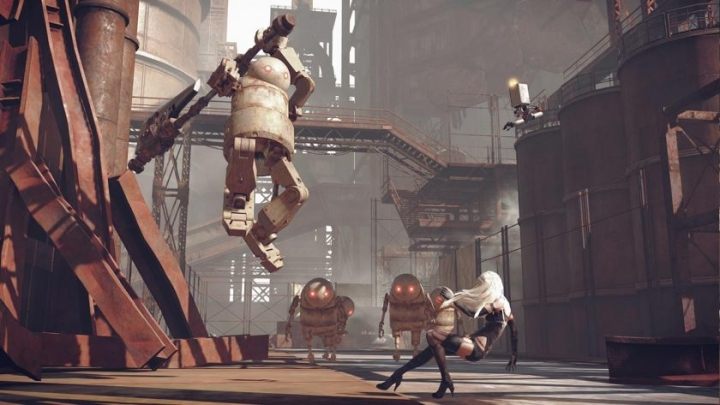 In NieR: Automata you have to mind the saves yourself  should you forget about that, the consequences might be painful.

Theres one more solution apart from manual savegames and predetermined spots to save the game  the checkpoints. Its somehow the opposite of what I just talked about; this time, its the developers, who are in total control of the players progress  all you have to do, is play the game. This system is probably the most popular solution, and not without a good reason; it allows the devs to control and balance the difficulty level, so that the game is never too easy, or too difficult which can literally ruin the game, if executed poorly  there were games that were buried by their own saving systems, which either made them disappointingly easy, or frustratingly difficult.

Kingdom Come: Deliverance is particularly interesting, since its using all three solutions. Save at any time? Sure, just get the potion, and off you go. Save in predetermined places? Check, but you might need to do some walking. Checkpoints? Here  but only during quests; just to keep things civilized.

Such abundance of various, albeit limited, ways of saving the game, should totally suffice, right? If so, then whats all the fuss about; why are the developers introducing a save & quit option in the game? Id chalk it to habit  usually, RPGs give you the possibility of saving the game at any point; such drastic constraints as those in Deliverance might seem unthinkable in this context. 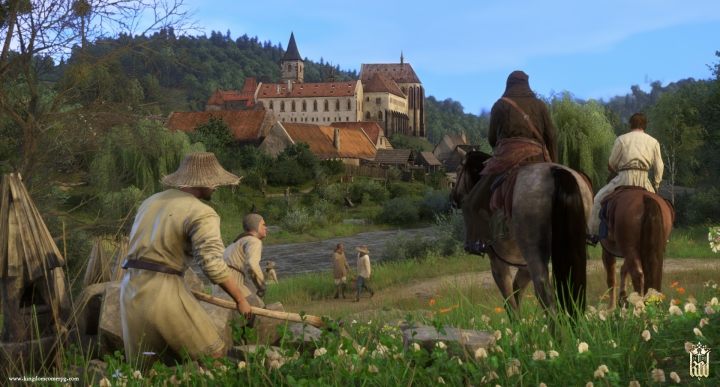 The developers of Kingdom Come finally budged and will make things a bit easier, but  fortunately  are not giving up their idea.

You probably see now that I consider myself a member of the defendants of the original system included in Kingdom Come: Deliverance. Im convinced that the typical manual saves available at all times are making things too easy, allowing players to escape the consequences of wrong decisions  and dont get me wrong  I do the same thing; if all it takes is one press of a button, its really hard to resist.

I prefer a system that has some limitations. Maybe not as drastic as in the mentioned Tomb Raider III on PSX, or the various interactive series, because that wouldnt work with every genre  and definitely not with the RPG. But a system that offers clever and well-balanced limitations to the manual game-saving ability carries with it considerable advantages  from improved immersion, greater emotions throughout the game, to more satisfying victories.

In the end, it all boils down to the players preferences and choosing the right game  an unforgiving, hardcore RPG requires loads of time, comes with a degree of intransigence, and thats that.