They disgusted me. There were like goo. Vague and undefined. Poke them a bit harder and they fall apart. They swarmed like wasps or some other bugs. Bet they could bite and sting to protect the hive. To be fair, I'm afraid they do; that maybe not today  they're still afraid of me today  maybe not tomorrow, but the day will come, when the loathsome, organic wave will crush on me. They will stick to me with their moist suckers, bleeding decay and disease into my immaculate body... Attack is the best form of defense. I have to gain the upper hand, strike before they do. I mean... with their primitive senses, they're virtually blind... surprising them will be trivial.

Alexander Strider (shot and killed by Psychosquad during the massacre in the shopping center; data restored from his memory module on July 27, 2020)

One of mechanics defining the world of Cyberpunk 2020 is the so-called cyberpsychosis, a cyber-mental illness caused by excessive cyborgization of the body. One of the more significant stats of the system is 'humanity,' which indicates how far an individual is from the final frontier of sanity. As we install subsequent implants, the cyberpunk is diving deeper into the abyss of madness, until all contact with reality is severed  such a person feels more like a machine than a biological being, which, in turn, generates excessive anger towards humans.

Those individuals are extremely dangerous because of the etiology of the disease alone  it develops along with compulsive improvements of their own bodies, and the installation of, often military, implants. This produces an aggressive unit, armed to the teeth with cutting-edge weapons and technology  and rather unfavorable feelings towards humanity. Therefore it's not very surprising that Night City PD, as well as police departments in other cities, has a specialized division called MAX-TAC, aka Psychosquad, specializing in tracking down and neutralizing cyberpsychos.

FROM THIS ARTICLE YOU WILL LEARN 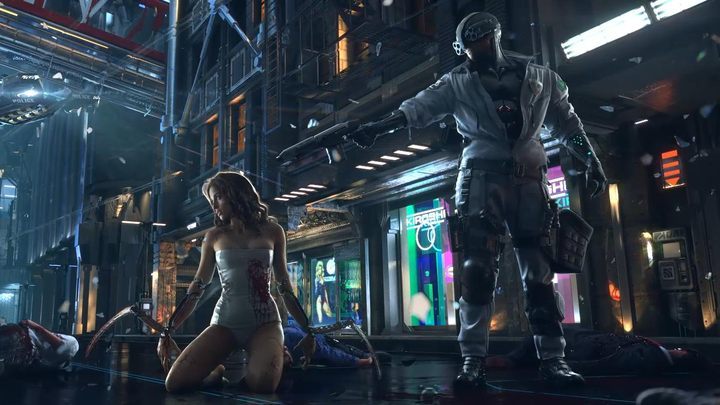 The first trailer of Cyberpunk 2077 certainly showed the Psychosquad in action.

If a cyber psycho is captured alive, he undergoes a complex "therapy" that basically has their mind taken apart to reassemble it anew, which is  as befits Cyberpunk 2020  extremely unpleasant. The entire procedure also involves turning all the implants off, which often means additional trauma for the patient. (Remember Case from Neuromancer? His personal drama in the novel is the fact that the implants that allowed him to enter the network were removed against his will).

This is what it looks like in the game world. But is that realistic? Is it just about creating proper atmosphere, or is there more to it? Can too many body modifications drive you nuts in the real world?

Where do mental illnesses come from?

Before we try to answer if this model of development of the mental disorder is plausible, we first need to look at how real diseases are formed. The matter is, as you expect from a medical problem, quite complex, and not fully understood. Most of the disorders develop long before obvious symptoms appear. Schizophrenia, for example, is now considered a disorder associated with faulty formation of nerve structures as early as in embryonic life. The current state of knowledge does not allow to determine which changes in a 25-year-old patient's brain are innate, and which are the result of the development of the disorder. Our understanding of the brain's operations as a whole is comparable to the state of surgery before the invention of anesthesia.

According to a general, but fairly well-established models of mental illness, they essentially are the result of the interaction of genetic predisposition, developmental factors, and current stress. In principle, genetics concerns every aspect of life  from the propensity to aggression (the gene responsible for the production of the enzyme MAO-A, the detrimental effect of which on certain neurotransmitters is considered strongly associated with a predisposition to such behavior), to sexual orientation. Therefore, it's not surprising that the risk of developing a mental illness also depends on the DNA. Whether this happens is determined by social and biological development (brain development can be disrupted, for example, by various types of infections, psychotropic substances, or hormones). Finally, when a person with an unfortunate gene suit finds equally unfortunate circumstance and environment in life, we've got the setting for a perfect storm. On the other hand, the trigger is usually some kind of a stressful situation.

Even though psychiatrists might thus seem like blind children in a procedurally-generated forest, we currently know more about the development and origins of mental disorders than a single person is able to learn during their entire life  which only goes to show how complex this phenomenon is. For example, we have a pretty good idea of how mental illnesses work on the biochemical level.

Nerve cells communicate with each other through synapses; complex connections between neurons. Synapses are roughly divided into electrical  where the transmission of a signal consists in a simple "jump" of an electric charge  and chemical  that is, those where specific chemicals act as the intermediary. 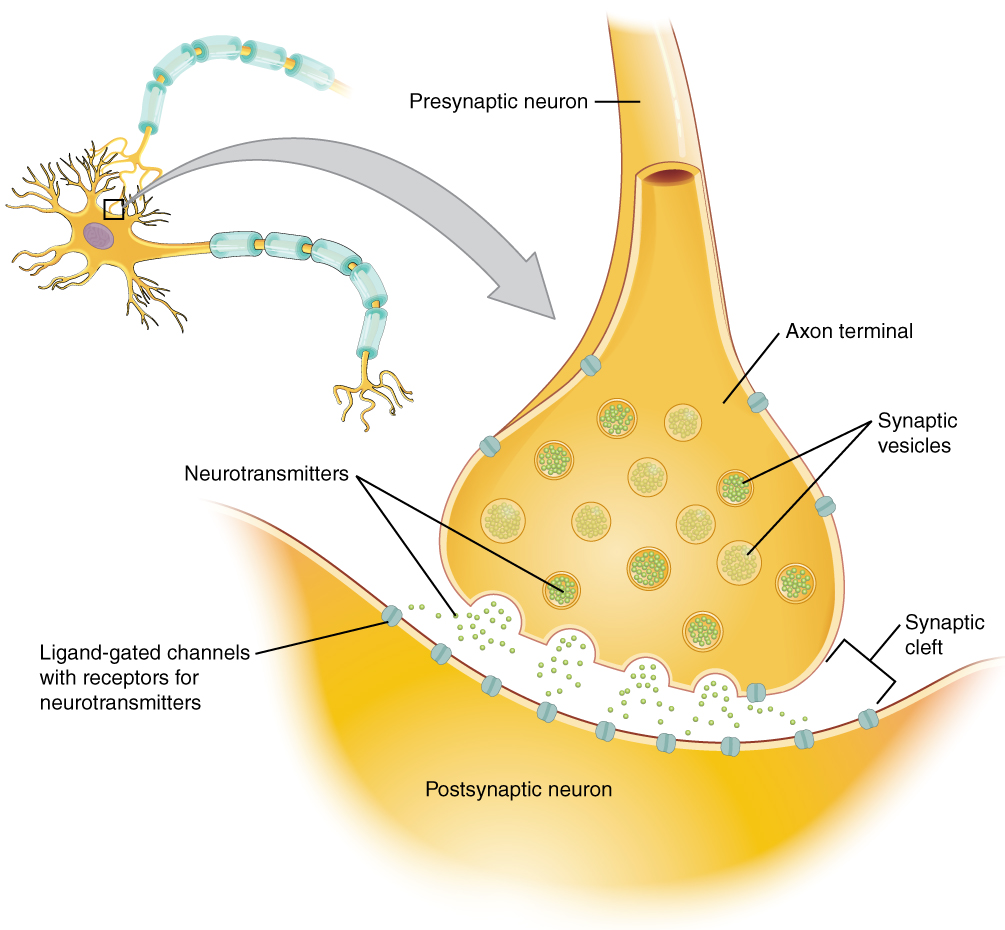 These substances, called neurotransmitters, are responsible for stimulating or inhibiting other cells. Stimulation of certain areas of the brain, in turn, causes, for example, certain emotions and experiences. Therefore, it is useful within certain limits. When it becomes too intense, however, it might prove unbearable  this is what we call 'mania.' In turn, if the stimulation is insufficient or destroyed by inhibition, the opposite phenomenon may occur, referred to as depression.

Of course, Its all grossly simplified for the sake of readability  the information is not basis for any evaluation of real-life cases  these require professional attention! What I'd like you to understand is that mental disorders are usually connected to disrupted biochemical balance of the brain. Some parts might be stimulated too much, while others, too poorly.

In the development of psychosis, which seems to also include cyberpsychosis, the dopamine and serotonin are particularly important substances, whereas the sensory thalamus filter, the limbic system and the neural pathways connecting it with the cerebral cortex are the crucial structures. We can say  although it will be a preposterous understatement  that the limbic system, in a way, "generates" emotions and controls motivation, and the sensory thalamus filter decides which sensations are real (by blocking the consciousness from those that should not occur  in psychoanalytical perspective, hallucinations are exactly that: unwanted sensations bleeding into the conscious). If these systems are disrupted, we either get too many sensations that are inadequate to reality (delusions, hallucinations, racing thoughts), or too few of them (which results in exhaustion, a feeling of emptiness).

PSYCHOSIS? WHAT IS IT?

Mental illnesses can be divided into: