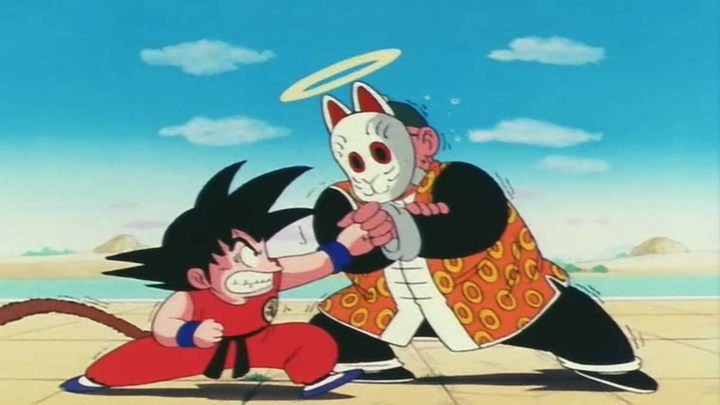 Those of Dragon Ball fans who started their adventure with Z may not remember that Son Gohan is not only the name of Goku's son, but also his adoptive grandfather. It was thanks to his care that the Saiyan boy not only survived alone, but also did not kill all the Earthlings (okay, he also hit his head by the way, but that doesn't sound so touching anymore, right?). Unfortunately, when Goku transformed into Ozaru (a great red-eyed monkey) during the full moon, he unknowingly killed Gohan's Son.

In the first series, when Bulma and Goku have the last Dragon Ball to be found, Kamesenin mentions his several hundred years older sister (don't ask how it is possible, Toriyama probably doesn't know it either). Uranai Baba works in divination and thanks to the ability of clairvoyance, she is able to locate any object on Earth. No wonder the heroes turn to her. However, because the old woman has to pay dearly for her services, Goku, Kuririn and Yamcha are forced to participate in a mini-tournament. They face a vampire, mummy and other kind of trash. The last (strongest) warrior hides his face behind a cat's mask.

In the end he turns out to be Goku's grandfather Son Gohan. He may not be fully alive, but he is incredibly happy to meet his foster grandson. The moment when the main character of Dragon Ball finally falls into the arms of a loved one, it crushes the hardest of hearts.