It certainly is not an ideal story. It is full of internal inaccuracies, and the world, although created with incredible ingenuity, lacks consistency. The story of Goku, Bulma, Vegeta and Dragon Balls balances on the fine line between a universal fairy tale and a brutal fight for adults, never becoming one or the other.The work of Akira Toriyama and Toei Animation does not have great ambitions - it is a basically simple story, most often based on obvious oppositions, such as good and evil , and exploiting the theme of conversion endlessly.

But so what, since even several decades after the premiere of the first anime episode (and even more from the first manga release), it is still one of the most popular Japanese productions in the world. So well-received that five official animated series (including one spin-off) have already been created , together over twenty full-length films, a dozen introducing additional plot threads and an endless number of fan manga.

This breakdown was initially intended to cover only ten items. But when I tried to pick the most "epic" moments from all anime, movies, and games it quickly turned out that I would have to skip dozens of iconic moments. So to present at least the most important ones, I decided to go with 15, still limited to just a few of the most important scenes. The other over 60 (!) I had to reject with great sadness. And believe me, it was one of the most difficult decisions in my adult life.

If you do not want to read the entire list, go down and select one of the last pages - there you will find the scenes that landed at the top of the ranking. At the very end, I put a small glossary so that the text does not confuse both readers who are just starting their adventure with Dragon Ball , and those who have already got used to the uniform nomenclature (be it English or Japanese). As a rule, I have used words created by Toriyama, but I have replaced those that sound a little more foreign than any of the translations with them to make the text clearer. 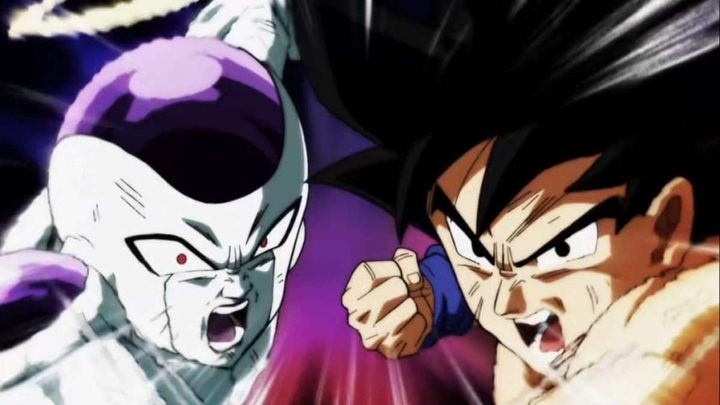 Although in Dragon Ball , converted antagonists join Goku after virtually every saga (Tien, Piccolo, Vegeta, C-17 and C-18, fat Buu, and in a sense also Beerus), few people expected that the Z warriors would finally be joined by Freeza himself. While it is hardly possible to say that the emperor has completely changed (as confirmed by the latest movie), even that brief moment when former mortal enemies fight side by side is a creepy sensation. Even Jiren himself had to succumb to such a force.

In the finale, the animation solutions are also surprising. The Power Tournament has shown that CGI has so much potential that, without harming the series' atmosphere, it could help to improve the quality and dynamics of scenes from such anime veterans as Dragon Ball. Above all, however, the scene of defeating Jiren is Toriyama's entire philosophy of creation in seconds. This is because Goku defeats his last opponent not side by side with those who stayed with him from the beginning, but with characters whose true intentions cause doubt and disbelief. The C-17 had spent many years in the wasteland after all, not assisting Team Z in any battle after defeating Cell. Freeza, on the other hand, did not cease to be a cold bastard even for a moment. Luckily for Beerus and the entire 7th Universe - he remained loyal to Goku (at least for a while).

The merged Black and Zamasu had a force that even Goku or Vegeta could not oppose. Ultimately (okay, almost finally) Future Trunks defeated them. Though theoretically weaker than the two older Saiyans, by unleashing his anger and making the sword a weapon resembling Genki-Damas, he broke through the immortal body of the merged Zamasu. So he defeated the enemy both by his own anger and with the help of Earthling survivors. Surprising, original and touching at the same time.