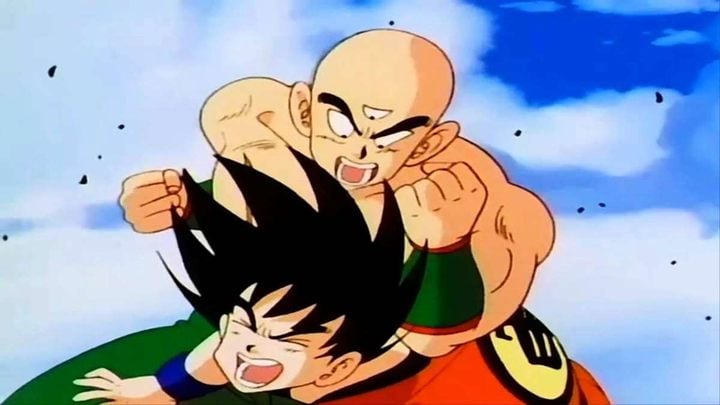 This fight featured more new techniques than the entire saga. After all, Tien was a master in developing them. The three-eyed Earthman was able to create his own copies, increase the number of limbs, blind his opponent with an explosion of light or crush him to the ground with a powerful immobilizing projectile. In terms of the multitude of techniques shown by both competitors, that tournament deserved to be called the best in the entire Dragon Ball .

It is a pity that it has already been forgotten a bit today. And yet there were plenty of twists and turns. And it seemed that Goku would easily defeat Tien in a moment, and it was the latter who retaliated with blows that should end the fight. At that time, we also did not deal with boring sequences known from Z. The clash between Goku and Tien is a piece of tasty, juicy fight.

The result aroused the greatest emotions. Goku and Tien fought at high altitude, eventually collapsing at the same time. The main character managed to delay his contact with the ground a bit by firing a small kamehameha. So it seemed that Tien would be the first to touch the ground. Unfortunately for Goku - a passing truck meant that he was formally out of the mat before his rival, losing the second tournament in a row.

Tien stops Cell by himself

After the tournament finals, Tien was gradually marginalized by Toriyama. He has done almost nothing in the fight against Vegeta and Nappa. However, he had his last big moment during the fight with Cell. He then managed to hold him back with the endlessly repeated kikoha long enough for the Z-warriors to regroup. After performing a heroic deed, Tien returned to the real fight only in the Power Tournament, where he did not make a sensation.