The biggest games usually release throughout October and November, which has been a standard for so long, we don't really know any different. This, of course, is conditioned by the shopping frenzy that inevitably ensues during late fall and early December around the world. The biggest publishers enter a fierce competition every year, trying to tap into the torrents of money we're spending.

Now to the question: do you still remember the release date of Cyberpunk 2077? It was December 10. The date came after numerous delays, and was still way to early. Motivated by vision of profits, and not really mistaken in that, the decision makers at CD Projekt opted for the highest tide of shopping. Techland, by setting such a release date, gives itself time, but at the same time takes a certain risk. It's likely that if the game only required final touches and polish, the release date would likely be set to November. They've seemingly made the decision: we want to make it, but we're not sure we can, so set the date as late as we can.

Why am I not surprised?

You would be forgiven for thinking what took them so long after seeing the latest demo. It's the same game, just bigger. We have the iconic free running again, and we fight with humans and zombies just the same. There's quite a complex day and night cycle, and a fictional city, likely bigger. All of this, at first glance, doesn't seem like it required that much more time and effort. 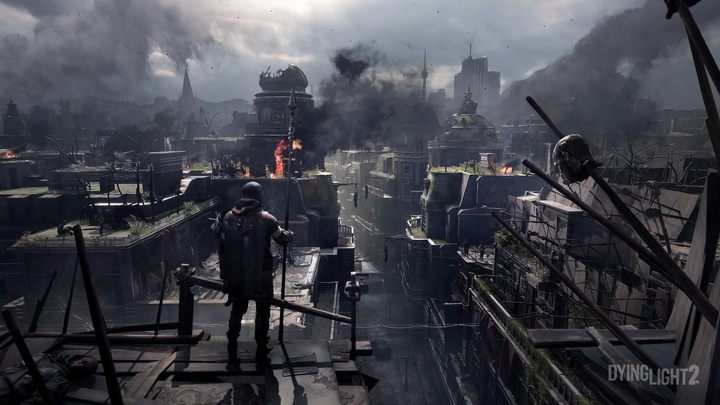 The latest gameplay demo may not look dazzling, but then, the first game didn't look like much prior to release either, and yet I still love it to this day.

However, if you remember the first Dying Light, then you know that the game, despite open world, was very linear. You could level up, choose side quests to perform, but after all, the story went from point A to B without bothering with our input.

This will be different this time around. Three different factions ought to bring three main story courses that will be intertwined and mutually exclusive  to what extent is the question. Along the way, we also have to make choices that will significantly affect the appearance of locations.

Techland has never made a game that would be so open-ended in terms of player decisions. The first part was ultimately a fairly simple action game in terms of structure. This time, you can see that we're talking about a much more ambitious project that will employ RPG mechanics much more broadly that the predecessor. This is an ambitious challenge, perhaps even a milestone for the studio.

This conclusion isn't new to me, so I wasn't particularly surprised that development couldn't be effortlessly continued during the pandemic, nor that the game will be released very late this year. Truthfully, I won't be surprised when they don't make it, either. Right now, I don't think anyone inside or outside Techland knows if they can actually deliver in time.