Dying Light 2 is a first-person open-world action game, in which players traverse a city infested by zombies. The game is a sequel to the 2015 release, Dying Light. The game features a single-player story mode, as well as a multiplayer mode. The studio in charge of the game is a Polish developer, Techland. Besides Dying Light, the studios portfolio includes games like Dead Island and the Call of Juarez game series.

The action of Dying Light 2 takes place 15 years after the events of the original game and is set in a completely different area. The general outline of the plot is also similar and builds on the idea of a viral zombie outbreak. The sequel tells the story of a community of survivors struggling in a city infested by zombies (who become especially aggressive after nightfall).

In contrast to the previous release, this time, the developers decided not to focus on a linear storyline, and instead, they placed their bet on a so-called narrative sandbox style of storytelling, which enables players to build their own story through making decisions over the course of the game. This part of the game was given much thought as the developers employed  among others  the renowned expert writer in the RPG genre, Chris Avellone, who was responsible for games like Planescape: Torment, Fallout: New Vegas, Star Wars: Knights of the Old Republic II, and other.

In Dying Light 2 players get the opportunity to explore a vast city infested by zombies and desperate  often dangerous  people. The world is four times the size of the original release. As in Dying Light, the game features a robust melee-combat system (guns are present in the game, however, melee combat is the core fighting mechanic). Besides letting the players decapitate enemies, the game includes a crafting system, which allows adding many different features to weapons.

The game places a lot of emphasis on parkour elements, which allow players to traverse the world with a lot of freedom, the only limitation here being the fact that every action (even holding onto a ledge) uses up some of the stamina bar. Dying Light 2 has twice as many animations relating to movement including jumping, running, and other stunts. The creators also included environmental puzzles based on stunts, forcing the players to plan their routes ahead.

The game features a day/night cycle, which has an impact on the strength and behavior of enemies; zombies become much more dangerous after sunset, thus, its a good idea to keep an eye on the time and explore the surroundings carefully. In addition, the studio in charge, Techland, placed a lot of emphasis on the fact that player choice is being represented in the game world. The developers also improved enemy AI; now enemies can change their attack style during combat.

Dying Light 2 runs on an upgraded version of the Chrome Engine called C-Engine. The game features beautiful 3D graphics; the city, as well as character and monster models, were designed with great detail, this is especially clear when standing on high rooftops. The shading and lighting systems are also very impressive technical achievements. 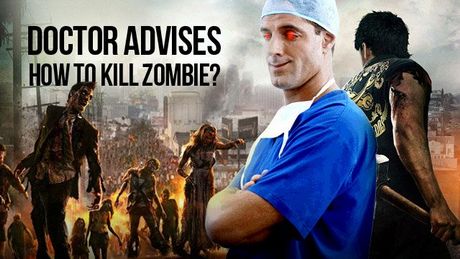 We're players, so we know getting ready for a zombie invasion is necessary. Shotguns, batons and flamethrowers are not everything  after all, the most important thing is to know the enemy and their weaknesses.

During the Digital Dragons 2016 conference in Kraków, Poland, the CEO and founder of Techland has announced that the company is currently making two AAA games. A sequel to Dying Light is quite possible.

Techland announced that during this year's E3, the team will show new materials from Dying Light 2, a continuation to the warmly-received open-world zombie parkour action game from 2015.

There is a concept art on the web that shows how the player's decisions will affect the game world in Dying Light 2. We also learned a little more about the length of the game and the improved mechanics.

New trailer of Dying Light 2 was presented during Microsoft's E3 2019 conference. The game is being developed by Techland. We also got to know the game's release date.

In the Internet there are materials presenting the gameplay footage from Dying Light 2, coming straight from E3 2019. At the same time, the creators published a short interview with Tymon Smekta³a - the main designer of the title - on their channel.

Dying Light Will Get Another DLC

In an interview for Gameindustry.biz Tymon Smektala from Techland revealed that the studio continues working on new content for Dying Light. By the way, we learned a few interesting facts about the sequel.