When Epic Games Store launched in late 2018, independent developers could see Tim Sweeney's company as an almost messianic entity. The new platform aimed to cut itself a large piece of the PC digital distribution pie, previously identified almost exclusively with Steam – and was not afraid to invest considerable funds to achieve this end. It promised game developers a lot: significantly lower revenue cuts, greater exposure, protection against toxic behaviors in the community. No wonder that some of the smaller studios felt no remorse upon moving to pastures where the grass seemed greener (and where Gabe Newell's herd did not eat up almost a third of it, too). But after more than three years of Epic Games Store's operations, it is still very difficult to assess how friendly a store it is to independent devs.

Of course, it is possible to indicate the areas where it definitely dominates over Steam. At the time of debut, one of key elements to attract creators to the new platform were the revenue cuts, which, compared to the industry standard, remain ridiculously low. Whereas Valve, Nintendo, Microsoft and Sony all claim 30% of the revenue for each copy of a game sold via their stores, Tim Sweeney's company does away with the modest 12%. Moreover, if you create a game using the Unreal Engine and release it via Epic Games Store, you can save up the 5% you'd normally have to play for using the license on the engine. For teams that do not have the financial safety of a wealthy publisher, it can make a huge difference. 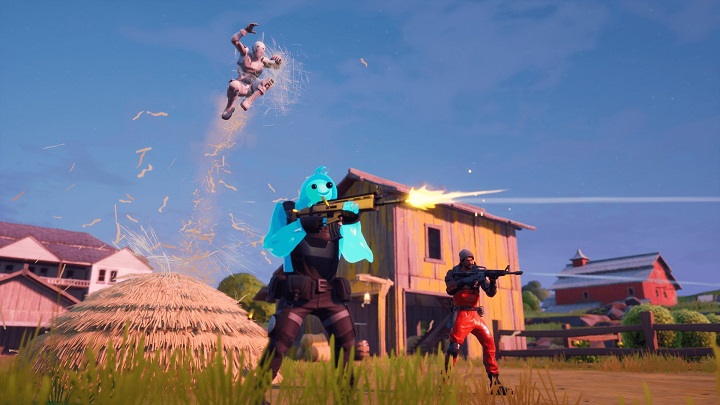 The gigantic money brought by Fortnite meant that Epic Games could pay extra for its platform – and thus offer a much larger share of revenue to developers.

Of course, the sales margins on Steam aren't 30% for everyone. If the game generates at least $10 million in revenue, Valve will charge 25%, and after exceeding $50 million mark – "only" 20%. However, this is still way more than in the case of Epic Games, and besides – who are they kidding? – these thresholds remain the stuff of wishful thinking for many smaller developers. 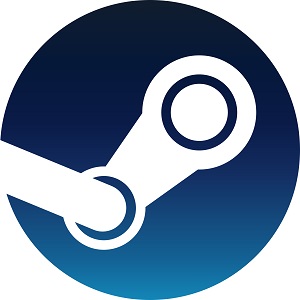 Producers releasing their games on Steam also have one backdoor they can use in terms of margins – keys generated by Valve, which can be used to sell physical versions of games or distribute them on other sites. The platform charges a round 0% commission for these, and the restrictions related to the use of those keys are somewhat blurry. Valve only asks that the creators always make a "similar" offer on Steam, and that they sell these keys as part of bundles or subscriptions at the "right moment" in the game's lifecycle. The rules are therefore quite vague and largely subject to interpretation. However, the platform owners reserve the right to refuse to generate keys if a developer request would put Steam buyers at a significant disadvantage.

Substantially lower margins sound tempting, of course, but the fact of the matter is that they're not affordable for everyone. This is the first thorn in Epic Games' image as a benefactor of indie games: this platform is not open to devs. While posting your game on Steam costs you just $100, in the case of Epic Games Store, each title must be submitted for a verification process. Many gems that have had unexpected success on Steam did not make it into the competing platform. But there's also the other side of the coin, of course. 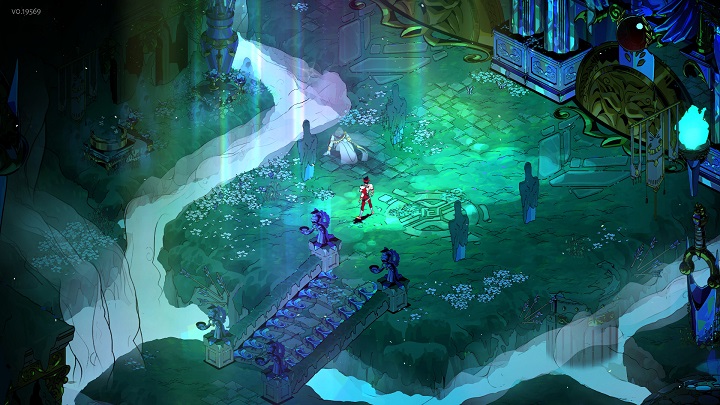 Hades is a prime example of an indie game that managed to break to the mainstream despite temporary exclusivity on Epic Games Store. However, this is an example of a premium-class indie game (i.e. a triple-I), which is difficult to compare with productions developed on a budget that's microscopic by comparison.

Due to limited access to the Epic Games Store, its offer is limited to about a thousand games. Compare it with Steam, which broke the barrier of 50,000 proposed games last year. But among that sea of games, it becomes increasingly difficult for small productions to break through if their authors cannot afford additional marketing. Each pixel-art platformer, each walking simulator, each two-dimensional RPG are successive drops in a huge sea of production, from which it's increasingly difficult to pick out truly outstanding items.

So, the conclusion might as well be that although the more rigorous verification of games on Epic restricts free access to it, it at the same time provides a better exposure to all those who make it through. Plus, it doesn't take long to find stories of indie developers saved by signing an exclusivity deal with the Epic Games Store. Gwen Frey, author of the 3D puzzle game Kine, shared her experience on Twitter:

I was a struggling solo indie dev making a passion project. I was about to sell out to a publisher so I could hire artists and finish my game properly. But I didn't, because I was saved by an Epic exclusivity deal. [...] Kine is a niche game that is hard to market - Kotaku was never going to cover Kine. IGN was never going to cover Kine. That's just reality! I was a solo dev making a narrative puzzle game. In spite of this Epic has done an excellent job promoting my work. If Epic wanted they could have announced Kine back when I signed with them (Jan). They could have said "Hey, look at this female solo indie dev we're supporting! Aren't we great!" It would have been excellent pr for them in a difficult time.But that would be bad for the game. Instead they asked what I wanted to do. Then agreed to wait until I had a demo and was ready to show it. 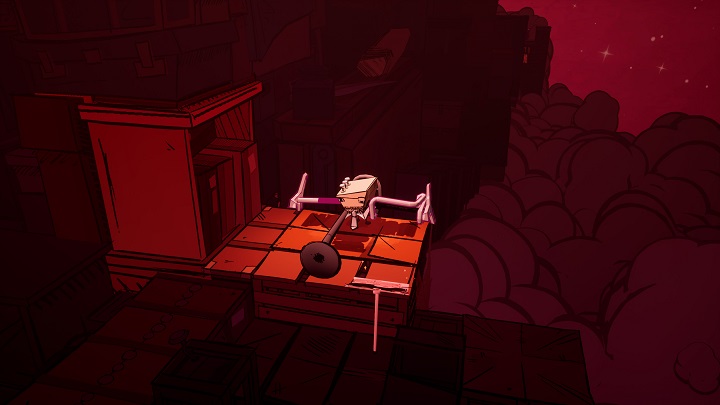 Kine is just one example of a game that was saved by an exclusive deal with Epic Games – and it ended up on Steam after some time.

I do not want to defend the notion of exclusivity here, but sometimes it may save smaller developers. Frey is not alone in this at all. William Chyr, the author of Manifold Garden, and the studio The Wandering Band, responsible for Airborne Kingdom , also spoke in a similar vein. Epic Games Store has certainly saved a few projects that would either not be released at all on Steam (because their creators would not be able to finish their works without financial support), or would immediately be lost in the slew of constantly released items. Meanwhile, the temporary exclusivity agreement allows these titles to stay afloat – but its unlikely to give them a better chance to rise to the heights of popularity.

Despite smaller visibility, much higher competition, and bigger margins, Steam still remains the platform where small indie games can become hits. It can make a project like Vampire Survivors, initially a game made to give its author "something to play on weekends," an absolute hit. It was on Steam that Core Keeper, a two-dimensional game about digging tunnels, found over a quarter of a million buyers. 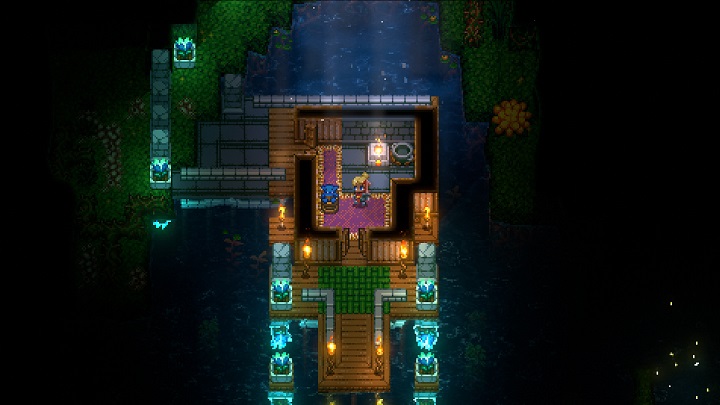 Despite the archaic (but still nice!) graphics, old-school character and fierce competition, over a quarter of a million copies of Core Keeper were sold in just a week from the premiere.

Have you heard of even a single story like that ever happen on Epic Games Store? I don't think you have, because it's a platform where spectacular successes happen mainly to indie deluxe games, the triple-Is – from studios that remain independent, but whose productions are closer to AAA quality. We're talking games like Hades, Dauntless or Sifu, rather than Hotline Miami or Stardew Valley. Truly small, low-budget creations from aspiring developers have to make do with leftovers.

I would say that it comes mainly to the fact that Epic Games Store, while it may be a very attractive store for some, is a rather poor platform overall. Steam, on the other hand, with all its drawbacks, does a perfect job building the community around the games it offers. Just visit the page of Darkest Dungeon, a game released six years ago, and you can see that it is still very much alive: people post reviews, discuss the game on forums, show off creativity inspired by this title. Meanwhile, if you got to the Epic Games Store, where Darkest Dungeon 2 debuted in Early Access last October, and you might think: "A corpse." Some promotional materials, hardware requirements, and nothing else – as if I were looking at a shop window. 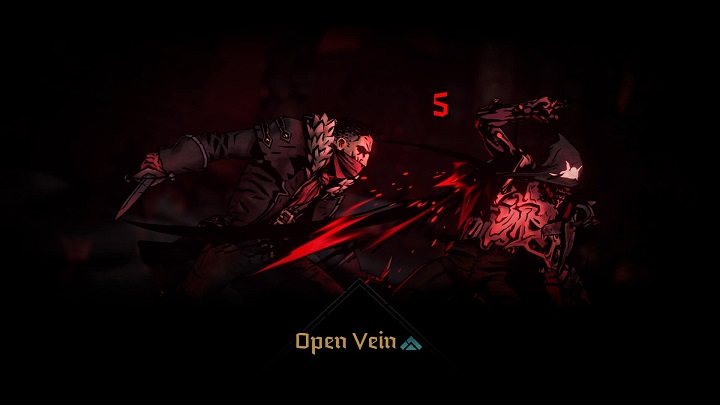 In 2016, Darkest Dungeon became a huge indie hit on Steam. Its sequel is currently only available on Epic Games Store – and hasn't gained similar publicity.

I have the impression that Epic Games is approaching its platform in a very cold, corporate fashion that doesn't take into account the human/community factor. Forums, communities, the ability to chat with friends, even seemingly useless things, such as trading cards, or profile levels – all this increases the engagement and makes players willing spend time on Steam. They can exchange opinions, recommend niche productions to others, so there's a lot of organic marketing. Epic Games Store owners pride themselves on shielding developers from player toxicity, and that's definitely true – but they forget that just as often, the community is the engine of success. Word of mouth, mods, or forums all offer great opportunities for dev teams that cannot afford a massive marketing campaign. 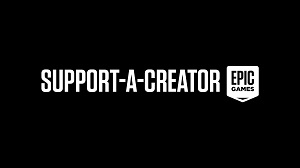 The platform owners are trying to compensate for Epic Games Store's inability to create a community, at least partially, with the Support-A-Creator program, which allows content creators (influencers, youtubers, etc.) to share special referral codes for the promoted productions. When buying a game with these, at least 5% of the revenue goes to the referrer's account, which in theory is supposed to encourage active advertising. How it works in practice is difficult to assess with certainty, but the fact that the Internet isn't actually brimming with stories of developers launched to the heights of popularity with the Support-A-Creator program might serve as an indication. 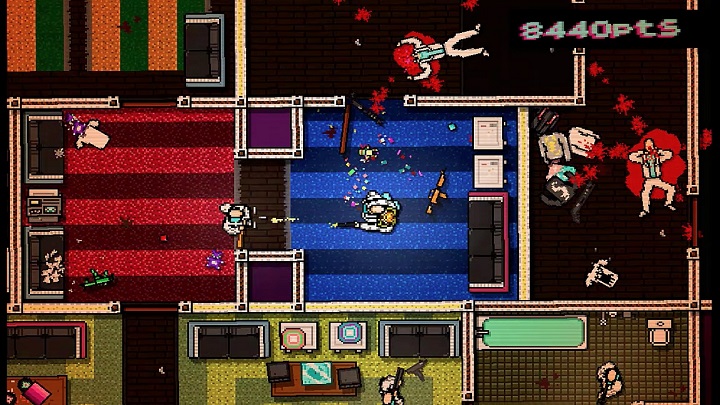 There's no doubt that before Steam opened up to all developers, indie games could count on a much greater exposure – but it's still the Valve store that has the ability to turn obscure projects into smash hits.

Now, I don't wish to conclude that these stores are ultimately cancelling each others' advantages out. If there's any sort of conclusion to be made, it's that neither Epic Games Store nor Steam are actually indie games' eldorado. The bottom line is that small devs don't have it easy either way. With limited resources, they have compete with triple-A games with huge budgets, and with smaller studios that have already had their breakthrough success and can thus afford much bigger advertising campaigns – not to mention the thousands of tiny games that are released on these platforms every year. Even if the Epic Games Store offers developers better financial conditions, and Steam a slightly better chance of becoming a viral hit, both platforms can hardly be considered truly indie-friendly. It seems that whoever wants independence will always fight an uphill battle.