For millennia, humans have tried to predict what awaits both our species and the whole Earth in the future. To this day, however, the future remains a great unknown, constantly inspiring more and more artists throughout the years. We cannot deny the fact that most of the visions of the future of humanity are rather tragic. After all, who hasn't watched a post-apocalyptic or catastrophic movie at least once in their lives?

This vision of the future has also inspired many manga and anime creators. There are tons of Japanese movies and anime series that can make you wary about what comes next, especially in this day and age. Many people falsely believe that the works of the Japanese masters are rather infantile. There's a prevailing opinion that anime is for children: simple and without any depth nor an underlying message. You couldn't be more wrong. Many of them provoke reflections on the future.

Today, we will look at a few anime movies that will take you on a journey to a post-apocalyptic future, hostile to humanity, where the heroes have to face threats and dangers of the new world and fight for a better tomorrow. Check out our list of animated Japanese films depicting a tragic vision of what is to come. 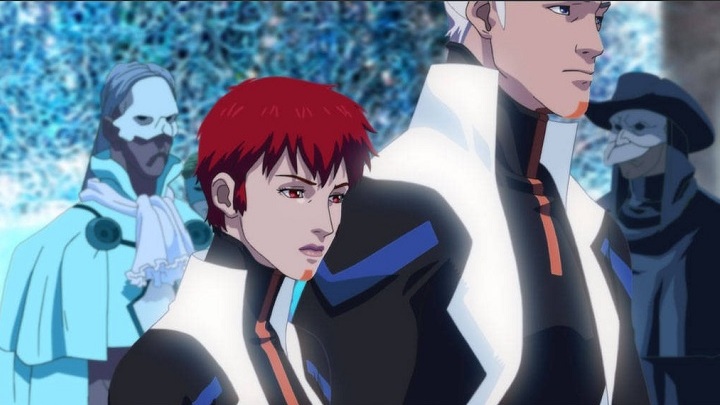 We open the lsit with Wonderful Days (also known as Sky Blue). Although the film is not Japanese, but a South Korean, it would be unfair not to mention it here. The Korean creators from the Gainax studio proved that they can create an amazing story in terms of plot and technology. Wonderful Days is not particularly famous, but it deserves a mention, so we decided to put it on the list.

The plot of Sky Blue takes us to the year 2142, when the society is divided into two layers: Ecoban – people living in a beautiful city, the only place where you can live normally (but this happens at the expense of other areas that are constantly polluted), and exiles living in Marr – contaminated slums in post-apocalyptic lands. In that setting, we meet the main characters – childhood friends standing on both sides of the barricade.

The movie depicts a world that no one would like to live in. Wonderful Days offers an apocalyptic vision which, as we witness the constantly deteriorating condition of our planet, is incredibly relevant. Many will also notice some similarities to the Matrix. Wonderful Days – just like Wachowski's blockbuster – is a kind of warning, but there are no cold, emotionless robots here, but rather ordinary people who, as it turns out, can be even more cruel.