You probably won't see anything more powerful this year. Because nothing is more terrifying than the truth. In Chernobyl, the HBO miniseries, there's a lot truth  and it's damn bitter. This assertion is bluntly obvious from episode one.

1986 will go down in history as one of the darkest years of the energy industry. The oxygen-hydrogen explosion in the reactor of the Chernobyl power plant is one of the loudest and most significant disasters in Europe of the second half of the 20th century. This accident made us forever apprehensive of the atom. People were afraid of radiation sickness, burns, tumors. As a result of the explosion, and during the rescue operation, more than a hundred people died; the repercussions of deadly radiation and wandering of the radioactive cloud across the continent are difficult to assess. At the same time, this is a story of denial, shown in the series, and exemplified in the real world.

The Soviet government tried to swipe the facts under the rug, marginalize the threat, and cover the whole thing up. The world only learned about the possible grave consequences when the meters at foreign measuring stations went off the charts.

The disaster inspired numerous publications, documents, one or two horror films, and the famous S.T.A.L.K.E.R. video-game series. Chernobyl is perhaps the most faithful, non-documentary depiction of those events. One that's also incredibly realized. 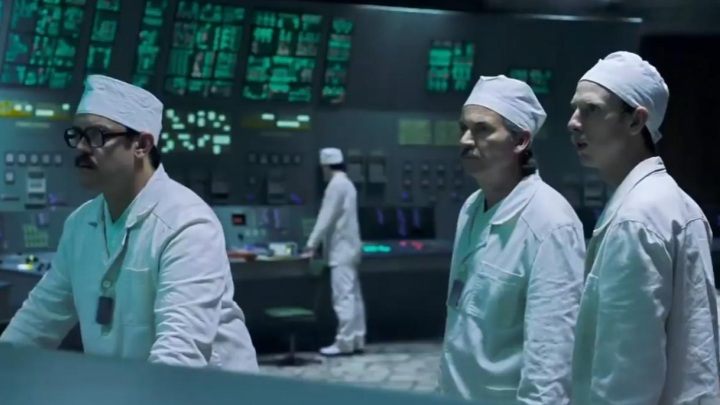 The number of victims of the Chernobyl disaster is still unclear. According to the report of the UN Scientific Committee on the Effects of Atomic Radiation, 600 employees were at the station during the failure of the core no. 4. 134 of them received a large dose of radiation. 28 died within three months of the explosion, and another 19 before 2004.

What was the long-term impact of the disaster on mortality rates? According to a report by Greenpeace from 2004, which was criticized by the scientific community, the events at the nuclear power plant could cost the lives of up to 200,000 people. It is problematic to determine the actual number of victims since it's hard to establish the origins of tumors in general. Therefore  at least for now  it is not possible to clearly determine the impact of this disaster on the population of Europe and the rest of the planet.

Johan Renk, the Director of the show, decided to tell the story from the perspective of several people whose attempts to mend the situation hit the brick wall of the Party government, and the nature of the catastrophe itself. And while we get an impressive spectrum of events, at the same time, we learn a lot about minor, terrorized politicians and helpless power-plant workers. The apparatus of power, the communist ideology, the state secret  these were all more important than the safety of the inhabitants of Pripyat and the surrounding villages. At the same time, we see how unsuspecting residents of the city, as well as firefighters, rescuers and ordinary workers of the power plant, are completely helpless in face of the disaster. The protagonist  or rather the character from whose point of view we observe the drama  was outlined very discretely, but at the same time very skillfully. This, combined with awareness of the fact that the portrayed events really took place, is enough to make us strongly empathetic of the characters, and to render this the very definition if riveting. 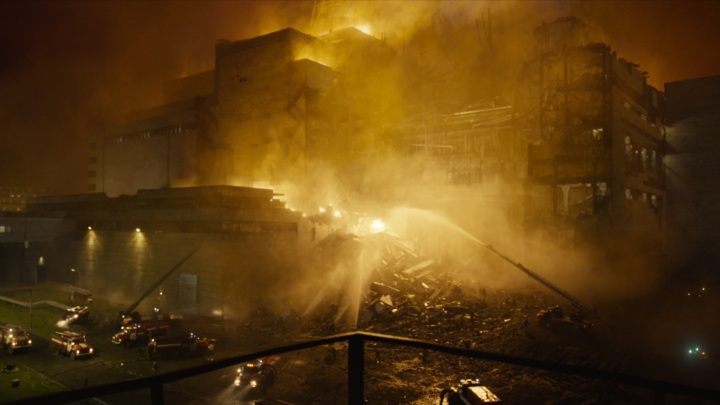 Chernobyl isn't a horror. It's a disaster film. And yet, it's just as terrifying and unnerving as the best horror stories. It's not only because its depicting events form recent past  if you're in your twenties, your parents certainly told you a lot about those times, particularly in countries close to Ukraine. About the hysteria, the iodine therapies. And in the very center of this crisis  the evacuation, the incompetent (because completely unaware) rescue mission, the denial of the truth. And the victims. Many, many victims. The horror here was constructed with perfect execution. Even small and intimate scenes that take place long after the explosion carry a significant dose of anxiety.

In pop culture, an interesting chain reaction occurred in relation to Chernobyl. At the beginning, it had nothing to do with the powerplant near Pripyat at all. The story of the Strugatsky brothers, Roadside Picnic, tells about the Zona, where artifacts of aliens can be found  but there's no word about the nuclear reactor itself. Stalker (1979) from Tarkovsky, is also not concerned with the atom  as you might expect: Tarkovsky was a hell of a director, but his precognition wasn't all that impressive. Only the games from GSC eventually combined the stalkers and the Zona with Chernobyl, without tearing down the mystical treats of both source materials. The operators, set designers and make-up artists did a splendid job. Everything contributes to the increasing tension and mystery  even though we know how the story ended. But still  as you see the workers and engineers approach the exploded section of the complex, the atmosphere grows dense, and the feeling of claustrophobic eeriness reaches levels equal to the first Alien. With the only difference being that the threat here is invisible and silent. That's enough. The great edifice on fire is a harrowing sight. When we see the people burned with radiation  it's terrible. When the radioactive cloud forms above the plant just one day after the explosion  it's horrifying.

However, perhaps nothing is more powerful than the sequence, in which Pripyat residents go out with their children at night to look at the fire because it looks beautiful. The sequence in which the rain begins to fall in slow motion also left me speechless. Theres nothing graphic, theres not a single drop of blood yet, it just makes such a huge impact.

The music by Hildur Gu?nadóttir is practically another character in this film, another source of anxiety, the most prevalent one, which maws on the subconscious. We do not see the radiation, we do not hear it, but the sounds perfectly reflect the horror that results from tempering with the most fundamental, vicious forces of nature. The bass synth is growling ominously, sometimes broken through with a low moan of the strings  but the soundtrack is primarily electronic. The score to the entire miniseries sets a new standard for horror cinema. The music is quite reminiscent of the compositions by Mark Morgan from the first Fallouts. Only that here, we feel even more darkness and burden. The accent of some actors sounds out-of-place sometimes, but it's no doubt better than in Connery's The Hunt for Red October. 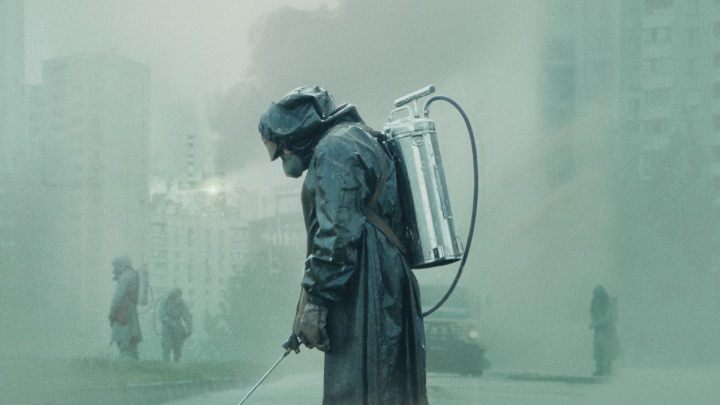 The tragedy and drama of the disaster is one thing. Chernobyl, however, carries a much more universal message. It goes to prove that once a crisis hits, it's we, the common people, who are first sacrificed on the altar of national security. The height of the pile of bodies does not matter  as long as ideology prevails. Each system. Every power, every idea. Let that sink in and resonate. Along with this tour de force of a TV series.

May the story be heard, as it's one of those that deserve it the most.