Some of the characters present on this list will probably soon appear either in their own movie or TV series, or as side characters of one of the next hits of the pop culture epic by Kevin Feige. Others may not get such an opportunity even for the next decade. However, this does not mean that they will lose their fans in this way - comic book enthusiasts may love them even more.

Of course, it is impossible to mention everyone in such a list. There will always be such characters, who for some fans are the absolute number one, and according to others they deserve nothing more than a mention. Therefore, make sure to write about your proposals in the comments - perhaps we will be able to include them in one of our next ranking lists. The most conspicuous is probably the absence of Galactus. This time, however, I did not take into account the typical supervillains (maybe with the exception of Mistress Death, who in many comic book incarnations seems to be a character who does not fit into the traditionally accepted norms of good and evil).

For this, I present many anti-heroes (i.e. characters suspended somewhere between heroism and the villainy), whose opportunity to break into the mainstream was created by the success of Deadpool. Besides, I focused on those who would have a chance to make a solo film with a separate story. Devourer of Worlds may replace the main villain in the MCU - Thanos, but he will not necessarily be a good candidate for the hero of the work detached from the fight against the Avengers. Silver Surfer, in turn, has not yet debuted in the MCU, but he had his screen time on the occasion of another cinematic version of the adventures of the Fantastic Four.

Moreover, Marvel has created so many expressive characters that even sacrificing two sentences for each of them would make your browsers extremely busy. You can read about a few of them below-you can easily find basic information about the rest on the fandom wiki. 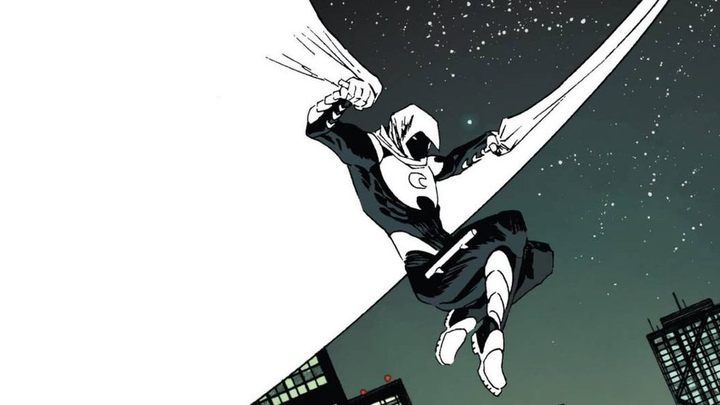 Moon Knight has already appeared on the screen, but his performance certainly did not satisfy the appetite of fans. The animated series Mega Spider-Man delighted with fresh animation, but it was aimed at too young an audience to outline one of its supporting characters in this story. And the Moon Knight is a mercenary left to die, endowed with power by the Egyptian god Khonshu, the son of Amon Ra himself, brutal and hellbent

. . . One might be tempted to compare Moon Knight with the Dark Knight, as some refer to Batman. In my opinion it's a little far-fetched - although there are some similarities (both of them are kicking asses mainly at night, both of them also do not shy away from brutality), but the genesis stories of both these superheroes turn out to be completely different.

Moreover - although Marc Spector (the real name of the superhero) may not have such expressive opponents as the Joker, he seems to be psychologically much more complicated character than the good old Bats. Of course, so many comics have been created about Batman that it is easy to find both masterpieces and complete flops among them, but struggling with a kind of split of the self, the mercenary marked by the Egyptian god, at least on paper, seems to have more potential. Especially when it comes to character psychology. This could be a really great story.

If you believe the latest reports, the dreams of Moon Knight fans can come true soon. Disney+ is reportedly working on a series in which we will get to know the screen incarnation of this character. The showrunner of this production is to be Jeremy Slater, while the main role will go to Oscar Isaac. If this is confirmed - will you watch Moon Knight or will you read more comic books about him? 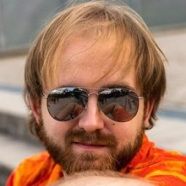 I sincerely recommend you familiarize yourselves with Moon Knight from the mentioned issue by Warren Ellis  From the Dead. These short comic stories nicely introduce the character and do not require knowledge of any additional stories. Given the potential of the character, I can't wait to see the direction Disney+ takes on this one. I'm afraid that they will choose the safer option - with this character you can afford psychological, visual, and often just brutal reprisals, but you can also go a bit too far and I do not know if the creators of the series are ready for such a risk.