Pathologic 2 is a narrative survival horror, with the horror of it following how difficult it is to survive. It's also a psychological thriller, in which failure is an inherent part of the experience. The game from Ice-Pick Lodge does a lot of things differently than we, as players, expect. It's at once astounding and unsettling.

In total, my character in Pathologic 2 died eighteen times. "Not great, not terrible," to quote engineer Dyatlov. 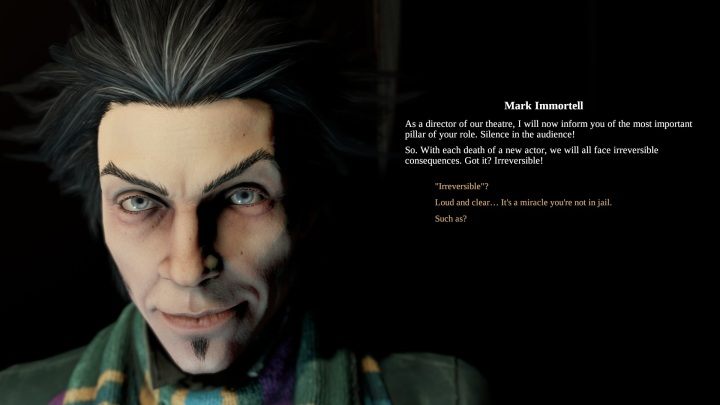 The director wanted to teach me something about death. And indeed, I've learned I'm great at dying.

At some point, games essentially become really complex logic puzzles: we consider the starting conditions, the range of mechanics at our disposal, and we know that if we're able to make the most of them, we'll achieve an optimal outcome. We're soldiers, so we have to fire at the enemy. We're assassins, and here's a list of people standing between us and a happy ending whom we need to assassinate. You know the drill.

The premise of Pathologic 2 is simple: an invariably lethal epidemic of unknown origin erupts in a city insulated from the rest of the world. We enact Artemy Burakh, the son of a local shaman, who's one of three people in the area with any knowledge of medicine. The game presents us with a list of twenty-something NPCs (we can check their health status at any time) and simply tells us we have 12 days to stop the plague. Well, it would seem that if only we follow our survival indicators, fight well, and complete the main thread (along the side quests, of course), we will achieve "the good ending," where everyone survives, and the city's main street is named after the protagonist.

And it's not even about the game being difficult (which it is). The combat system turns out chaotic and rather crude  taking on more than one enemy at a time is just begging to go back to the previous checkpoint. However, even if you're not looking for a fight, simply staying alive will be a challenge. Levels of hunger, thirst and fatigue melt away in front of your eyes, and if we don't have a whole pack of medicines at hand, visiting areas where the plague's rolling isn't a good idea. "Rolling" is not a metaphor  in Pathologic, intelligent clouds of foul air chase us down the streets. This game is really out to kill us. Be warned. 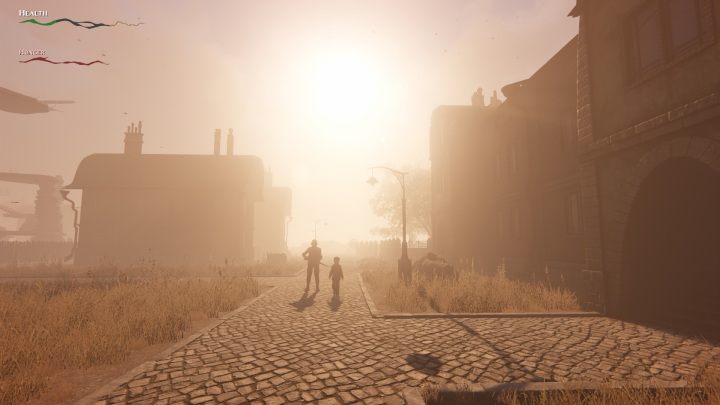 As you can see from the bars, I'm starving :( The sunset is beautiful, tho!

And all that running away, healing, and scavenging the trash dumpsters isn't about doing things right. Its impossible to do everything right; the level of complexity and the pace of events rise the tension so much that we can only cry for help and gnash our teeth. There's a lot to get done. The plot consists of multiple, simultaneously developing threads that are not going to wait until we grace them with attention. Things simply happen, even without our intervention, and we often have to give up an exciting quest because something can be done much closer to where we are, and besides, we still need to find some food. Starving to death is not the preferable outcome. As the rat prophet preaches, it's better to avoid dying altogether.