A Circle of Life has ruled Disneys production cycle in the last few years. At first, a great blockbuster hit appears, often inspired by ideas of other people  sometimes within the limits of bright inspiration, and in other cases in the form of impudent plagiarism. It ends with millions of pure profit. Even if it has been created in the pre-Internet era, it becomes a basis for meme lovers, even sentimental ones. That was the case with Aladdin, which required some story tweaking, cause even Will Smith couldnt match the amazing and bonkers energy of improvising Robin Williams. This has sparked a scandal, controversy, and as a consequence the movie has earned a lot of money. It didnt work out for Lion King. Don't get me wrong. Contrary to popular opinions, the film is not a total disaster. But it wasn't enough. It looks a bit broken and strange, when you are facing the power of sentiment and iconic images memorized in collective consciousness.

Probably there is no man in this world who does not know or at least has not heard of the Lion King story. If you surf the Internet at least once a week, you have no chances to escape from various memes inspired by this very casual adaptation of Hamlet. It's a story about Simba, a young lioness who slowly matures to the role of king and defender of the savannah. His youth is our youth  together with the main protagonist, we met his father Mufasa, got scared of sinister uncle Scar, befriended Timon and Pumbaa, inspired Raffi, future girlfriend Nala or spend time with pompous, brave and faithful Zazu. And if you have watched the animation at the right age, these silhouettes will stay with you forever. In their original form. 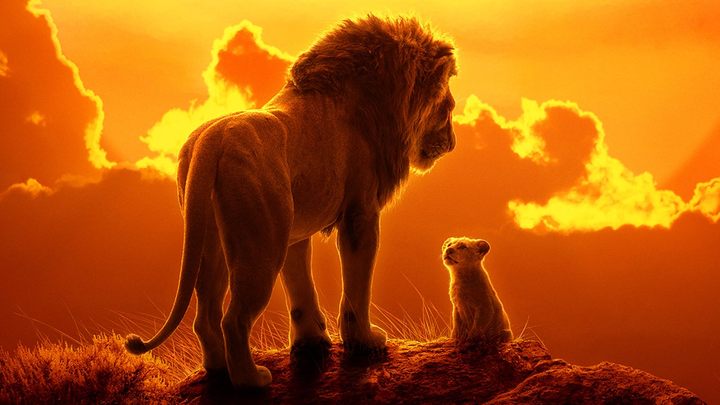 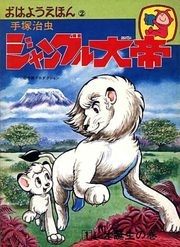 Hamlet was not the only inspiration for Disney artists. They took much of their inspiration from Japan, where since the 1950s there was a manga about Kimba, the White Lion. The comic book was later adapted as a TV series and a film. If you take a good look, you will notice the visual and thematic similarities between Lion King and the Japanese franchise created by Osamu Tezuki. Disney tried to block the American premiere of one of the adaptations of Tezuki's works in 1997. The whole situation attracted the attention of the Japanese press, and on the other hand  even Simpsons laughed at the whole controversy.

John Favreau, who is generally a skilled craftsman with occasional flashes of genius (the first Iron Man), was chosen for the live action version. This time the spark was missing. Or maybe there wasn't enough space to bend it at all. If he had gone too far from the original, he would probably have been crucified by the fans. Lion King is more sacred than Aladdin or Mulan. In the latter, to the disappointment of the fans, the figure of Mushu was cut out.

That's why Favreau took the safe path of gentle and refreshed adaptation. Partly thanks to this  and the skillful implementation  much of his content is still working. Let's start with the positives.

First of all, the iconic sequences that made up the original  most of them still have an impact on the viewers imagination, they can still touch and move the audience. We can nod our head and complain, but remember that we are dealing with a powerful story, which is hard to spoil, even with a bit of directorial intuition. At best, you may cut its wings. That's why the story drags Simba through the Lion Rock, the Elephant Cemetery, the unlucky ravine, the desert or the idyllic hideout of Timon and Pumba. The presented lands look impressive and have been well selected. 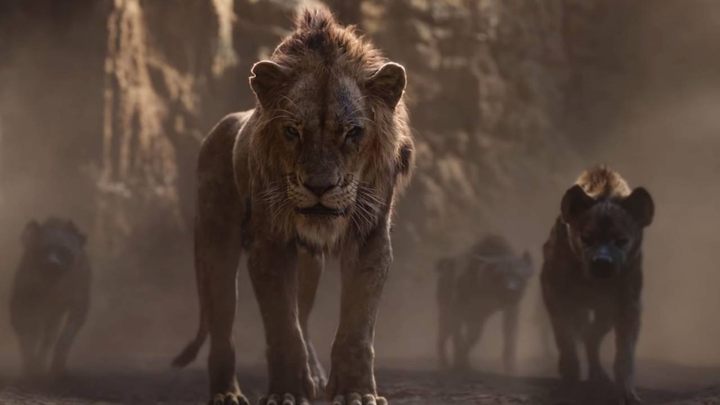 In the course of a few additional scenes, the Favreau team managed to deepen some of the characters. Scar shows a bit more motivation and his past experiences are revealed, which adults might have guessed. Zazu, though exaggerated more than in a cartoon, has his moments of glory. Even the hyenas have been given a little more personality. Although they lack the crazed laughter and their hierarchy has been clearly marked. Nala also got more space for her personal development. And these are positive changes, especially for the younger ones, who do not read so much between the lines, they can see the dependencies, which were barely indicated in the original version.

Most of the songs, despite the changes in the cast, remain catchy and provide the audience with an emotional rollercoaster. Most of them, but not all. The key piece called Be prepared, once a display of the ominous charm of Jeremy Irons, was totally castrated. Do you remember the thunderous kettledrums, the growing momentum of the piece, the frenzy and atmospheric animations accompanying it? Scar standing high on the rock with a march of Nazi hyenas? It resembled a theme of an ominous empire. In the new version and composition, by Chiwetello Ejofor, it sounds like a meeting of a few politicians who plan a little strategy. And generally, this fragment shows the direction of changes pretty well.

Lion King, once a powerful, over-expressive fairy tale, in which every gesture penetrated the subconscious, was toned down on many levels. On the one hand, a few bizarre illogicalities were fixed, which critics pointed out, and the film was made a bit more realistic due to the visual level, but.... After all, we're speaking about modern Disney animation with talking animals personifying Shakespeare's characters. There is no room for any sort of conservatism here. 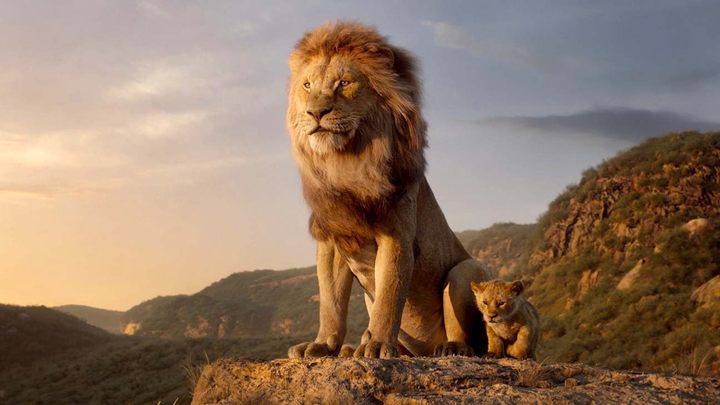 And the live action version is just that  unnecessarily subdued. It's seems a bit... shy. The director, the cinematographer and the editing team, of course, doubled and tripled to render the painted shots of the original, but some of their power resulted from simplifications, exaggeration, enhanced colors  and finally cartoonish, but very human facial expressions, thanks to which emotions were beating in us much stronger. Computer-animated animals lack this unique glare and character, which can be seen in case of Simba  in the original, each line showed that we are dealing with a young kid, whose life is only just going to temper. In this version he looks like a, well.... Beautiful, sweet kitty. The whole sequences are similar. For example, a memorable buffalo scene lost some of its overwhelming momentum when an attempt was made to render it in a more realistic and probable way. All of this has made the film to look like a typical summer movie for the masses.

This is the major sin of this production. The new edition of Lion King is safe and devoid of the energy presented in the original. Actors try their best, Favreau approached the source material with respect and provides a decent film with stronger moments. Despite that the occasional stripping from the subtlety of its predecessor does not help at all. Although you will find beautiful landscapes here, the project still loses on the conceptual and aesthetic level. In addition, one or two sequences of key importance have been cut out. For example, there was a lesson when Rafiki gives Simba advice about dealing with the past. After all, it was one of the most important and powerful moments in the original. In new edition, characters progress too fast and change their emotions in a sudden and instant way. 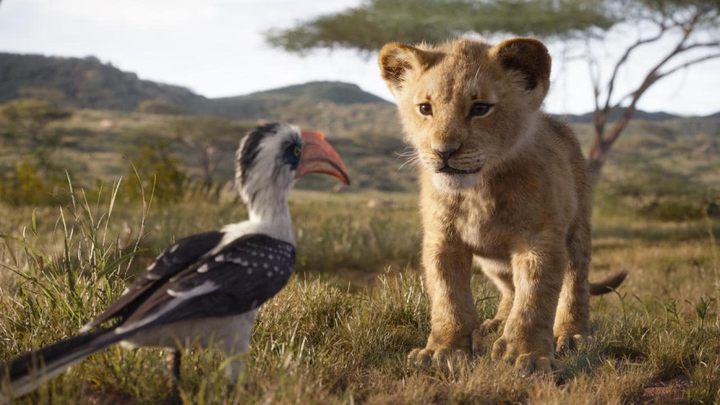 If any of Disney's remakes had the least sense in the story (apart from the financial one) then it was Lion King. For stories about non-anthropomorphic, but still humanized animals, live action formula is usually less suitable. Not as much as a decent cartoon, combined with appropriate colors, which expose emotions and personalities of main heroes. Elements that would might be acceptable in Aladdin, the upcoming Mulan, or even the photocopied The Beauty and the Beast  simply wont work in Lion King, cause main protagonists are not human characters but animals with different set of behavior.

Favreau lost the battle when he accepted to join this project. He tried his best, but he was overwhelmed by a legend, a real object of cult, a series of dynamic images that burst into the minds of several generations of viewers. Don't misunderstand me, the new Lion King is still a touching experience. It's just not an outstanding movie that would make all people cry. Unlike its predecessor.

Like half of the Western world, I can't be that cold-headed when speaking about this screening. In my humble opinion, this new Lion King stood out slightly above the average  all thanks to the powerful source material. There were some interesting improvements, but many scenes were mutilated. Well, I hope that next time John Favreau will get a project which will allow him to have more freedom. And let's watch the original animation again. Maybe one day it will be shown in a movie theater as a throwback legend?