We already know a lot about Doom Eternal. If wanted to go through all my impressions and observations from the last show, I would have to repeat a lot of information from a piece we've published recently. Fortunately, I also saw a few new things, such as the multiplayer Battlemode, a boss fight that takes place around the quarter of the campaign, and some cutscenes. The long session with the game also allowed me to take a look at what might be the biggest drawback of the new installment. 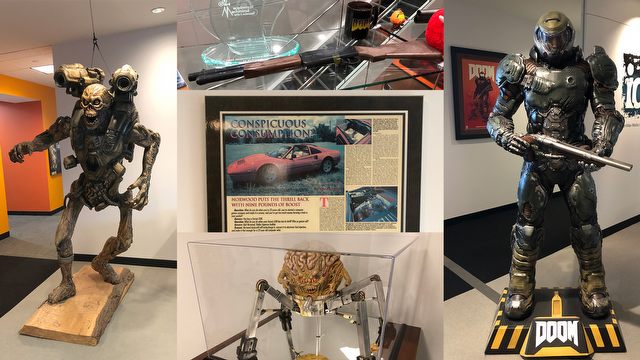 In the studio: a huge figure of the Revenant demon carved in wood with chainsaws; a toy shotgun, exactly the same we used in the first Doom in 1993; in the anti-frame hangs an article from 1994 about John Carmack's Ferrari 328 tuning; a Spiderdemon model of the final Doom boss, and Doom Slayer at the reception desk.

Unfortunately, I still didn't get to see the new weapon  a powerful energy sword  in action, but I took the opportunity to ask the game's developers  Marty Stratton, the executive producer, and Hugo Martin, the creative director  one important question.

Gamepressure: Who would win a sword duel: Doom Slayer or Geralt?

Hugo Martin: I dont know. I dont think the Slayer would bring a sword. I think he would bring a shotgun. So, its hard to say. And that is a very good question, they are both great characters.

So an honorable fight isn't likely  however, Slayer's passion for shotguns is easy to understand, given the fact that Doom Eternal originates in Texas  a state famous for a very liberal right to bear arms, where rifle ammunition lies on shelves next to coffee and chips. And immediately after entering the id Software's HQ, we were greeted by a full-scale statue of the iconic hero, armed with the iconic, double-barrel shotgun. 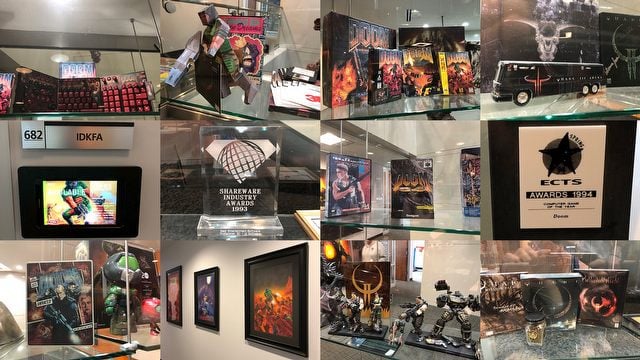 id Software has some real treasures.

Pilgrimage to the source of FPP

The company's headquarters is located in a rather ordinary office building, less than an hour's drive from downtown Dallas. And although this is not the same place and not the same people as in the early 90s (with the exception of the receptionist lady with the most melodic southern accent, who's been working there for 30 years), you only have to step inside to feel that you're in the very cradle of the first-person shooter genre. And that's because the lobbies of the two floors house huge showcases filled with all sorts of trophies and memorabilia the studio has been collecting since the first Wolfenstein and the original Doom.

There are all the awards received by id Software throughout more than a quarter of a century, releases in exotic languages, various statues and gadgets, such as a special keyboard designed for playing Doom 3. An unusual exhibit is a statue of the Revenant demon, carved entirely from wood with chainsaws. Walls, in turn, are covered in original box arts of cult releases, as well as widely considered fan art. Even conference rooms have familiar names, such as IDKFA. It really feels like an FPS mecca, the Doom fortress, similar to the one that also appears in the game as the base of Doom Slayer. 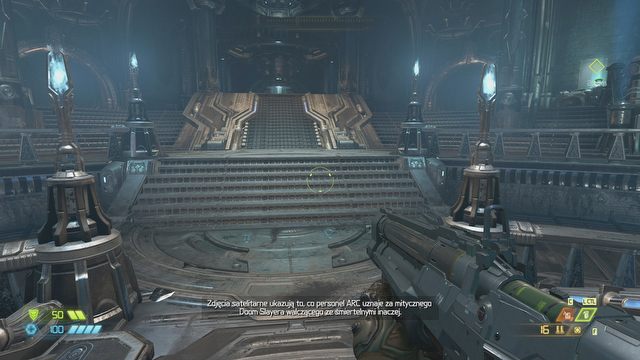 The Doom Fortress looks boring. Hopefully just at the beginning.

Despite so many years on the market, many people, including journalists, still get the pronunciation of the name of the studio wrong. "Id" is not an abbreviation, it's a word. The word comes from the Latin, literally meaning "this," and was used by the famed neurologist Sigmund Freud to describe "the dark, inaccessible part of our personality." Id is the "disorganized part of the personality structure that contains a human's basic, instinctual drives."

Fortress of Doom  does Slayer need a lodge?

Doom Fortress is one of the biggest novelties in Doom Eternal and perhaps also the most controversial. Here's a place, where you can take a break from slaughtering demons, kick back, explore the lore, and watch collectibles displayed on the walls (including the fan art). I don't know how well something like this will work in the Doom formula, and if it's really necessary.

So far, I've seen some pretty interesting ideas, like a Demon Prison located on one of the levels of the fortress, where you can practice fighting the studied monsters at will. The grey-brown decor of the hub, on the other hand, seems very monotonous. It looks bland, it's hard to distinguish individual objects, and it's generally not very interesting. Monotony, however, is about the last thing that you'll find in Doom Eternal. The diversity of locations we will visit, in contrast with the traditional Martian base and hell, is reminiscent of a large RPG. Just at the beginning I visited a devastated metropolis on Earth, brownish wastelands, a futuristic base, and a fortress straight from a fantasy world, located somewhere in snow-covered mountains. 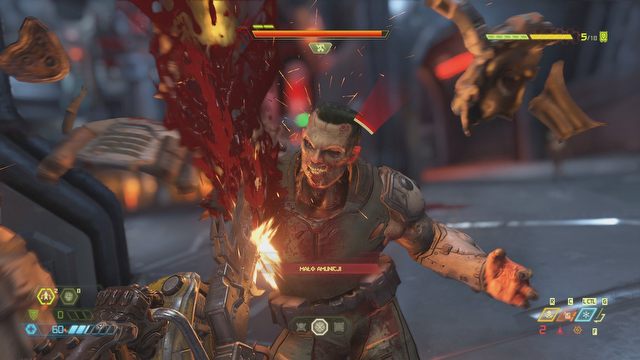 Doomie Eternal is a real ballet with chainsaws, guns and flamethrowers.
1 2 3
Next 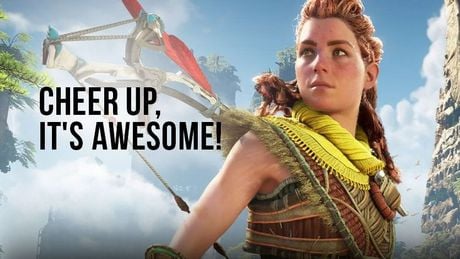 February 2022 could be a month of hits. One of them will be Horizon Forbidden West  a post-apocalyptic open world and an exclusive game for PlayStation. Will PS5 get a truly next-gen title?

According to our users, Doom Eternal for PC was a disappointment - the expectations before the release were higher than the current average user score. Our reviewer rated the game 8.5/10, you can read full review here: Doom Eternal Review  Demon's is in the Details