PATH OF EXILE 2 IN A NUTSHELL

This year's main events of the industry are behind us  the E3, gamescom, and BlizzCon, which took place in early November. During this event, Diablo IV was announced, so you can say it was pretty big! Soon after, a much more low-profile event took place, the ExileCon, that is a special party by Studio Grinding Gear Games, dedicated to Path of Exile  the greatest adversary of Diablo. And there was a bombshell.

This was the first such convention, and everyone expected the developers to announce Path of Exile 4.0. However, to everyone's surprise, they announced... Path of exile 2!

Path of Exile 2, that is, an update the size of a separate game

But rest assured, Grinding Gear Games approach this differently than Blizzard did with Overwatch and Overwatch 2. Path of Exile 2 is actually a huge, completely free update that will rebuild the game from ground up, while retaining old content. We'll get seven new story acts that don't have to pay for. In fact, we won't even have to play them because we'll still be able to use the original ten acts. So, we essentially get a game within a game. 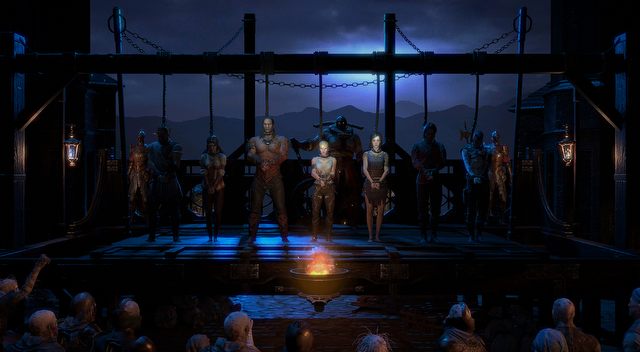 Grinding Gear Games emphasizes that Path of Exile 2 will not be a separate, standalone title. The name may suggest something different, but the sheer number of changes warrants such a decision. The foundation of this update is the revamped graphical layer. Path of Exile 2 will look significantly better than Path of Exile. For example, a ricochet system has been implemented  projectiles will bounce off some surfaces, while penetrating others. There's a good chance that the criticism of the game's crude animations and general ugliness will become obsolete.

The materials presented show that Path of Exile 2 looks totally decent. We can expect new character models, skill effects and an an updated interface. There have been some concerns that the game lacks the characteristic gloom, and looks more like Diablo III; the recently announced Diablo IV looks much more interesting in terms of graphics. And it's not that the new Path of Exile looks bad  it doesn't, but there's not much more to it. There's no graphical revolution, it's just an update.

Quite a surprise was the announcement of Path of Exile for mobile. It was also created by Grinding Gear Games, so no one should worry that the game will emerge from a generic, Chinese F2P factory (but mind you, 80 percent of GG Games belongs to Tencent). On top of that, it's all going to be available for free. To top things off, the developers want to bring their creation to mobile devices almost one-to-one. No compromises are planned, and the devs are set to give the full PC experience to users of smartphones.

In terms of story, Path of Exile 2 takes us 20 years ahead of the events from the original. In the new campaign, there will only be new characters. Old acts are still available, so the old content will not disappear. This applies to both our heroes and the purchased cosmetic items. The old heroes will not be included in the new campaign, because it will introduce 19 new subclasses (Ascendancy).

They will be more diverse than before and we will unlock them in different ways. We already know that in Path of Exile 2, there will be such characters as tactician or beast master. The latter will get the ability to turn into an animal  yes, PoE will get its own druid! 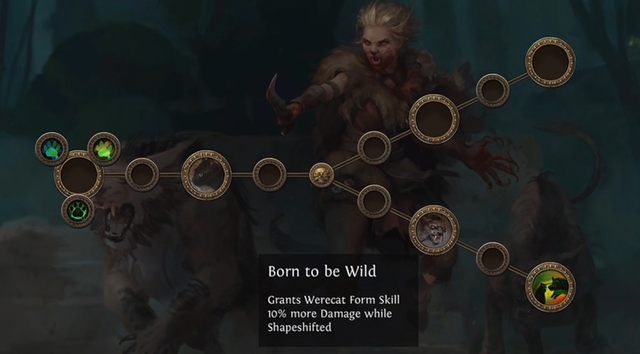 Path of Exile with its own druid.

In addition, Grinding Gear Games guarantees that it will not matter what part of the game we complete  both versions give access to the endgame, i.e. the Atlas. Seven new acts will offer a brand new story that references events from the past. The storyline itself will be more accessible than thus far, and there will be more cut-scenes. At the same time, the original will continue to be supported, and all novelties and changes will include both versions. There will be two stories, but only using the graphics and mechanics of Path of Exile 2.

The developers also explained why a single character will not be able to complete both the campaigns. From the story perspective, the hero who completes the original campaign, will be the villain of the new one. So we're not able to continue the story with the original character.