Among the most hardcore gamers, Ubisoft's reputation is, to put it mildly, tarnished. Many people believe that the French studio makes highly repetitive games, often cannibalizing large portions of their previous installments. Personally, I'd argue that, for such a huge studio, Ubisoft isn't afraid to take the risks with many of their games. Sure, the next Assassins' Creed wont be a breakthrough, you can expect another Just Dance to come out sooner rather than later, and R6: Siege, despite commendable support, doesn't change that much over the years. At the same time, though, we get great games like Anno 1800, some really quirky South Parks or Mario + Rabbids Kingdom Battle. Last year, however, Ubisoft faced another backlash, this time after the release of Ghost Recon: Breakpoint  a game so derivative it would be hard to guess which Ubisoft game you're playing if you didn't know. There was a moment of contrition, some of the upcoming releases were postponed to focus on the games closer to the end of production, and the result was a complete severance of any news regarding Gods & Monsters. 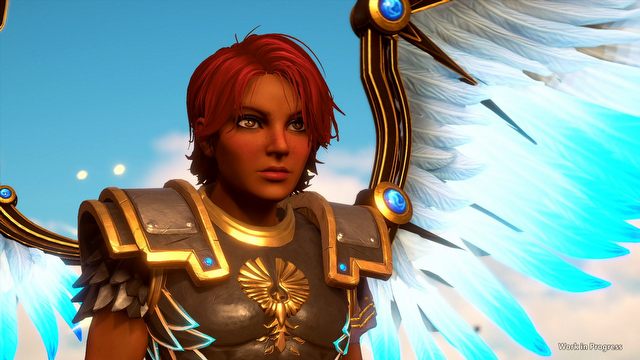 It was quiet because this production had undergone huge changes. First of all, it's no longer called Gods & Monsters, and now the title is, at least for me, even more meaningless  Immortals Fenyx Rising. The artstyle has been changed slightly, some of the systems have been rebuilt and the game will be released in December, to the delight of... Well, it's hard to say who's actually the target audience of Immortals. So, let me tell you a little bit about my impressions from the two hours spent playing Ubisoft's (another) Greek adventure, and then try to determine who should be interested in this game. 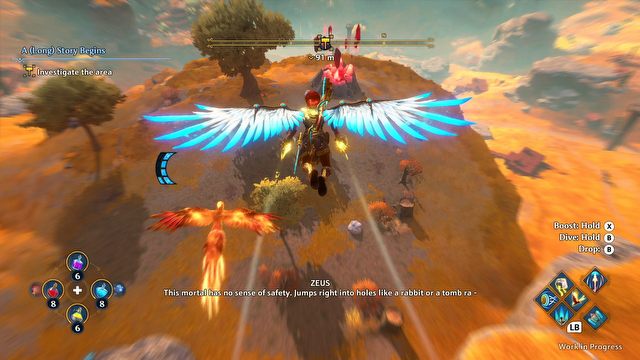 Immortals Fenyx Rising is a production set within the Greek mythology. As a mortal girl named Fenyx, we get to the Golden Isle, which is made of seven areas/biomes ruled by various deities. In each of the regions, we will have to aid the gods  in the demos I played, we were sent to light a fire in Hephaestus' Forge to restore the mythical blacksmith's memory. Of course, it turns out the troubles in paradise are the making of a malevolent creature. The demo suggests that it's Typhon, son of Gaia and Tartaros, and for some reason his appearance really reminds me of Dragaux from Ring Fit Adventure. There's a very good reason for that. 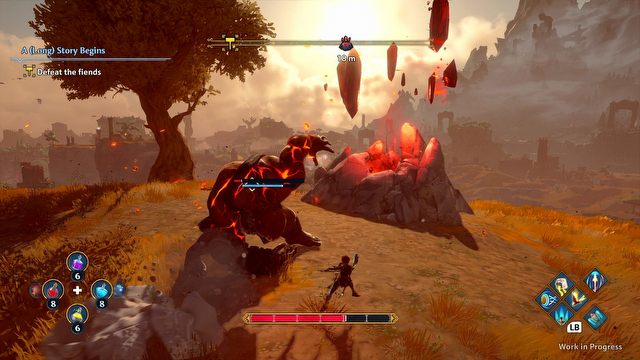 The story, however, is only an excuse for exploration and elaborate environmental puzzles. This game is a sandbox full of mythical creatures and brimming with puzzles, riddles, challenges and all sorts of activities that require an able mind. We'll be able to travel on foot, ride our faithful mount, or fly like the mythical Daedalus. Now know why Gods & Monsters is sometimes referred to as Ubisoft's answer to Zelda: Breath of the Wild.

The game also features some combat, of course  after all, no genuine mythical conflict can be resolved with intelligence alone. The primary weapon of Fenyx is a sword; then, we also have an axe, for heavy duty fighting, and a bow. In addition, during the fights, we will use various "divine" skills, which look an awful lot like resemble used by Kassandra and Alexios in 2018's Assassin Creed. And you know what, when I think of it like that, the interface looks like it was snatched right from Odyssey. Same as the equipment system. And the ability to manually control arrows in flight. And our flying companion, called, if I remember right, Phosphoros. And if you look at last year's trailer, it says it's made by the studio responsible for the Greek installment of Assassin's Creed. Ah, Ubisoft

Of course, we're still quite some time ahead of the release. I'm almost certain, though, that Prometheus (next to Zeus, one of the narrators of the fragment I played) was voiced by Mr. Elias Toufexis, known as the voice of Adam Jensen and Leonidas/Nikolaos from Assassins Creed Odyssey. Two Greek roles in one go? Zeus, on the other hand, is played by... Socrates. Nothing goes to waste! 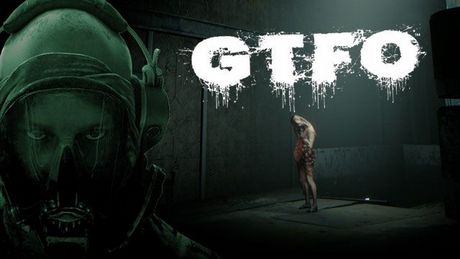