I don't know about you, but when I was a kid, I really enjoyed breaking toys. A New teddy bear? Let's see what's inside! A battery-powered car? Let's see what happens if I hit it with hammer! New, sisters Barbie doll? Let's see if it can fly! Thanks to MisBits, the joint-production of two development studios, Pow Wow Entertainment and Purple Lamp Studios, I could return to those juvenile memories of incessant experimentation, concerned looks from parents, and the echoing, loud cries of my sister (Martha, I'm really sorry). 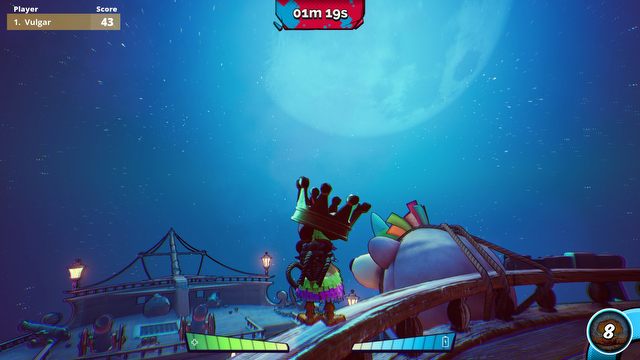 The idea for the game was one of those creative brainwaves: let's make a game where players will create their own "mini-games"  levels where they will fight in different, unusual game modes. Let's combine an online multiplayer shooter, add skills and ultimate forms straight from hero shooters, build levels bristling with puzzles and traps, and then invite the players in and let them create at will. Plot twist: instead of heroes, you control... heads (have you ever pulled out a toy's head? Right!). To survive  regardless of the mode  you must take on various toys scattered across the board. Only then do you become a dangerous, destructive and fearful fighter made of plastic, plush and rubber. 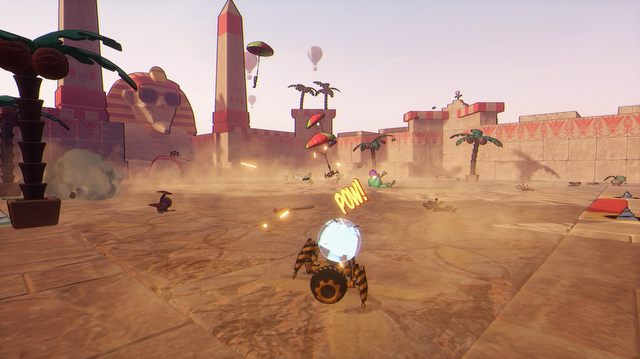 Classic deathmatch in MisBits means a lot of chaos, but the levels seem pretty empty.

In the closed beta of MisBits, we were able to test the game in three modes. The classic deathmatch, interesting 2v2 KickBrawl (vide Rocket League, but with heads and toys instead of cars) and ToyHunters (a supertoy spawns somewhere on the board, and players try to catch it). The developers also shared some interesting maps  each of which is the embodiment of one, sometimes pretty off-beat, idea for gameplay.

So I played dodgeball, wandered through a large maze bristling with traps, captured colored blocks (the team that has the most, wins), or just tried to figure out what the level was about. Because you see  MisBits is like a virtual room with toys, and when you first enter to a certain level, you must explore and understand its rules. And these, as I mentioned, can be really weird. Especially if you allow players to create them.

This is what will be the main thrust of MisBits. The creativity of the authors of individual levels will determine the quality of fun. And it will also be a major factor in the game's potential success. Because MisBits, which you'll quickly recognize, is a game created for the community  for all those let's plays and streams. Hence the high pace, the humorous, candy graphics (with onomatopoeic bubbles) and a slew of moves that you can use against the enemy.