Among Us Game revisiting

"Man is the cruellest animal," Friedrich Nietzsche wrote, and humanity, just given the events of the past century, has proved him right. But does each of us hold an element of extreme evil, sick cunning; a tendency to manipulate even those close to us? Would we all be able to abandon our friends in cold blood just to enjoy elusive success? Is plotting, lying and cheating to get to power really our second nature?

After more than a week of nonstop playing Among Us, I am convinced that the answer is: "It sure is XD."

If you haven't heard of this production in the past month, we hope your hermitage adventure has brought you the expected spiritual illumination. This game, simple both in terms of gameplay and graphics, has taken the gamer community by storm; in an instant, players forgot the similar multiplayer game, Fall Guys, in favour of becoming the worst possible version of themselves.

Have you ever played Mafia? If so, you should have a rought idea of what Among Us is about. Skeld (let's be clear: most players begin and end their adventure on this map) accommodates up to ten players, among them two or three moles. Ordinary crew members walk around the deck, performing tasks whose degree of difficulty ranges from easy (memorizing patterns) to daunting (switching levers). The moles pretend to be working with everyone else, but their goal is to gradually kill more players and sabotage the ship's operation. It's that simple. All the fun, however, begins during the meetings. When someone discovers a dead body or sees something suspicious, they can call a meeting where the crew debates the identity of the mole and votes on who to throw out the airlock. It is not hard to imagine that in order to win as a regular member of the team, one must possess deductive skills and a detective's knack, while cheaters must demonstrate cunning and, above all, excellent manipulative skills. Without a good alibi, nothing's gonna cut it!

For a while I was really reluctant to see what this phenomenon was about, but when I lost my GPU and was left with the integrated one, I sort of no longer had a choice, and downloaded Among Us. It has virtually no system requirements, it let's you hang out with friends, the rules are based partly on Mafia, which is a real party sensation... Once I was in, I was in for good. But what began as innocent entertainment with friends quickly morphed into a dark festival of manipulation, deception, groundless accusations and lynching of innocents. To put it short: it was awesome. So, in order to make entering this brutal world of plots and betrayals easier, I invite you to read some of my impressions. Here's five things that Among Us has taught me about human nature.

I played a lot of games during the pandemic and most of them were good. Really good. I'm talking Doom Eternal, Dark Souls 3, Deus Ex: Mankind Divided or my beloved The Long Dark. In Among Us, people walk around with an improvised GIMP, and the biggest challenge is to drag the card through the reader at the right speed. And yet, this was the only game so gripping that I found myself playing it from late evening through early morning, and still had a hard time leaving it. 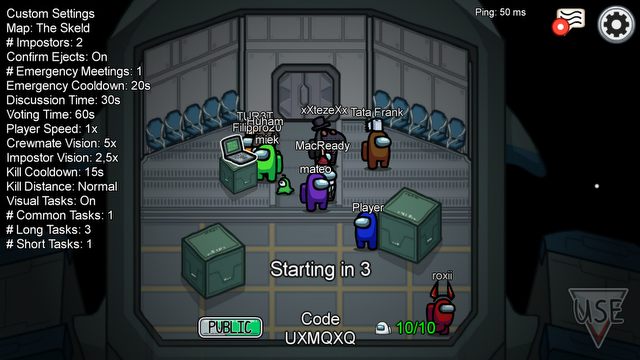 We're all gonna hate each other once this ends.

It's easy to see what's really addictive about it. Is it all that fun to be a reliable crew member: connecting different-colored cables together, typing codes and switching dials? I don't think so. Among Us is not the domain of the angel, but the devil on our shoulder. The ability to decieve several people at once by inventing evil machinations, the rapid heartbeat after each murder and successful evasion, snickering quietly, listening to others cast accusations, and then cast innocent bystanders overboard... This production really resonates wonderfully with the ugly side of our nature.

No wonder, then, that Among Us has its own "one more tour syndrome." In this case, it's "the last game of impostor and I'm done" (of course, you have to draw it first). Having to do chores as a crew member and being a useful part of the team is an unpleasant duty . Being able to kill and blame it on others is the reward. I don't know why we get so much pleasure from deception – but the developers really exploited it as much as they could.

All flavors of paranoia

But while being the worst version of yourself is a goal when playing the impostor, there is often no excuse for the behaviour of the remaining crew members. Before I started playing Among Us and only heard about it, I thought every game was like the movie It (phenomenal, by the way – if you can see the 1982 version). In that movie, a group of scientists came up with ideas to force an alien, able to morph into anything, to reveal its true form: they constantly accuse each other, but ultimately manage to force the monster to reveal its terrifying form, and then burn it. Common sense combined with flamethrowers and dynamite eventually overcomes any paranoia. In Among Us, in nine cases out of ten, paranoia wins. 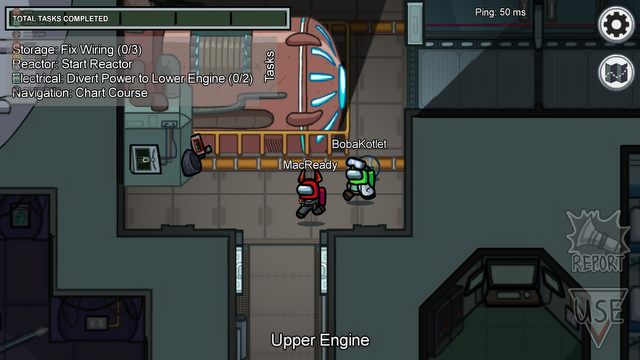 I'm sure that if the alien from It came across a group of players, it could, after the first victim, sit in a chair with a cup of warm milk and watch everyone else slaughter each other. If a body, or something otherwise suspicious is spotted, anyone can immediately call a meeting where the team decides who to throw out the ship. I myself was often relegated to the place where no one hears your scream for the following reasons: 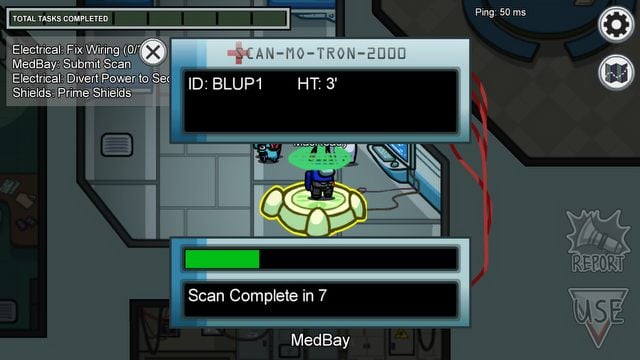 Completing a task with a visible effect is the only sure way to avoid accusations. But you won't always get one.

And perhaps most frustrating of all: just to be safe. impostors can be annoying as hell, and most players turn into genuine manipulative geniuses, able to swear on their mother that they're innocent, but if you throw someone under the bus just so that a crew meeting doesn't turn out futile, you're the real monsters. Remember that.